In this mission you receive very powerful scrolls that you can use on a battlefield. They are powerful spells from Mages Guild so use them wisely. You can replay this mission a few times to get more scrolls. 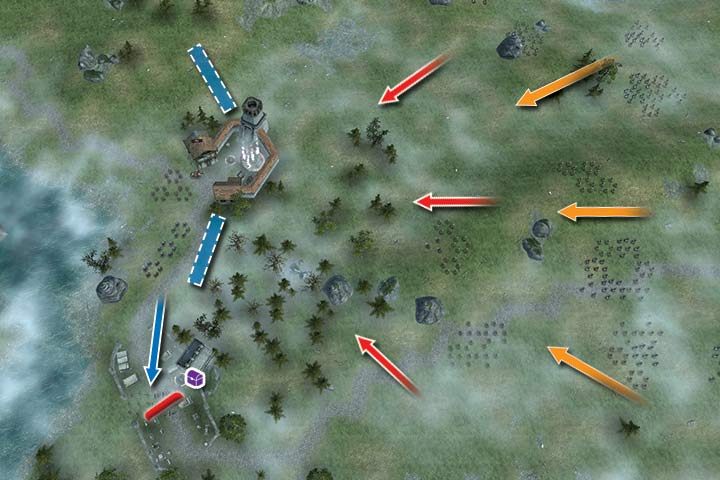 The mission starts near a small mansion. Leave your army here and order your hero to go to the skeletons located in the south. Two charges from far away should be enough to defeat the enemies and, thanks to that, you will be able to save one Fire Rain scroll. The chest contains additional 6 of these scrolls and 3 Rage scrolls. Rage can be used for diversion and turning enemies against each other. A unit that was hit with the Rage scroll loses control and starts attacking all nearby units. This can attract your enemy's attention. Use Fire Rain to eliminate groups of enemies. Also, you should try to use it on more than 3 squads at the same time. Otherwise, you will only waste a scroll and money.

The enemy is coming only from the east. Scrolls make this mission much easier but you can still win with only using your army. Playing the mission on a higher difficulty (orange markings on the map). The difficulty comes from an increased number of units in each of the groups. Here, you may have to use a scroll or two.