Your task is to defend a village and civilians. The enemy attacks from many directions. However, you should be able to defeat the Goblins without any problems. 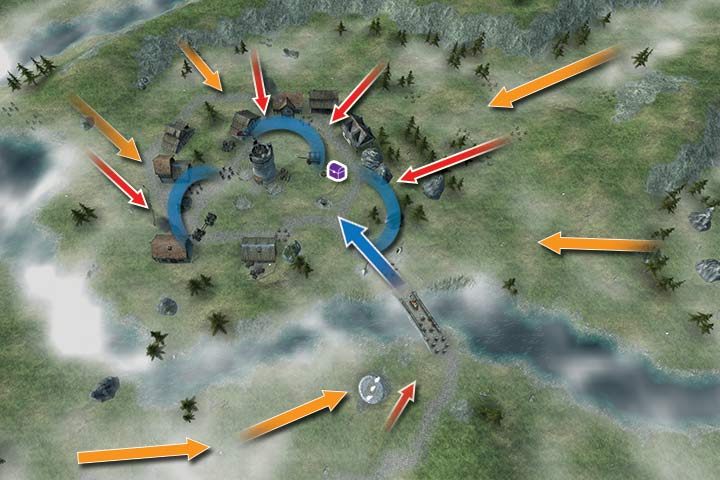 Your units are right next to the village. You can summon additional squads from the other shore by using the nearby teleporter. Use the hero and Cavalry to counterattack the Goblin units that head from east. Send the rest of your units to the village so they can defend from armies that approach from north and west. You can also send Infantry or Militia to woods and use protection provided by trees to defend yourself from enemy attacks and reduce loses from enemy arrows.

Playing the mission on a higher difficulty (orange markings on the map). The enemy gets additional units that are placed in the east and the west. They won't join the action right away but you will quickly feel their presence. After that you have to prepare for Goblins that will attack from south. They will try to cross the bridge. This is an additional location that you can defend. The best way to do that is to place your hero on that bridge and move the rest of your army there once they deal with enemies in other parts of the village.