Although the rules of Hex Commander do not seriously deviate from your typical turn-based strategy, the game also features some unique mechanics. This chapter was designed to help you get through the initial hours of the game. 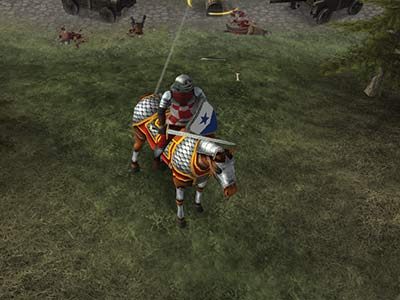 In each mission, you will be commanding a hero, who will be the strongest single unit of your army. You can upgrade the hero in between missions: increase their health and attack points or upgrade their skills. Don't be afraid of using the hero's full potential in battle; don't keep them at the back unless their health becomes really low. The hero can use potions as well as spells (later in the game via scrolls). 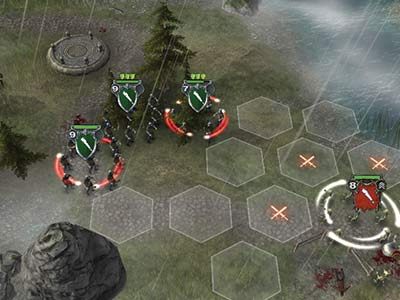 If you can, only attack smaller groups of enemies. Before making a move, always check the range of the hostile units. This will allow you to avoid their counterattacks, thus minimizing your losses. Groups consisting of 2 or fewer units will deal less damage - that's why reducing the number of hostile troops should be your priority.

Use the teleport; upgrade it first

Each scenario gives you access to a teleport, which allows you to summon reinforcements from your base onto the battlefield. Use it to strengthen your army. In some missions, your whole army will consist of the teleported units only. Before deploying the units, see what kind of force the enemy has at their disposal and what are the mission objectives. If you have to storm enemy positions, the cavalry is invaluable; if you need to defend yourself, consider using heavy infantry and ranged units. Upgrading the teleport with gems provides you with greater flexibility during battle, so make sure to prioritize it.

No zones of control and counterattack

What this means is that you're able to move as close to the enemy as you wish and attack them with any kind of unit without being afraid of a counterattack. This allows you to close in and destroy the enemy. On the other hand, you need to remember that the enemy is also free of these limitations. If possible, plan your moves in a way that will let you stay out of enemy's range before the end of your turn. You can check the enemies' range by clicking the given unit.

Take good care of your units 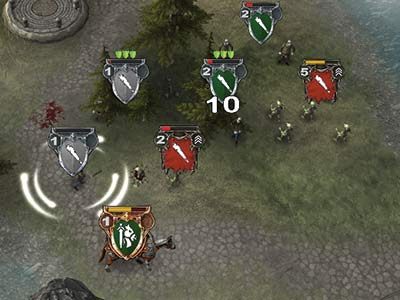 At the end of each mission, you will get additional coins for each group that managed to survive. Try to keep the weakest units in the back - they can be used as decoys or to finish off the weakest enemies. However, most of the time groups consisting of 1-2 units (apart from mages, catapults and cavalry) are quite useless on the battlefield, but can yield additional income if they survive.

These are two main currencies in the game, and they can be obtained quite easily. You'll usually get around 100 coins for finishing each mission (sometimes less, if the mission took a long time) plus one gem. The coins can be used to buy potions, scrolls and units in the base. You also need them to bring in reinforcements during missions. The gems are needed to erect new buildings, upgrade the portal, the hero, units and buildings. Gems are quite difficult to come by, so the priority should be unlocking new buildings rather than upgrading the existing ones. You can also exchange coins for a gem at the Jeweler's building (which is quite expensive) or purchase them via microtransactions for real money. 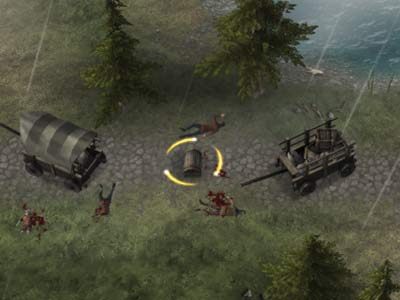 It is a challenge, but you should try to replay missions on a higher difficulty. You will get more coins and an additional gem. There are two collectible chests in almost every mission - only the hero can pick them up. The chests will appear on the map regardless of whether the given mission had already been finished or not. The location of the chests does not change, nor do their contents. It's best to replay the missions that yield great scrolls or elixirs.