Heroes of Might and Magic V: Hammers of Fate Game Guide by gamepressure.com

Heroes of Might and Magic V: Hammers of Fate Game Guide

You start the mission with Freyda. You must conquer three castles, extend them, make an army and to defeat Duncan. Piece of cake. Occupy all mines and leave little units in them. Tiring. Explore entire map, plunder dungeons and collect the mighty army. Long-term. 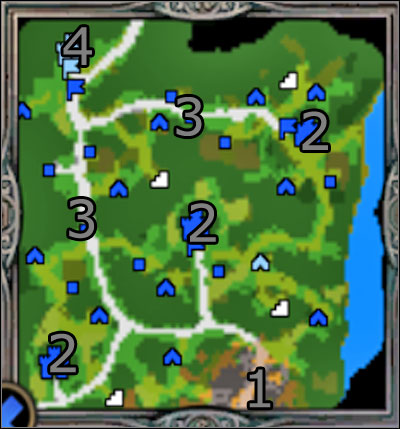 Hero: Freyda will reach maximally 21 level of experience. You can again exchange treasure chests for experience. Having three extended castles and a gold mine you will be making a fortune still. The heroine already has a little bit of mana on this level, it is worthwhile to invest into attributes which improve your Magic (the group Acceleration and the Resistance) when making levels.

Bonus: Choose Vindicators as the bonus before missions beginning. Thanks to Vindicators you won't be losing the base forces for leaving them in mines. And unfortunately you must do it. In the other case after two, three rounds the mine will be retaken by the opponent (peasants units will turn up from nowhere and they will occupy the mine). Therefore always leave 10 Vindicators or a few Griffins in the mine. It will be enough for a long time and you won't be worrying yourself for resources.

You turn up in (1). You have to occupy all mines on the map. These are needed since you have to capture three castles (2). First head to castle in the centre of the map and make sure to take over the ore mine (incredibly important - this mine is found right next to the centre castle. That is the only mine that belongs to the sea player temporarily, on screen above. Remember that the majority of buildings of the Haven require the big amount of this resource). Then take over the rest of castles and gather anything you can from the map. Extend your castles maximally, in order to produce Cavaliers in two of them and rest units in all three.

Attention - regular popping into the inn is recommended. There is a big chance that you may recruit a hero who has the Recruitment skill. Thanks to that he will increase a weekly growth of units in the castle where he is stationed. It is very useful because you the longer you are gathering your armies the more powerful army of Duncan becomes.

You will defeat the majority of opponents on the map with your base units. Also garrisons, which guard passage to Duncan's castle, should make no problem (3). As a part of waiting for growth of units before the final battle (4) you can go to dungeons (four ways, icon of white steps on the map). 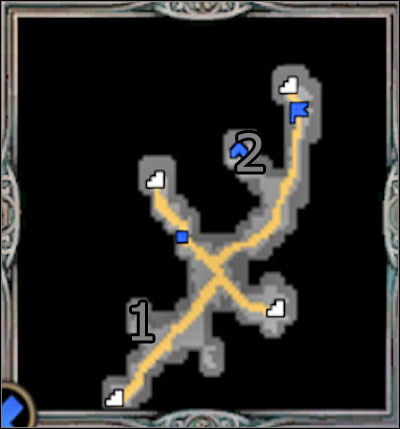 There are two interesting things here. One is Elementals' shelter which can be found on the south (1). There are 15 Elementals of each kind. Eliminate Water Elemental as soon as possible - he possesses nasty Ice Arrow spell. This place will provide you a large number of resources of every type once a month. And there is a gold mine to the north (2).

The success in the final fight depends on shooting units. Zealots and Evil Champions will support you after capturing two castles. You will be also able to train Squires or Priests for yourself. However by collecting Marksmen from all three castles after a few weeks you will be able to blast away Duncan's army with one shot. 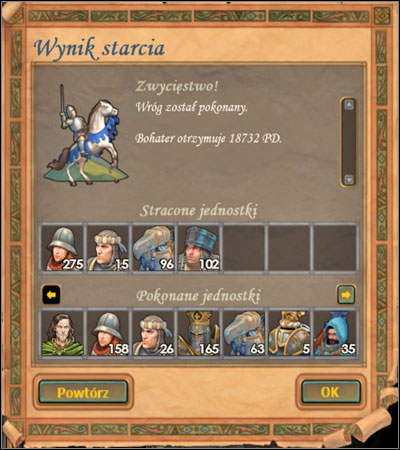 As you can see the battle can't be won without big losses on both sides..

You will complete the mission after winning his stronghold.

Heroes of Might and Magic V: Hammers of Fate Game Guide is also available in our Mobile App
FREE IOS APP