This guide for Curse of Naxxramas, i.e. the first adventure for Hearthstone, is a plentiful source of knowledge about the cards available in the game and opponents. From this guide, you will learn how to complete all five wings of the fortress, defeat all of the bosses there. The text suggests the individual decks for the individual battles, as well as simple tactics that will enable you to win those battles. From this guide, you will learn about how to complete the game in both the Normal and the Heroic mode. Also, it the text describes class challenges, which take on the form of logic puzzles that you solve using the cards prepared by the developers. Thanks to this guide, you will learn what you are going to be rewarded with for defeating the individual opponents. The Curse of Naxxramas is the first adventure that focuses on the single player mode, created for the popular card game Hearthstone: Heroes of Warcraft, which is set in the Warcraft universe, authored by the Blizzard Studios which officially debuted in the middle of the March 2014. The popularity of the game was high even, at the stage of its month-long bets tests. The reception of the game made the developers announce the introduction of the single player mode, in April that year. This is what the Curse of Naxxramas is. While playing, the players can visit five realms of the Naxxramas necropolis, known from World of Warcraft. These are the The Arachnid Quarter, The Plague Quarter, The Military Quarter, The Construct Quarter and the Frostwyrm Lair. You gain access to the individual wings of the structure by using the gold that you obtain in the game, or by paying with the actual money, in the microtransaction system. 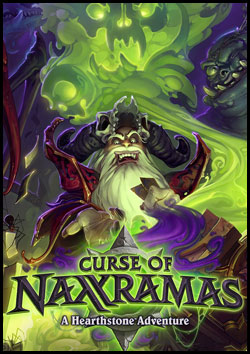 Are you prepared to face the horrors lurking within the dread necropolis Naxxramas? Curse of Naxxramas: A Hearthstone Adventure is just about ready to open its gates to the world. There’s a whole host of undead monsters inhabiting the halls of Naxxramas, ready and waiting to defend their lair against Hearthstone’s heroes. If you . . . somehow . . . manage to defeat them, you’ll be rewarded with ghastly new cards for your Hearthstone collection!

Hearthstone: Curse of Naxxramas Game Guide is also available in our Mobile App