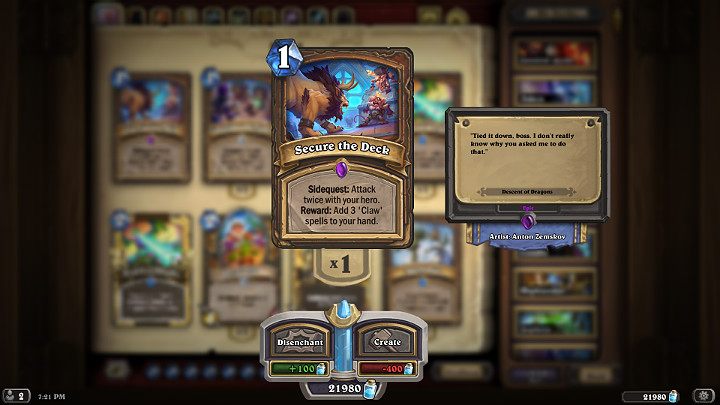 Sidequest is a new kind of spell in Hearthstone that has been added in the Descent of Dragons expansion set. Sidequest cards have different effects, depending on the character class. For example, Druid's spell, Secure the Deck, can be executed only after your hero has launched an attack two times. After using the Sidequest you will receive 3 copies of the Claw spell in your hand.