Harry Potter and the Order of the Phoenix Game Guide & Walkthrough by gamepressure.com

Harry Potter and the Order of the Phoenix Game Guide & Walkthrough

Honestly, I'm not a good gobstone player. Without any power meter you play on a hunch. There are 3 variants of playing gobstones: classic (knock 7 gobstones out of the circle before your opponent does - that's the one that caused me plenty of trouble, my advice: don't hit the gobstones with first snap, let your opponent do that), jack stone (after four snaps your gobstone must be the one closest to the jack) and snake pit (similar to jack stone, however instead of jack there's a hole in the floor). In order to beat a player you have to win 3 times. Players' locations are shown on a map below. 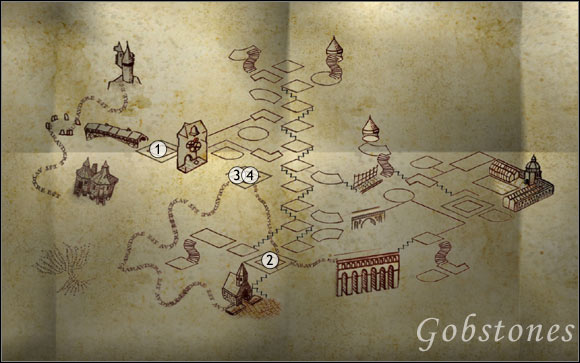