The creators added the 5th school year at the beginning of September 2018. They claim that it is the largest and most robust year available to this point, in the game Harry Potter: Hogwarts Mystery. Year five introduces many changes - it adds new faculty members, new items, and the long-awaited final exams, Ordinary Wizarding Levels (OWLs). The exam results depend on the efforts of the player, and not on their character's skills.

Additionally, the game now features characters like Cuthbert Binns, Madam Rakepick, as well as other members of the Weasley family.

Year five is the shortest one yet - it consists of seven chapters. 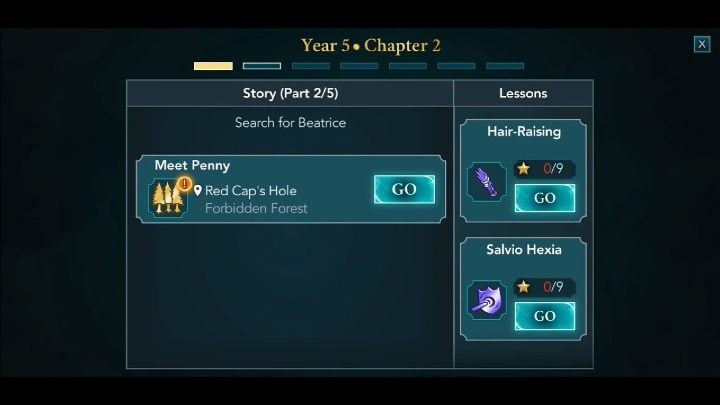 Ghouls - your first Defense Against the Dark Arts lessons will start in the first chapter of this year. You won't have to collect any stars there, it's enough if you arrive at the last event.

The Cheering Charm - you can use it during duels; it causes sudden attacks of laughter.

Hair Raising - you learn how to brew this potion during the second chapter; it's neither useful during missions nor in combat scenarios.

Salvio Hexia - this is a defensive spell. Thanks to it, you can stay undetected for your enemies.