Basic information about controls and system requirements in Harry Potter The Hogwarts Mystery.

The section below contains a walkthrough for controls of Harry Potter: Hogwarts Mystery. The whole game is controlled by simple clicking on the chosen icons. 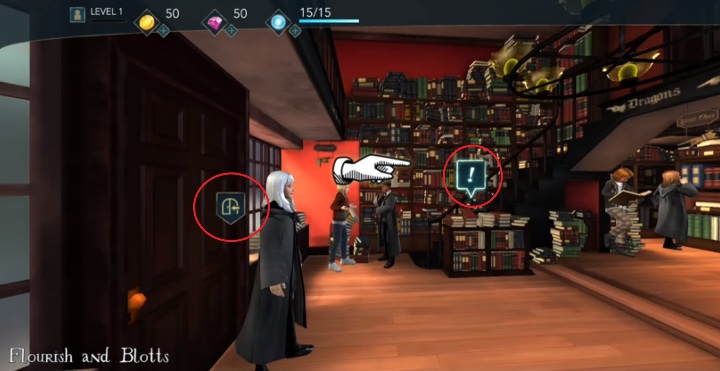 The game enables you to click on characters, objects, or furniture. You can interact with most of these objects - simply press on the chosen icon to perform the action. The screenshot above contains two such icons. 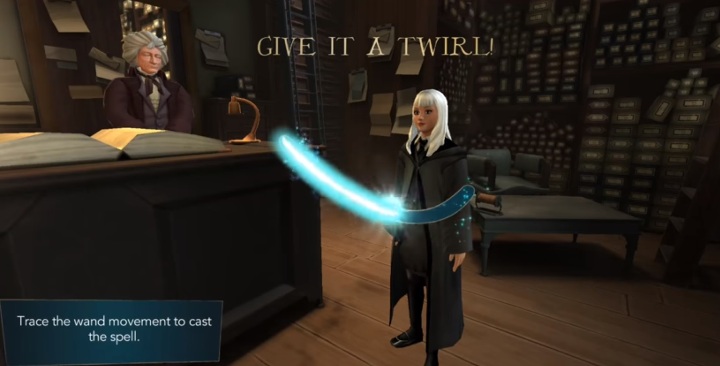 Sometimes, you have an ability to choose a dialogue option when conversing with other characters. To do so, you need to click on the chosen sentence.

The game works in the horizontal mode - normal mode is not available.

Harry Potter: Hogwarts Mystery has been released for mobile devices utilizing Android and iOS operating systems. Android users need at least Android 4.4., while Apple users require iOS 9.0 or newer. The game requires just 250 MB of free space. The contents of the game far surpass its meagre size - the authors have introduced a conversation system, fully-fledged combat, and spell system. As a result, you'll learn new spells and utilize them in combat against more and more powerful enemies.