Get Anders to the LZ.

It's something like "follow the arrow". Just select your units and move them, where they want you to move them.

Well, the Pelican is going to be shoot dawn. You cannot do anything about it. Use the teleporter then.

Well, just stick your units together and wait for the transports.

OK - this is where the real mission begins. You have some Spartans - so let's go find some enemy base. You should be able to easily destroy enemy base.

Build your own one. I recommend teching it up and creating Voltures. With Voltures - nothing is going to stop you.

IMPORTANT - build Anti-Air turrets! Enemy is going to often attack you with Banshees!

There are some Flood nests on the map. All Bomber Forms can surely be found there.

Take control of the Scarab.

In some point of the mission you are going to encounter a Scarab captured by the Flood. Kill all of the Flood and capture it, using the Spartan's ability to capture units. It will surely come in handy.

Western corner of the map. 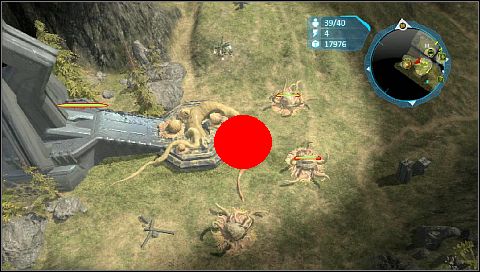 On the plateau nearby one of the bases. 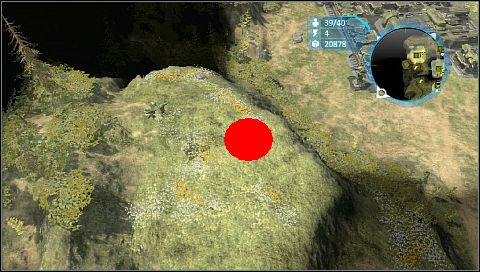