It's one of the most sofisticated mission in the whole game. Main objective is simple - you have to destroy the Scarab. It's incomplete and just standing in place. But it sweeps the whole map with it's seeking beam - when any of your units gets in it - it soon is going to be blasted with Scarab's powerful laser.

I recommend the Scorpion tanks for these mission. Build lots of them, start destroying power nodes and then - the Scarab itself.

Destroying the Power Nodes slows down Scarab's head movement. It's is very hard to kill it if don't eliminate the Power Nodes. They are boxes connected to the Scarab with lots of wires.

Locust is a walking laser cannon. It's extremely effective against buildings and has an incredible attack range. But with Scorpion tanks - they aren't much of a problem.

North west side of the map near one of the Power Nodes. 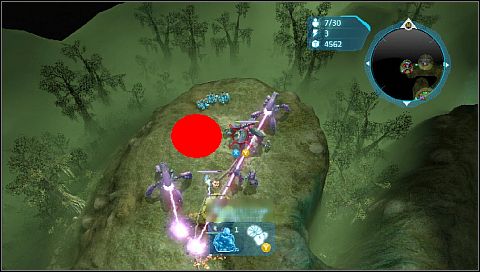 North east part of the map - among other goods. 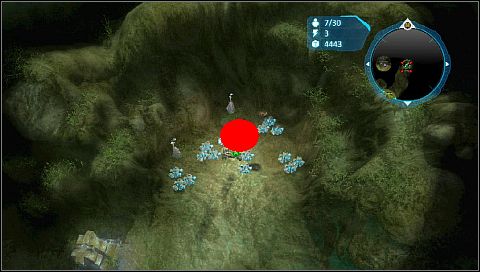