On this page of our guide to Halo Infinite we've described the boss fight against Escharum, which takes place in the late-game during the House of Reckoning main mission. You'll learn about the Banished leader's unique attacks, how to weaken Escharum and how to sabotage the War Chief's shields during the fight.

Escharum - location of the fight 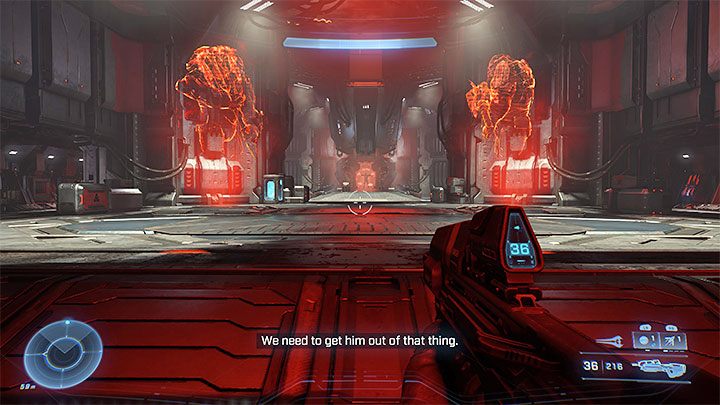 You'll confront Escharum in mission 15 - House of Reckoning, soon after defeating the previous boss, Jega 'Rdomnai, who we've described on a separate page of this chapter.

Use the elevator after dealing with Jega. It will take you to the chamber pictured above, where the pilot is being held. 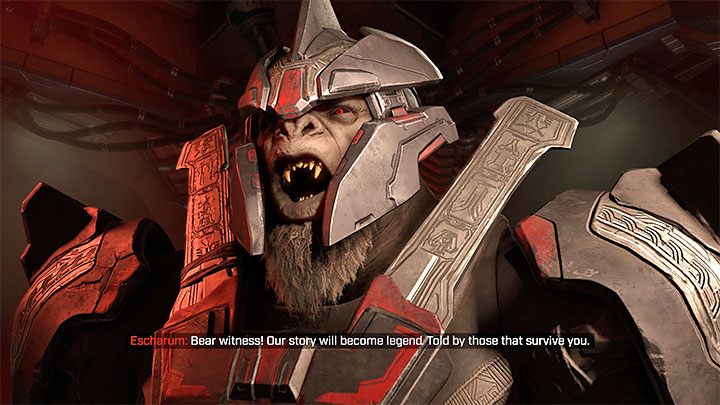 You should definitely use this opportunity and look around, find better weapons and restock. Make sure that you're well-equipped before starting the fight.

Escharum appears once you try using the console to free your ally. 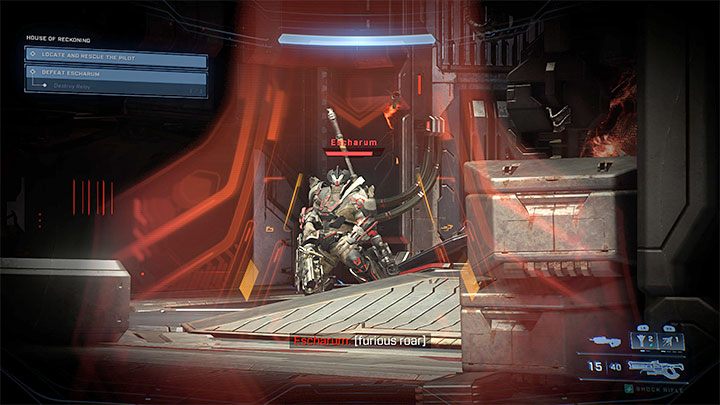 By default Escharum doesn't have a shield (this will change later - we've described it in more details later on), but despite that he's a very durable opponent and draining his red health bar is a lengthy process.

Attack the boss from a distance, don't risk fighting in melee or in melee range. Move away from Escharum if he starts approaching you. 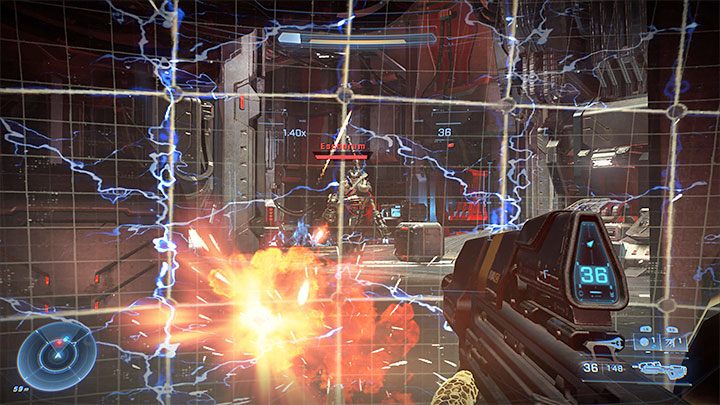 We don't recommend using heavy weapons that are held in both hands at once. Master Chief is very slow when carrying them, giving the boss an opportunity to get close and attack.

To avoid Escharum's fire you can hide behind cover or use Drop Walls. 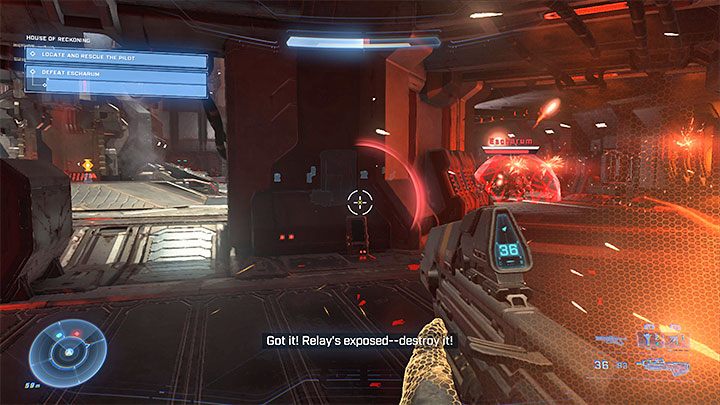 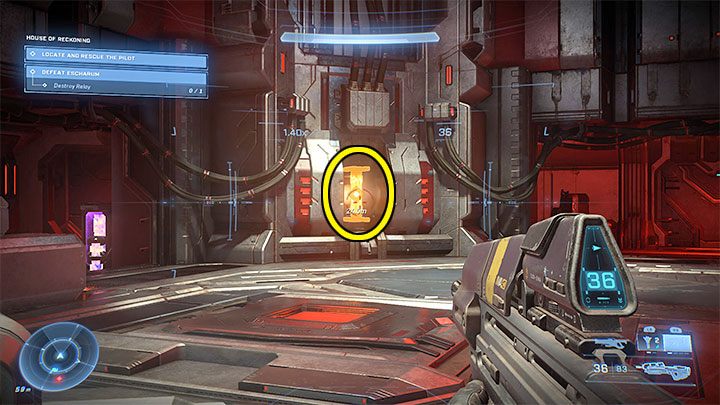 After dealing enough damage Escharum will suddenly envelop himself in a white shield. Don't try to destroy the shield by attacking it. You must sabotage it.

To do so you must reach the machine the game marked for you and destroy the relay (example pictured). Use a good weapon to do it quickly without exposing yourself to the boss' attacks.

As the duel continues, the boss will shield himself three more times. Each time you must reach the energy source and destroy it to sabotage the shield. 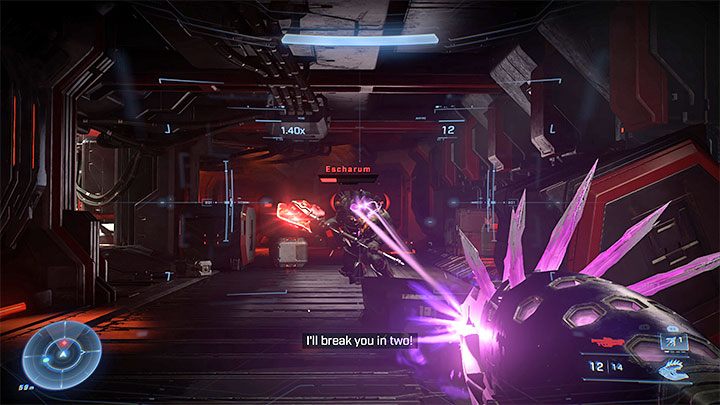 The fight gets more challenging near the end, as Escharum will start charging at you while swinging his Diminisher of Hope axe. You'll have to change your tactics. Sprint a lot yourself, use the grappleshot to move away from the boss. Each time you gain some substantial distance quickly turn towards Escharum and start shooting at him to deal some damage.

Don't risk fighting him in axe range, keep running away and shoot him with short bursts until he falls.