On this page of the Halo Infinite guide, you will find tips and tricks regarding the elimination of Hunters, who are elite varieties of opponents encountered in the campaign. We list the weak points of hunters and how to effectively get rid of them.

Who are the hunters and when do they appear? 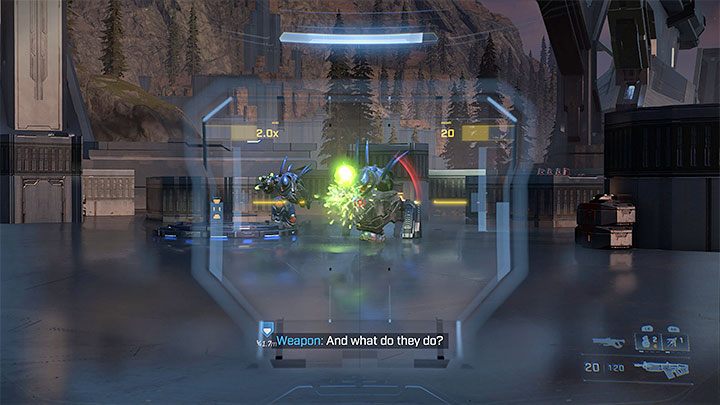 Hunters are some of the most powerful "standard" opponents, i.e. those who are not classified as fully-fledged bosses. Unfortunately, the elimination of hunters is very problematic, especially since they often appear in pairs.

The first confrontation with hunters takes place during Spire story mission, specifically after reaching the Forerunners structure. Hunters also appear later in the game, both in course of story missions, and when capturing some of the most guarded enemy locations. A Myriad hunter duo is also one of the high-profile targets. 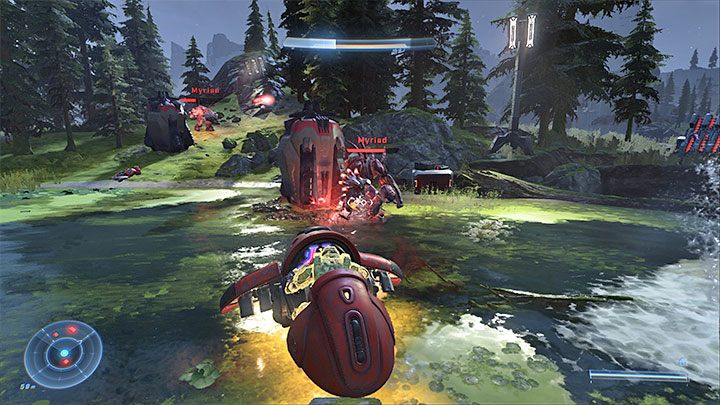 The game will not always allow you to properly prepare for a battle against the hunters, but in most cases, you will be able to pick up something from the weapon racks or return to FOB in order to equip more suitable tools.

Against hunters, consider using weapons that allow accurate and powerful ranged attacks. Unexpectedly, rocket launchers are not the best choice, as hunters' shield can absorb most of the missile's damage. Grenades are also not the best tool. You can throw them at Hunters, but they will not deal that much damage and won't lead to quick disposal.

If you have the opportunity, then bring a vehicle to the battlefield. You can also bring AI-controlled marines. Regardless of the type of machine you've brought, you need to be aware that Hunter attacks can quickly damage the vehicle. You have to be ready to jump out of the burning machine before it explodes. 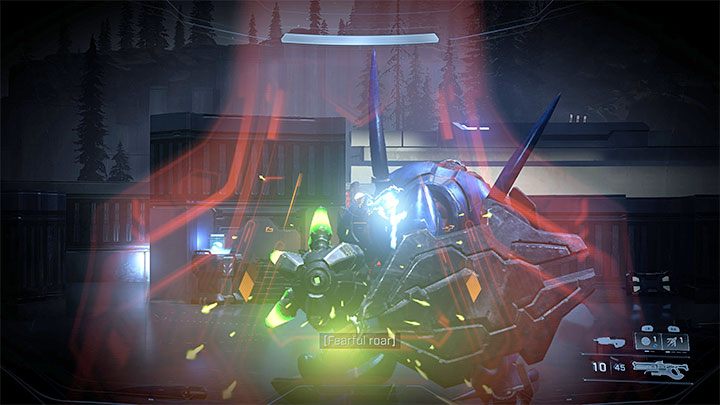 The most important information about the battles with the described opponents is that Hunters use huge Shields which give them serious cover and absorb incoming standard attacks. As a result, you shouldn't use machine guns, as they will be highly ineffective. You may even exhaust the whole supply of ammunition without making a dent in the opponent's defence. 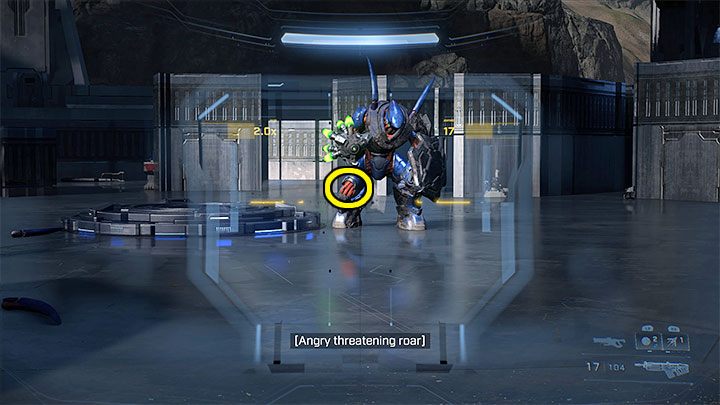 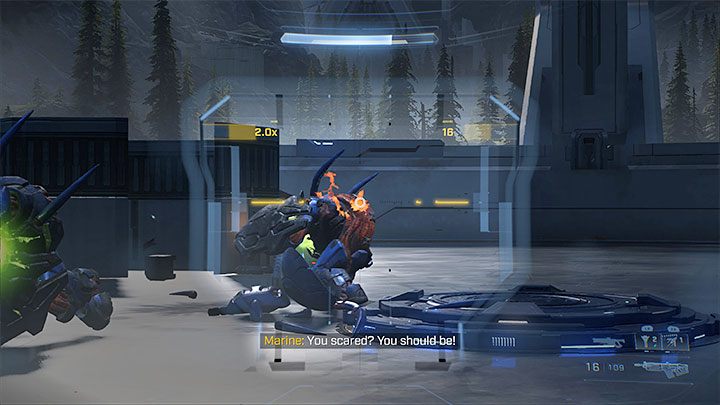 Hunters ' weakness are exposed body parts marked in orange. From the front, you will find them, among others, around the neck and knees. These areas are small, so this is why we recommend bringing a precision-based weapon.

Hunter's backs are vulnerable but most of the time you won't be able to get them from that side. Look for opportunities to hit them in the back before the fighting starts (when the hunters are not aware of you) or when they are occupied with your allies. 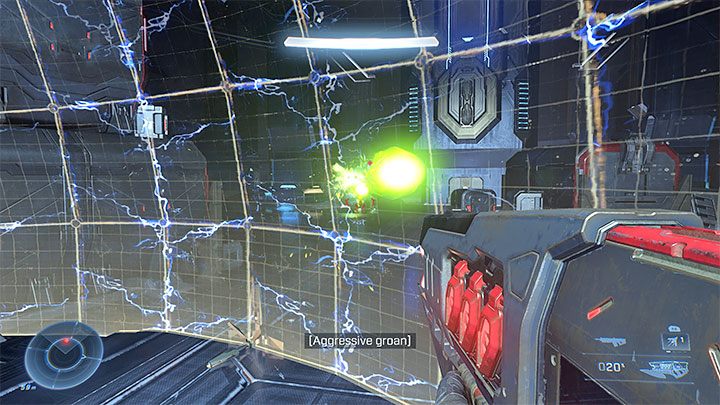 Hunters can attack at a distance and at close range. You should not allow them to get close to the hero, because very quickly you can be deprived of health points. We recommend to stay mobile and rely on the Grappleshot to quickly move away from hunters. If you lose the shield, you can also put up a portable wall, but know that it protects only from projectiles and hunters can pass through it.

In the case of opponent pairs attack the hunters one at a time. to get to a one-on-one situation as soon as possible. Regularly scan the area during battles to quickly find crates of ammunition or new weapons to replace those with exhausted ammunition.