On this page of the Halo Infinite guide you can learn whether cheat codes appear in the game and if they are present, how to use them. We also explain how to activate modifiers unlocked by the individual skulls. 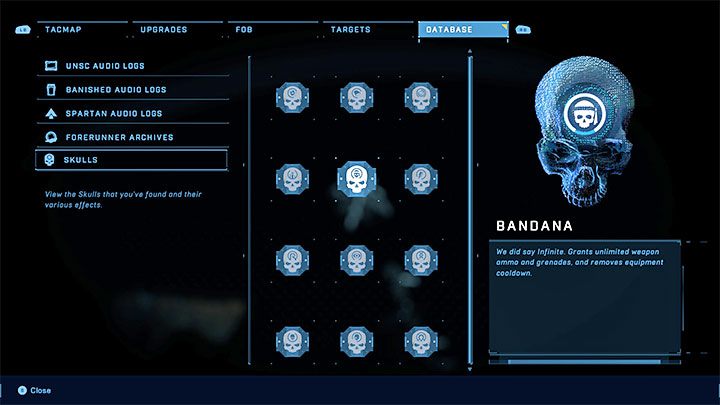 During Halo Infinite, you may want to make the game easier, but you expect a change that goes beyond lowering the difficulty level. Unfortunately, the game doesn't have classic cheat codes which could give e.g. invulnerability or access to all weapons.

The only exception to this rule is the power of the Bandana Skull, one of the collectibles obtainable in the game. Activating the modifier from the Bandana Skull gives unlimited ammunition, infinite grenades, and the ability to use items (Grappleshot, portable wall) without cooldown periods. This is a major facilitator when it comes to the gameplay.

Nevertheless, the Bandana skull is obtained at the very end of the campaign - view Bandana, 5th skull (Silent Auditorium) page of the guide to learn when and where you can get it. The only consolation is that the modifiers you've unlocked are at your disposal forever and you can use them later on e.g. when repeating the campaign. 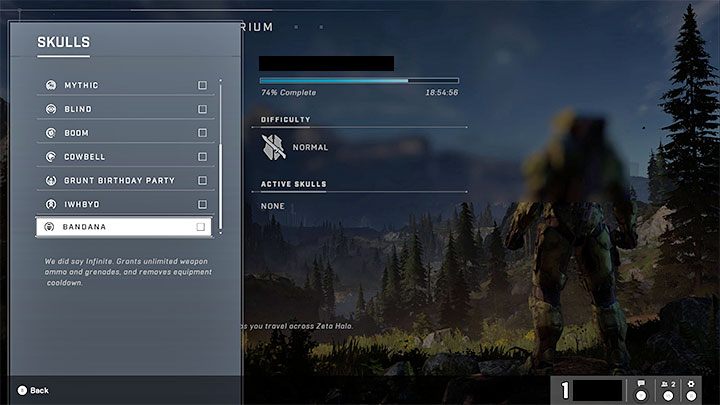 Bandana skull and other skulls' modifiers can be activated only from the main menu. You need to select the option to load the game, manually highlight the auto-save you are interested in, and enter Skulls menu. Find the Bandana skull in the list and set it to active.