This page of the Halo Infinite game guide contains the walkthrough of the 9th main mission - Pelican Down. The following guide explains, among other things, how to sabotage and destroy the 3 AA guns as well as how to defeat two powerful bosses - Tovarus and Hyperius. 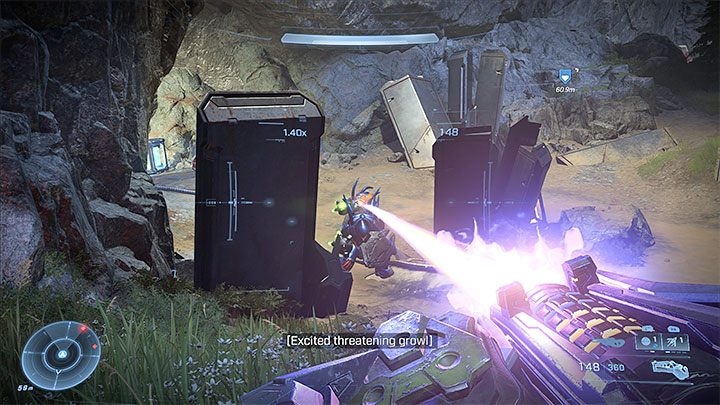 This mission's first objective can be completed in a number of ways. 3 AA guns will be marked on the Zeta Halo ring map and you are free to sabotage them in any order.

You can reach the AA guns on foot or use a vehicle - a Warthog should be parked nearby. You are bound to encounter opponents near the enemy structures. In addition to the usual enemies, you might need to face the more dangerous snipers and hunters. We recommend attacking from long range and using the best weapons you can find. 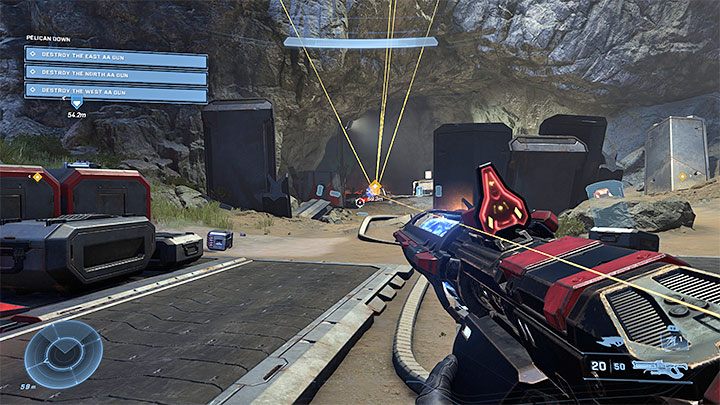 After eliminating all or at least most of the enemies, use the scanner to locate the control consoles that can be utilized to activate the gravity elevators. You can use them to get inside the AA guns. 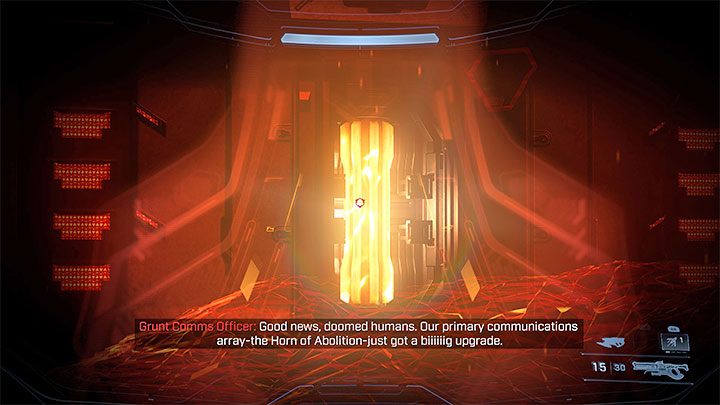 Inside each AA gun, you need to interact with the console to expose the core and then use any weapon to destroy said core.

A countdown to the huge AA gun explosion will begin and each time you will need to quickly find the exit from the room and jump far away (keep in mind that Master Chief won't get hurt when landing from a high altitude). 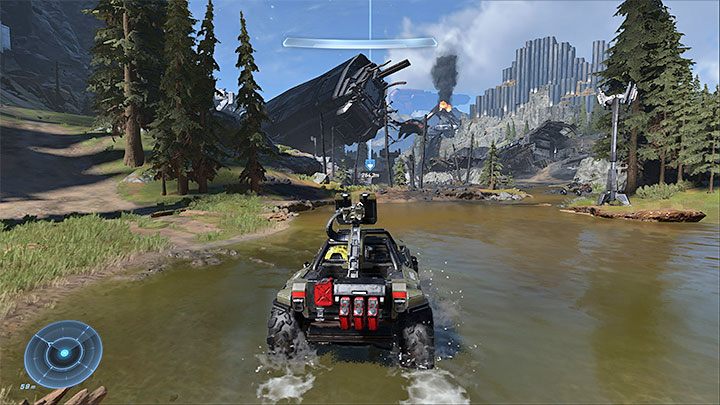 After destroying all 3 AA guns and on the way back to Pelican, you will realise that the Tovarus and Hyperius bosses are hunting for the Master Chief. You will be forced to fight them.

It's worth noting that you will be warned in advance about the start of the hunt and as a result, it may be a good idea to prepare for battle. For example, you can visit one of the captured FOB bases in search for a good weapon and a combat vehicle. You can also try to get the marines on board. 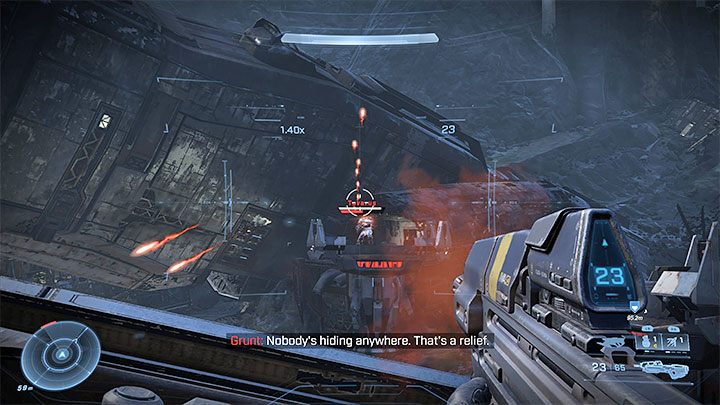 You should definitely defeat the bosses one by one and that's because each of them also has a white shield bar, in addition to the health bar. Traditionally, you have to destroy the boss's shield first. Avoid long pauses between attacks so that it does not regenerate.

Tovarus should be located on one of the upper shelves and use a weapon that fires red bullets. Move a lot between the shelves by using the Grappleshot. Avoid standing in places that will soon be bombed. 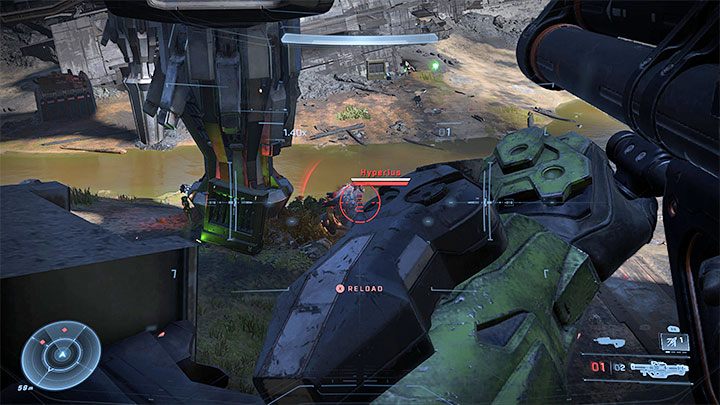 Hyperius should patrol the area in a vehicle. Avoid standing in flooded areas - you don't want to be an easy target for the boss. Instead, use the upper shelves and try to fire at the Hyperius' vehicle from long distances. After destroying the vehicle, you will have to face the boss. 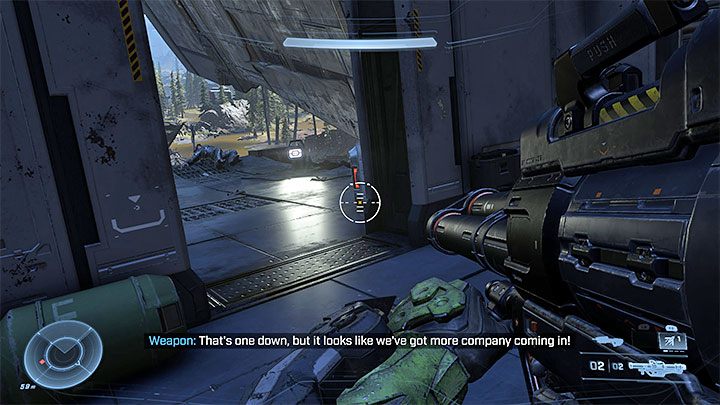 If you run out of ammo, use the scanner to locate weapon racks or weapons lying on the ground. In the area, you can find, e.g. a rocket launcher that will be very helpful in destroying the Hyperius' vehicle. 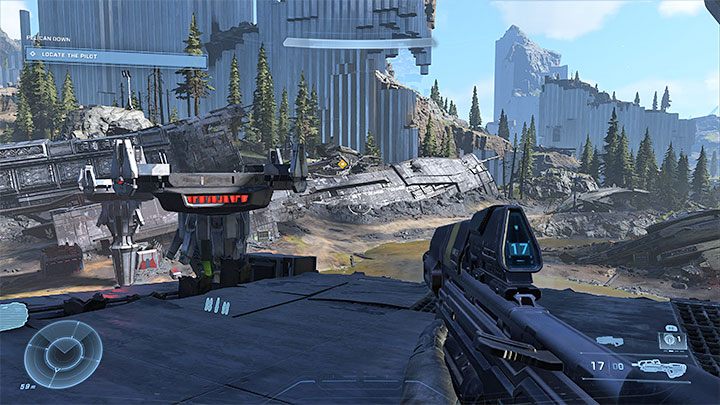 After winning the battle, you should search the battlefield (each of the bosses should drop good weapons) or immediately head towards Pelican. Echo 216 will call you and the mission will be complete. Of course, you will be rewarded 350 Valor points.