This page of the guide to Halo Infinite describes a boss fight with Chak 'Lok which takes place in The Tower main mission. We explain how to avoid Chak 'Lok's attacks, how to decloak him and defeat the boss. 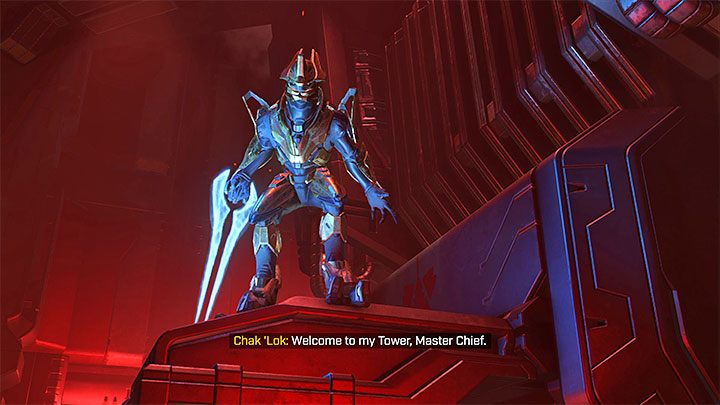 Chak 'Lok is a boss encountered in The Tower main mission. You face him during the exploration of the eponymous tower, specifically while following the UNSC signal's source. 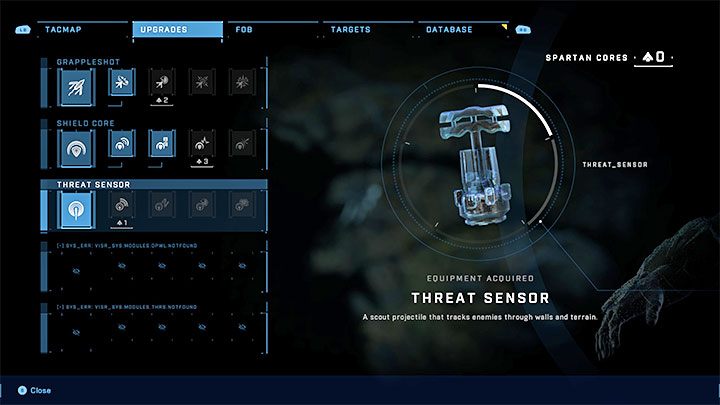 The main challenge of this fight is that Chak 'Lok uses optical camouflage, making him a difficult target.

You can solve this problem to a large extent by using the Threat Sensor. This item can be found in the tower shortly before starting the boss fight. 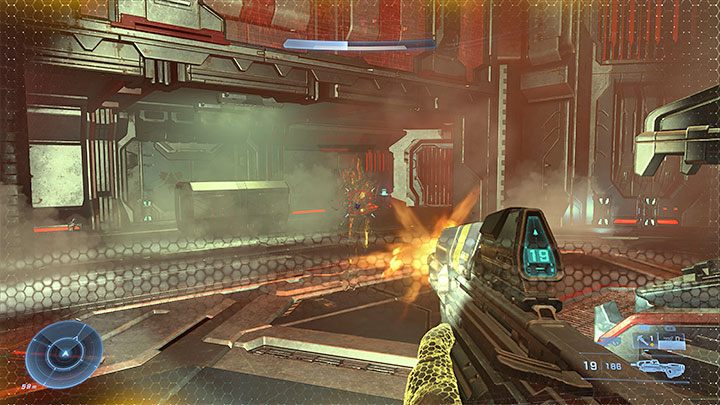 The Threat Sensor can replace the Grappleshot you have equipped by default. To select it from your inventory you must first press right, then down on the D-Pad. Press RB to use the active gadget.

The Threat Sensor creates a sphere. When the boss enters it, he will lose camouflage. 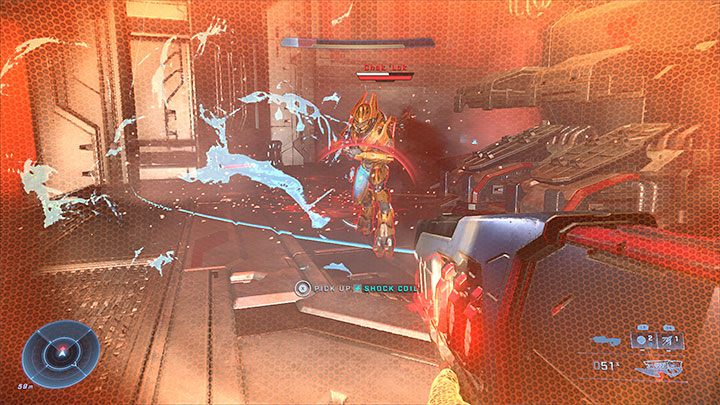 When fighting Chak 'Lok, try to keep the boss at a medium distance - he has an energy sword capable of inflicting significant damage. You can use any weapons and grenades you want.

Unfortunately, Chak 'Lok has an extra white shield bar, which you have to deplete first. Only by breaking the white shields bar, the boss can begin to lose HP (represented by the red bar). However, don't make too long breaks between one attack and the next - Chak 'Lok' shield can restore