This page of the guide to Halo Infinite describes a boss fight with Tremonius which takes place in the Foundation main mission. You will learn how to avoid Tremonius' attacks and how to defeat the boss.

Tremonius - location of the fight 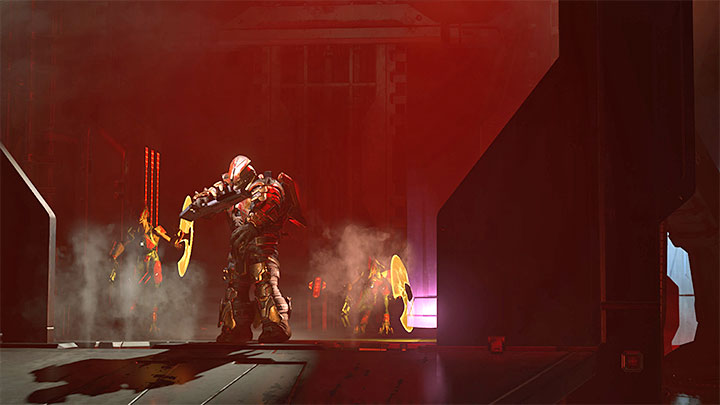 Tremonius is the first boss of the campaign. The confrontation with this enemy occurs in the final part of the main mission Sub-division on the way to the surface. If you try to use the elevator, you'll notice that Tremonius and his guards have reached the Master Chief's residence. 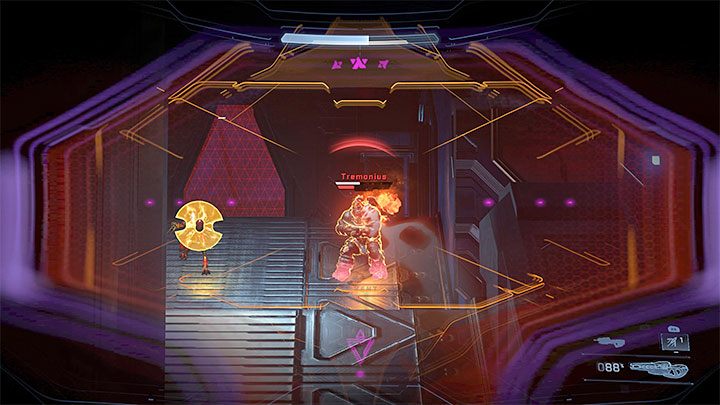 The boss uses a jetpack to move quickly around the area. You should respond accordingly by staying on the move all the time, even though it may seem there's a safe distance between you. The enemy can quickly close in on you.

The boss uses a Hydra launcher that deals high damage. Move around the area a lot to be a harder target to hit. 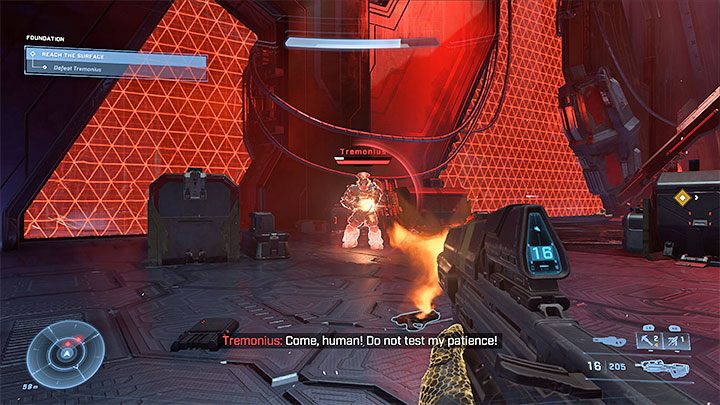 Tremonius unfortunately has an extra shield bar (white), which you have to deplete first.

Only by breaking the white shields bar, the boss can begin to lose HP (represented by the red bar). 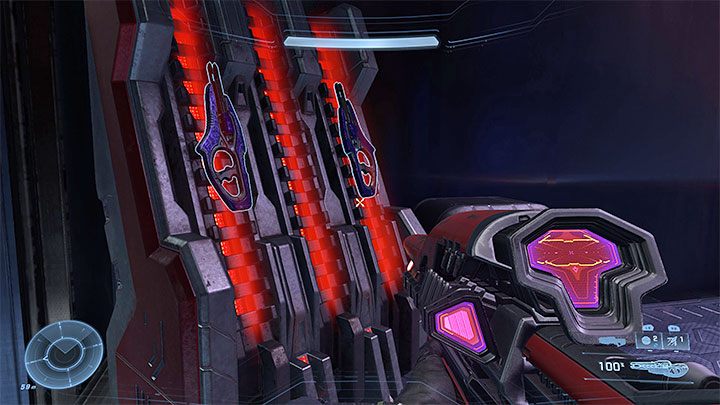 To attack the boss, you can use any weapons and grenades. There are some supplies in the vicinity, such as racks which let you switch weapons if you run out of ammo.

Hide behind the covers if Master Chief loses his shield. However, don't make too long breaks between one attack and the next - Termonius' shield can restore Fortunately, the boss can not regenerate the lost health points.