On this page of the guide to Halo Infinite you can find a list of available difficulty levels along with a recommendation for newcomers. In addition, we have posted tips on how to change the difficulty level when already playing the campaign, if the game is too demanding for example. 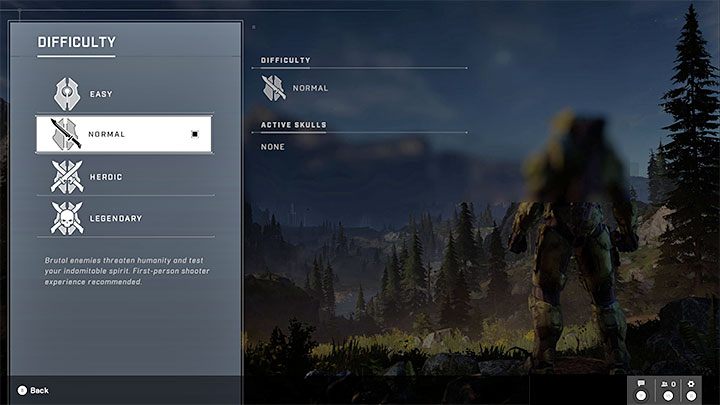 In Halo Infinite, you can choose between 4 main difficulty levels. The differences between them concern things like the strength of the main character and opponents, the amount of damage inflicted and received, as well as how good the AI of enemies is and how dangerous they are during fights.

Normal difficulty level is the best choice to complete the campaign for the first time. It's more demanding than in other popular shooting games on similar settings. Playing at a normal does not mean you can feel safe. Master Chief can easily die; especially if you lose shields and don't retreat to replenish them, or encounter a boss, or another strong opponent.

Even when playing at a normal difficulty level, the game requires a good understanding of the combat mechanics, the use of the hero's equipment, and the ability to quickly respond to the actions of (intelligent) opponents. However, the normal difficulty level should not cause excessive frustrations - a few attempts should be enough to win even the more difficult battles.

The Heroic level is reserved for players who know the Haloseries perfectly, and are excellent at shooting in general. It may prove too demanding for many people. The Legendary level offers ultimate challenge and instant death even after making a small mistake or not reacting fast enough. We strongly discourage playing this difficulty in the first run.

Changing the difficulty level during game 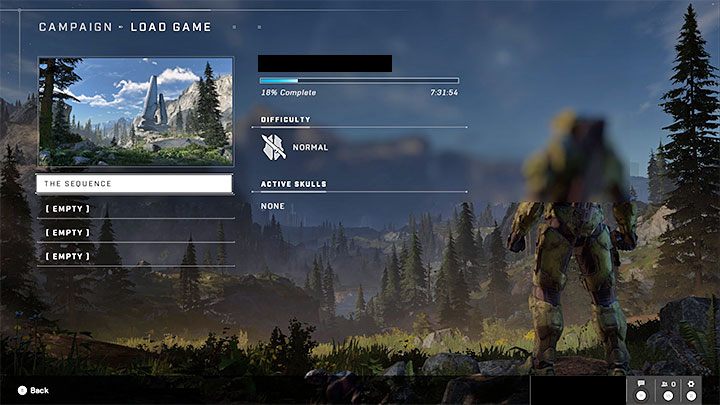 You don't have to play the entire game on the difficulty level you set at the beginning. You can change it if, for example, you have problems with defeating a boss or a group of opponents.

Changing the difficulty level is not obvious, because it can not be done from the pause menu. You must instead return to main menu. Then, you need to clock load game and then select the slot where your progress is recorded. 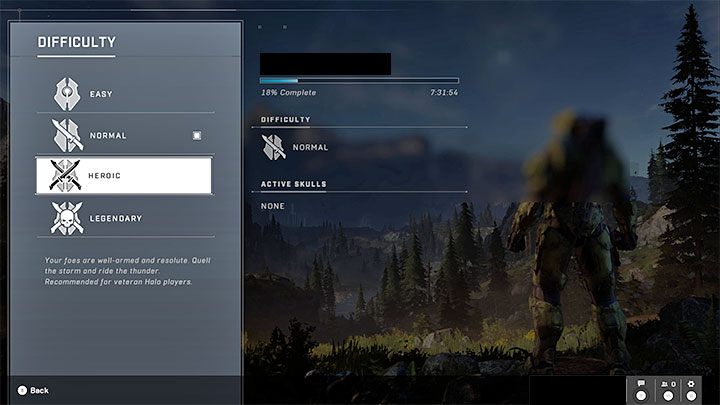 The game will then display difficulty level selection window. When loading a campaign, you can change the difficulty to one of the others if you wish.