On this page, you can find a beginner's guide for Halo Infinite, which was created mainly for new players starting the adventure with this game. The tips and hints are for, e.g. winning battles, dying less, exploring the open environments, and using Master Chief's equipment.

Note - The following tips apply to Halo Infinite's campaign. However, some of them may also be useful in other game modes.

The normal difficulty level is the optimal challenge for new players 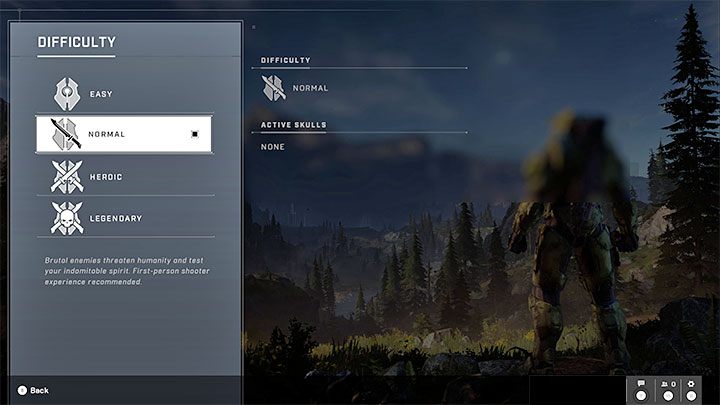 The campaign of Halo Infinite offers 4 difficulty levels. Our recommendation for the first playthrough is the normal difficulty level. That's because the game offers a higher level of challenge than other similar productions played on the same difficulty. It is easy to die, e.g. by being under massive enemy fire or by encountering an elite enemy. You may die a lot even on normal. However, you shouldn't have problems with finishing a given sequence after a few tries. 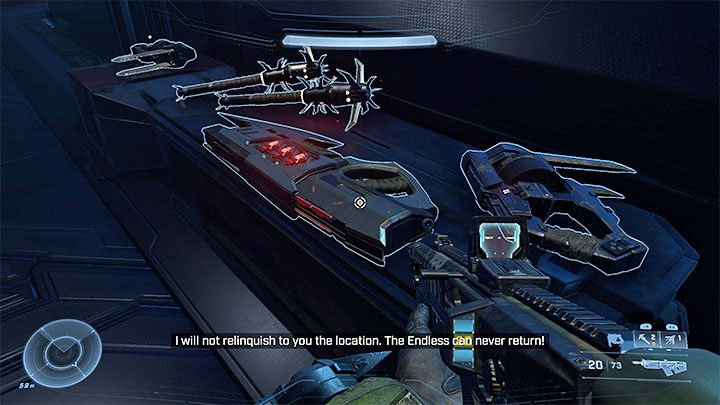 In Halo Infinite, you can only carry two weapons at a time (Chief can also hold a larger one in his hands, e.g. until it runs out of ammo). This applies to all types of weapons, i.e. different varieties of firearms and melee weapons. Therefore you should always carry weapons that can complement each other. We recommend focusing on two things:

Also, do not be afraid to regularly replace weapons that ran out of ammo. Don't worry - you will be able to find the same weapons on numerous occasions. Also, later you will be able to order them from the bases. For more information and tips, check out the Combat, weapons, and ammunition page.

Carefully plan jumps and places of use of the Grappleshot 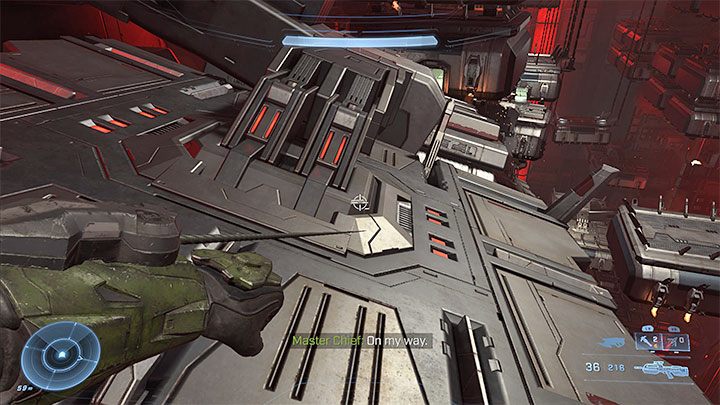 In Halo Infinite, you will often reach places where you will have to climb or jump over something. You need to be careful not to fall into the abyss (i.e. places where you won't be able to land on the ground). This will kill Chief instantly.

Use the Grappleshot to reach remote shelves and platforms - this gadget is available from the beginning of the game. Look at the wall or ledge within the gadget's range and press RB to pull yourself towards it. Remember, however, that the Grappleshot has a cooldown.

Grappleshot also has other uses - you can, e.g. pull yourself towards enemies and electrocute them, or pull weapons and other small objects towards Chief. All uses of this gadget have been discussed in more detail on Grappleshot - how to use? page in the FAQ section.

Use the area scanner as often as possible 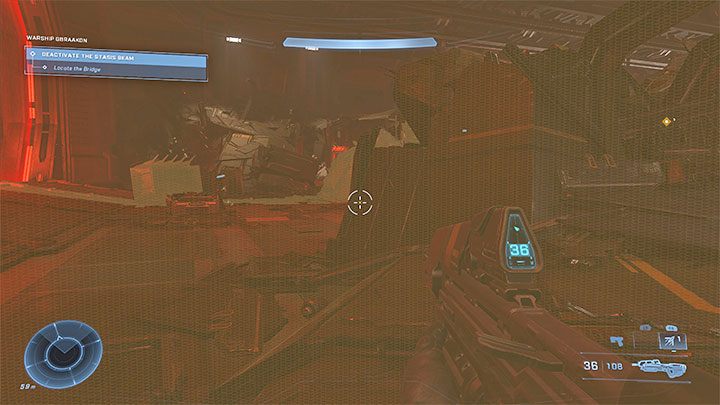 The area scanner is another very useful gadget and just like the Grappleshot described above, it is available from the very beginning of the game. Press down on the d-pad to activate it. This function doesn't have a cooldown.

The scanner is helpful in finding:

The scanner does not mark the enemy positions. This is done with another gadget called Threat Sensor - more information about it on the Master Chief's upgrades page. 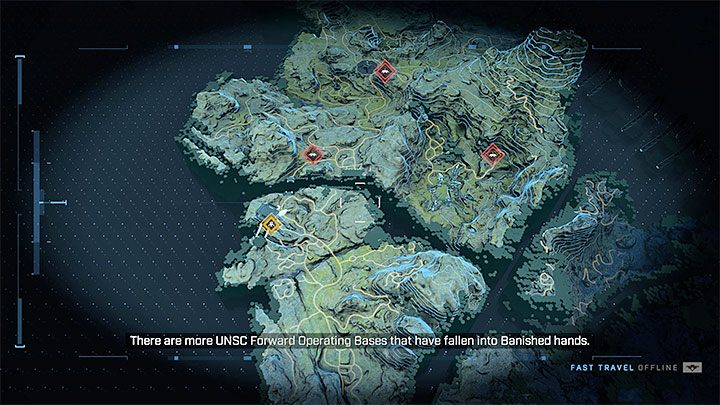 After starting a new campaign in Halo Infinite, you will have to complete the first few linear story missions. The main mission Recovery unlocks access to a semi-open world - the Zeta Halo. This means that you do not always have to focus on doing the next main missions - you can and should also check out the optional activities.

The general mechanism for revealing the world map is quite simple:

More tips for exploring the Zeta Halo on the World exploration page.

Try to familiarize yourself with the battlefield before approaching the enemies 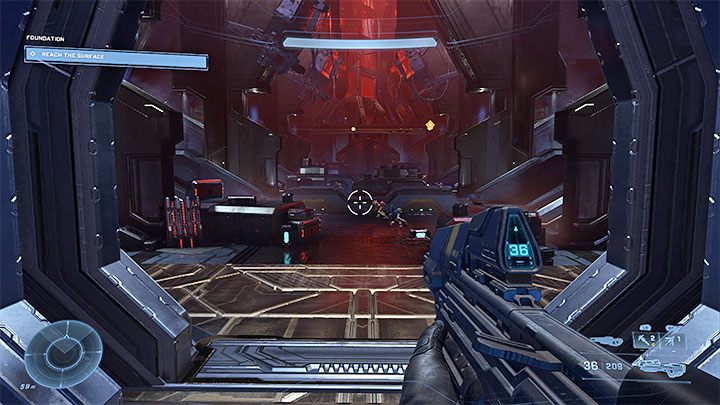 You can prepare for some of the big battles in the game - the opponents are initially unaware of your presence. This usually occurs when exploring areas in the open air - you can approach enemy locations from different directions and find vantage points in the area. However, this may also apply in some closed locations - enemies will not attack until you are close to them.

You should scout as often as possible so you can see, e.g. placement and types of opponents (always attack the most dangerous enemies first), locations of explosive containers and racks with guns and grenades, or the best positions for attack (e.g. high point for using the sniper rifle). 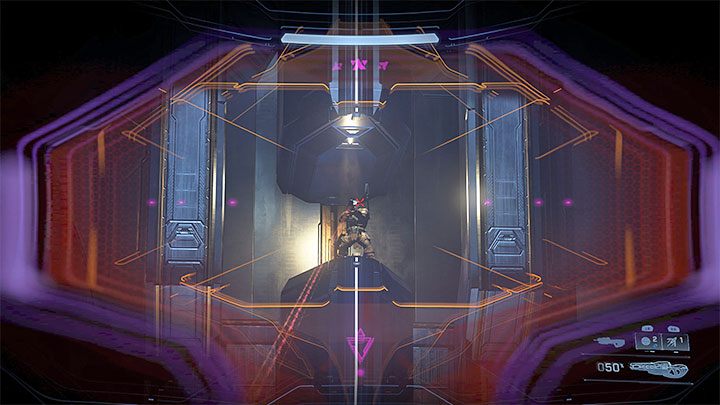 During the battles, you should always try to eliminate problematic opponents in the first place, i.e. those who can quickly deplete Master Chief's shield or kill him fast. These are, e.g. snipers who appear in many places, particularly in those battles that take place in the open and in large locations.

You can identify snipers by their large laser beams. You can avoid their fire by standing behind covers. You can kill enemy snipers easily by shooting them with a sniper rifle, especially since these opponents don't have much health. If you do not have a good weapon for long-distance combat, we recommend using the Grappleshot to reach the sniper's location - they usually stand on high rock shelves, roofs, or watchtowers.

Additional hint - after killing a sniper, you can pick up his sniper rifle and start using it yourself.

Stay on the move and run after losing the shield 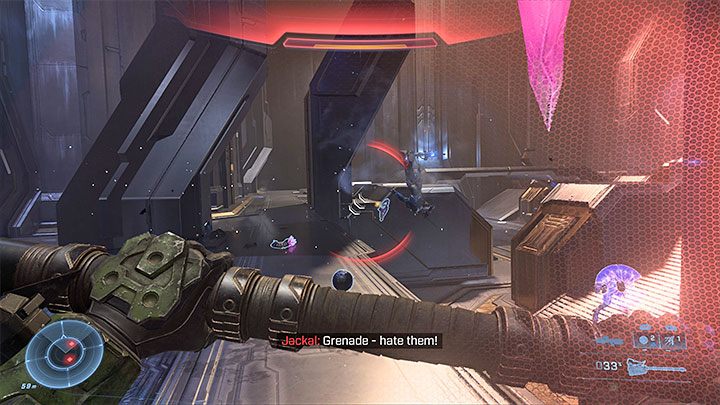 Enemies in Halo Infinite are more intelligent than typical opponents from other shooters. The key to survival is being on the move. This is especially important if enemies can attack a specific point in the arena, for example, by using weapons capable of bombing the area or various types of grenades.

It is very important to react instantly to the lost shields. After that, Master Chief will start losing health upon hit. Even on normal, the hero can very quickly die. The game, fortunately, warns you about losing the shields with a sound. You should then quickly move away from opponents, e.g. by using the Grappleshot.

Stop for a moment behind a cover to let the shield bar regenerate. However, be aware that the enemies will not stop attacking you. They can, e.g. throw more grenades or get you from the flank. Be ready to escape again or fight back.

More tips on staying alive can be found on a separate page called How to die less?.

Travel through open areas with NPCs

In Halo Infinite, some battles are fought alongside allies - you don't have to fight alone even if you're playing the campaign in single-player mode. Master Chief can be joined by UNSC Marines. This will happen usually after visiting one of the captured bases. However, you can also, for example, help soldiers encountered during the exploration of the Halo - they will join you once they are safe.

The best way to travel with companions is by using vehicles. This will allow you to easily transport the entire group to a location where you have to defeat a bigger group of enemies (e.g. enemy base). In addition, Marines are good at shooting from vehicles.

For more information and advice on traveling with different types of Marines, visit AI allies.

You can remove stationary turrets and walk with them 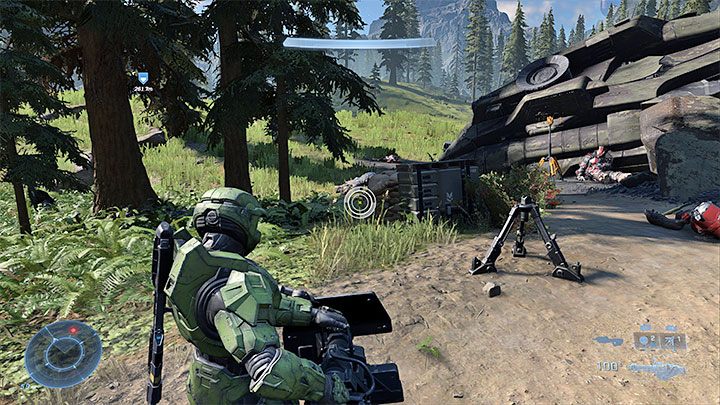 Many locations where larger battles take place have various types of stationary turrets. They can be helpful in eliminating groups of enemies faster or in weakening single strong opponents. Their important feature is that you can take a turret out by pressing the right analog stick.

After the turret has been ripped out, the camera will switch to TPP view - you can start walking around with this weapon. This gives you access to a weapon with great firepower. The disadvantage is Master Chief's limited mobility. You need to shoot accurately at enemies equipped with ranged weapons, stand close to covers, and be ready to quickly drop your weapon if necessary (press the weapon change button - Y).