On this page of our Hades guide you'll learn about divine support (Calls). We explain which conditions have to be met to use a Call, what are the Cal's effects and how to make its effect matter the most. 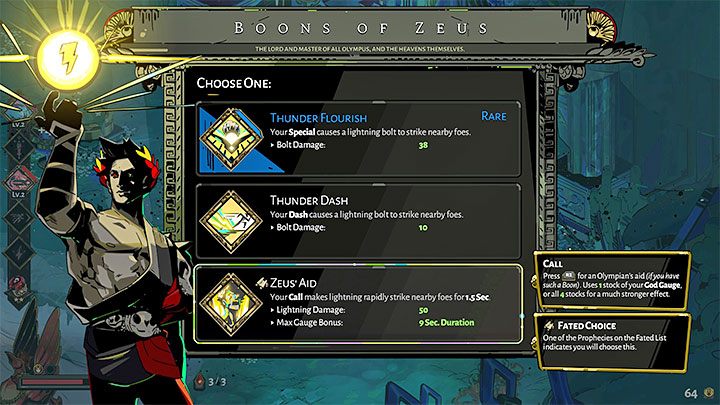 Call is a special action that can be unlocked as you progress through the game. Using it summons a god to support you in combat. The Call's effect differ based on the deity you got it from.

Calls can be found as Boons from the gods. When choosing a boon, look out for the ones that offer you a Call (example shown on picture). The kind of support you'll receive varies on the god whose Call you've obtained. The Call's effects are, for example: 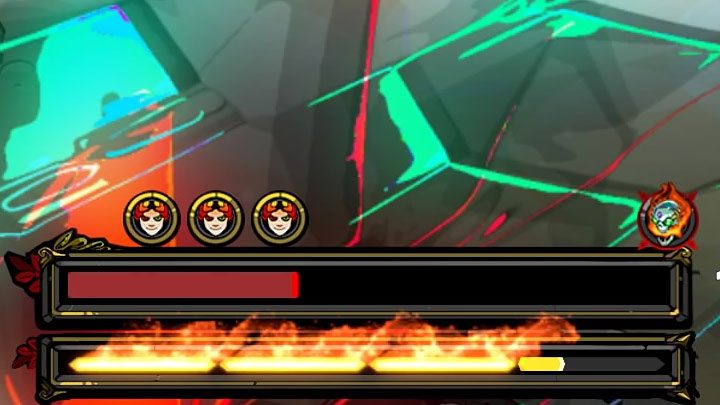 Calls can't be used limitlessly - its use is heavily restricted and tied to the so-called God Gauge that appears below your health bar.

The God Gauge fills up when you attack enemies in a given chamber. It resets back to zero once you move on to the next chamber, although upgrades which keep it partially filled up can be found. 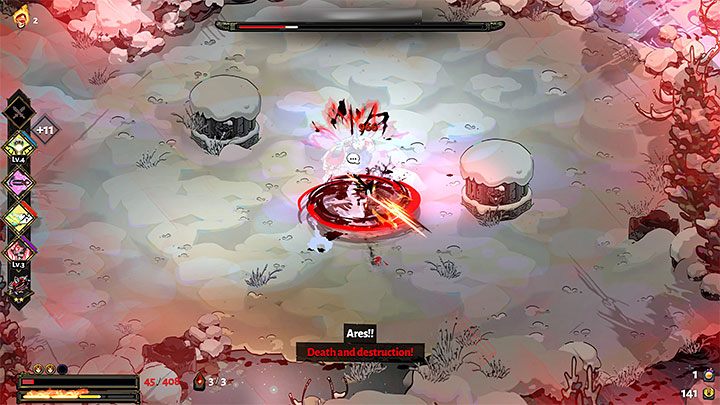 It could be worthwhile to wait for the God Gauge to charge fully, which means all slots being filled up. This will allow you to use a Greater Call with much stronger effects. They're especially useful during boss fights as they can cause serious damage to your enemy.