On this page of the guide to the game Hades, you will find key information about Elysium. We included information on what types of chambers appear in Elysium, what unique threats and attractions await Zagreus there, and requirements for completing Elysium and advancing to the next biome. 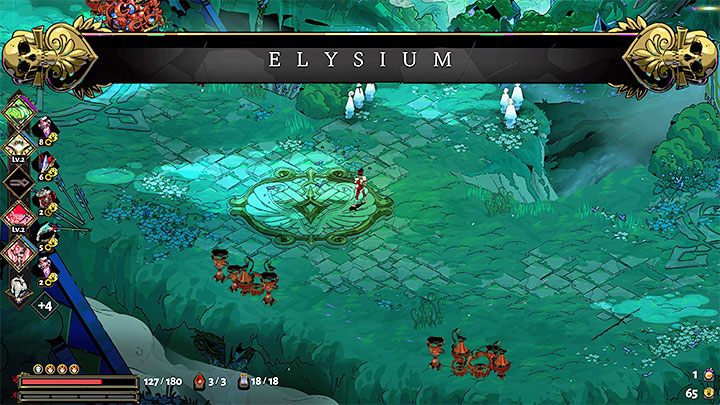 Elysium is the third of the four main biomes of the game Hades. This biome is reached after defeating Hydra in the last chamber of Asphodel.

The game does not allow you to skip Elysium, for example, to get to Temple of Styxearlier earlier. You always have to go through a dozen random chambers of this land and defeat its boss. Fortunately, the chances are that in subsequent games, you will discover or gain something new. As a result, you should not be bothered by the high repeatability of the game.

Unique attractions and dangers of Elysium 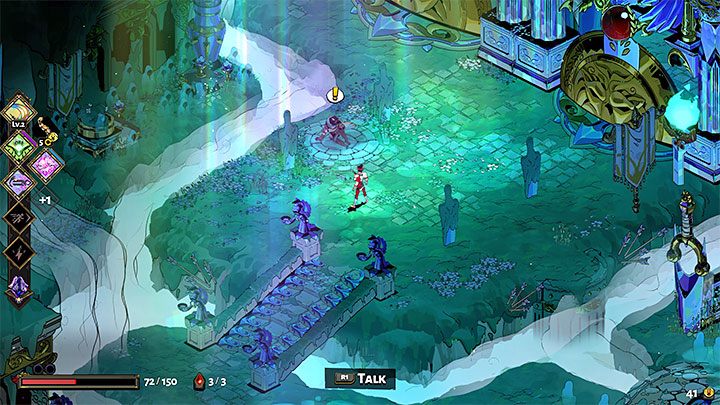 In Elysium, the passages with symbols return, and as in the previous biomes, it is good to use them and plan the development of the Zagreus.

In Asphodel, you can also meet Patroclus, who is the unique NPC of this biome. From Patroclus, you can get one of three valuable rewards, and the most useful of them is the replenish of Death Defiance uses (which resurrect Zagreus after death). We recommend using the other rewards only if you have a full supply of Death Defiance charges. These are improved regeneration and a significant increase in damage in several subsequent chambers (choose the last option if you have problems defeating ordinary enemies). 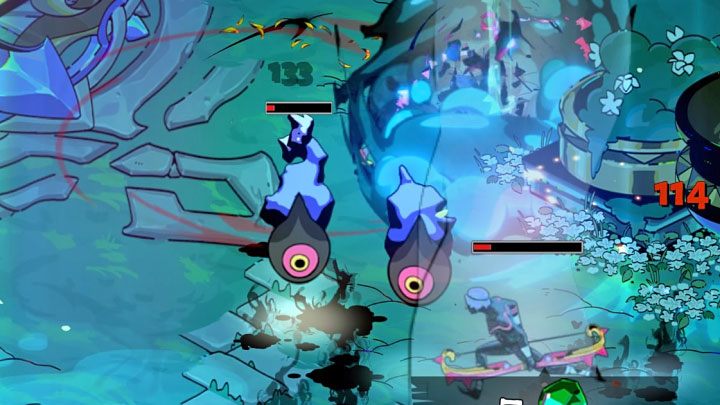 In Elysium, you face many humanoid opponents, Exalted, and their unique feature is that they do not die immediately. You have to deal with the flying monster with one eye - as shown in the picture. If you do not manage to do this quickly enough, the killed opponent will be revived, and you will have to defeat him a second time. 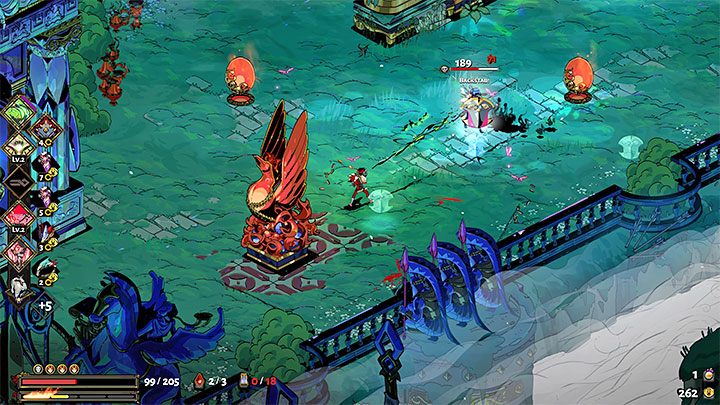 Other harder enemies in Elysium are: 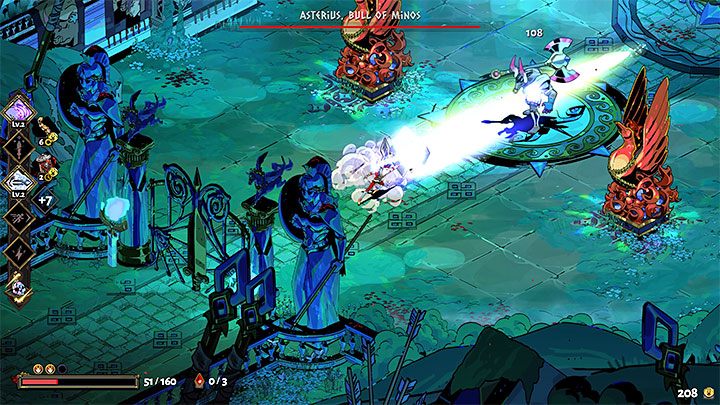 In Elysium, you can also fight new mini-bosses: 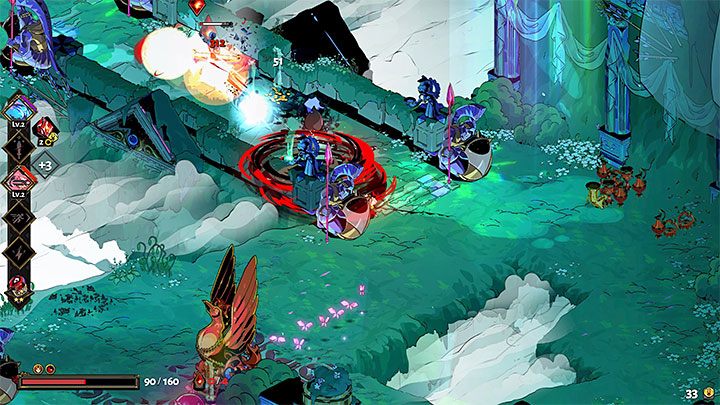 In Elysium, traps are exceptionally tricky because they are not activated by standing on a pressure plate. Statues with spears automatically activate if you approach them, so you should completely avoid them or at least dash. You can also come across shooting traps, and although the projectiles fly quite slowly, they cause a lot of damage.

In many rooms you can also find exploding eggs. There are also explosive containers that go off when touched - for example, when you or opponents hit them with a hand-to-hand or ranged attack. Escape from the explosion range using a dash. You can also look for opportunities to hit the containers when some enemies are in their range. Interestingly, the eggs can reappear after some time and explode again. 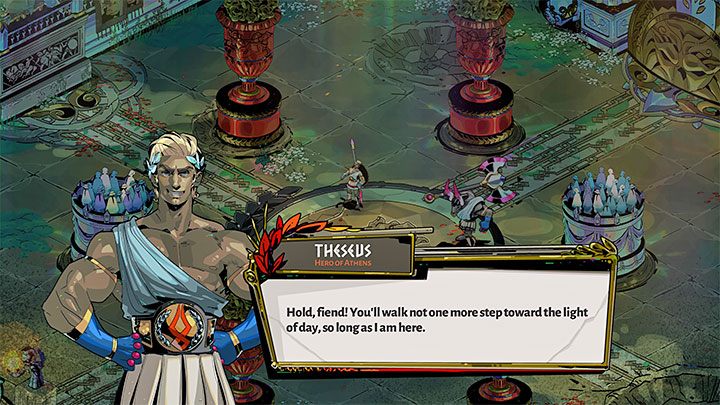 The final bosses of Elysium are always Asterius and Theseus. You have to take part in a two-on-one fight. Each of the bosses has its own health bar. The general pattern of the fight doesn't change in the next attempts. An exception is which Olympian Aid Theseus summons after losing enough health. A description of the boss battles of Elysium, you will find in a separate chapter, Bosses, of our guide.

Defeated Asterius and Theseus can leave behind valuable Ambrosia or a large amount of Darkness. Defeating the bosses of Elysium also unlocks the passage to the Temple of Styx. On the way from Elysium to Temple of Styx, you will be able to heal, change active keepsakes, sell unnecessary items and make purchases in the store.