On this page of the guide to the game Hades, you will find a detailed description of the Adamant Rail weapon. You will learn how to unlock the Adamant Rail, what types of attacks it has, and recommended fighting tactics when using the weapon. 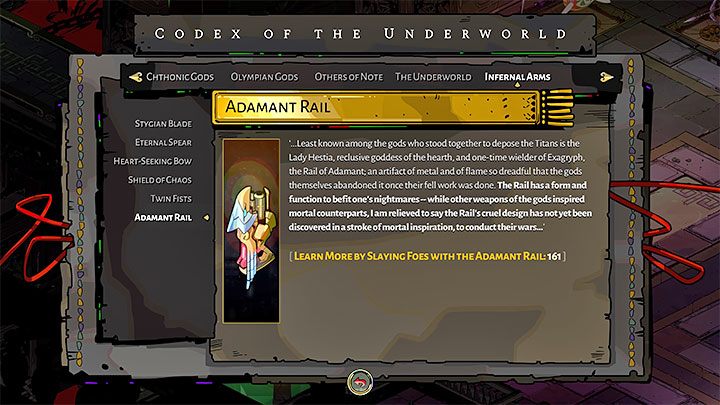 The Adamant Rail is a weapon that resembles a traditional rifle, so it's used for ranged combat. It's a weapon associated with the goddess Hestia, and it's the only firearm that appears in the game. You can buy it for 8 Chthonic Keys. You can purchase them in the last room of House of Hades, but the Adamant Rail will appear in the offer of the "store" only after some time. 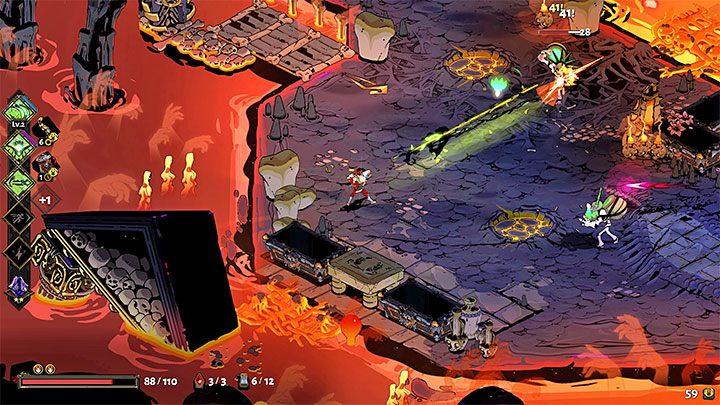 With the Adamant Rail, you will attack enemies only in ranged combat. This can cause problems when the battlefield is limited and the distance between you and the enemy is smaller. In such situations you have to dash a lot. 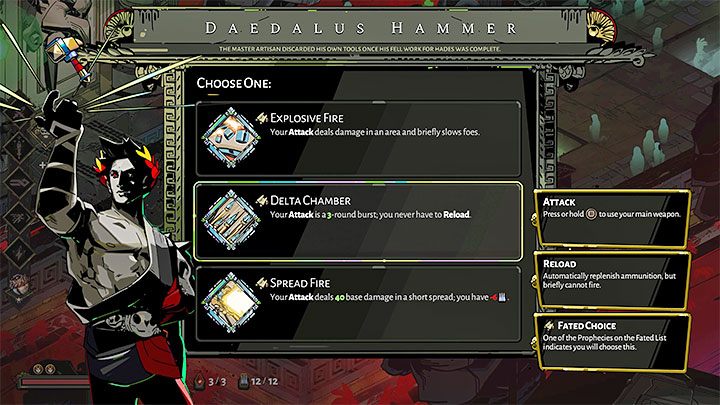 The Adamant Rail, unlike the bow, requires reloading - the default magazine capacity is 12 rounds (upgrades can increase it). You can reload it yourself (pressing the right analog) or wait for the weapon to reloads automatically when the magazine is empty. The ammo counter is displayed at the bottom of the screen next to the health bar and Bloodstones.

There is a way that makes reloading unnecessary. To do this, you have to find a weapon upgrade that changes how the rifle works. In the example from the picture, the Delta Chamber upgrade allows you to fire three bullets series and removes the reloading mechanics.

You can, of course, play with the reloading turned on, but you have to remember to replenish ammo before each major attack - that way, you won't run out of bullets in a crucial moment. 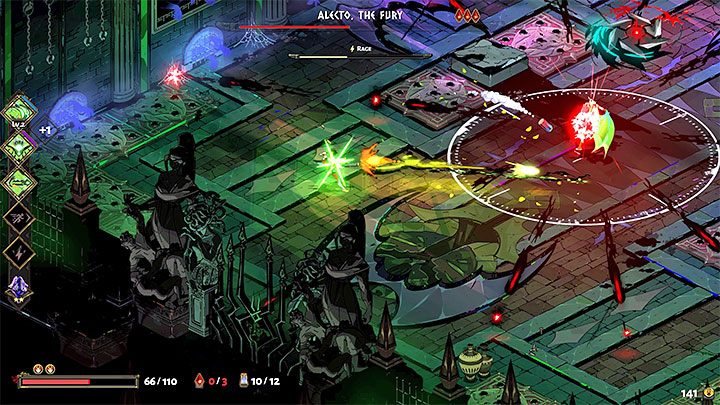 The basic attack of the Adamant Rail is a heavy fire. You can fire single shots or hold down a button and fire a series of bullets. However, do not expect that the Adamant Rail will have a rate of fire comparable to machine guns.

An alternative attack is bombarding the area (Bombard - special attack), and it is great for attacking groups of opponents because the range is quite big. By holding down the additional attack button, you can plan what part of the arena to bomb. It is worth noting that you can find items in the game, which can change the default grenade launcher into a rocket launcher, whose missiles fly in a straight line.

The main character can also combine basic attacks with dashes. 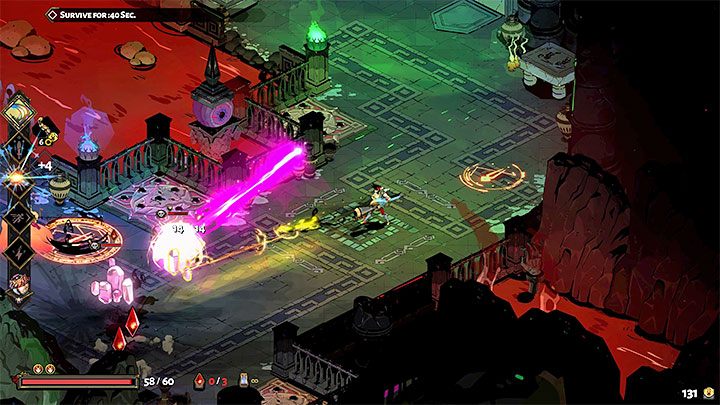 Adamant Rail requires a rather specific playstyle. You can not let to close combat fight because then you will always be in a losing position. You have to keep enemies at bay and move quickly to other chambers or arenas if you see that they are approach Zagreus to fight in hand-to-hand combat.

Another problem can be playing with the reloading option, as it is an additional thing to remember. Forgetting about it can put you in a situation where you can not use the basic weapon attack.