On this page of the Hades game guide, you will find a detailed description of the Twin Fists weapon. You will learn how to unlock the Fists, what types of attacks the Twin Fists have, and recommended fighting tactics when using the Fists. 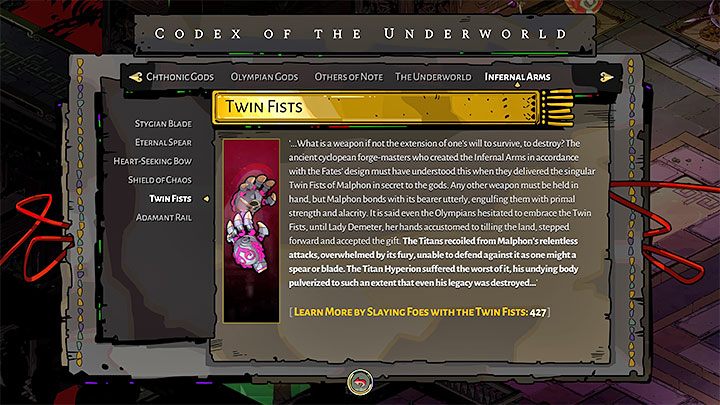 Twin Fist is a weapon you put on the hero's hands, and they are similar to boxing gloves. They are associated with the goddess Demeter. You can buy this weapon for 8 Chthonic Keys. You can purchase them in the last room of House of Hades, but the Twin Fists will appear in the offer of the "store" only after some time. 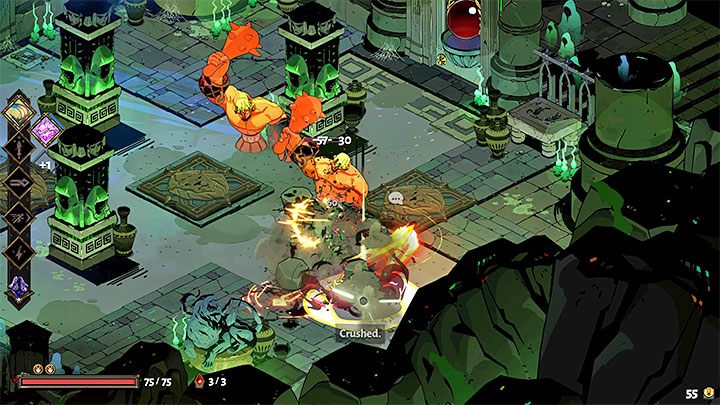 Twin Fists are used in close combat. You have to stand very close to your opponents for the attacks to reach them and deal damage. That means Zagreus will be more exposed to attacks from enemies, and using the Fist can be riskier than most other weapons. 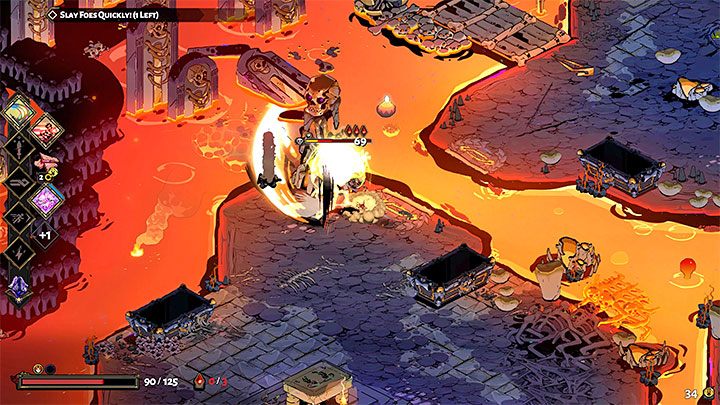 A basic attack is a series of rapid blows with the Twin Fists. You don't have to mash the attack button - you can just hold it down and let Zagreus to do the next quick punches. That way, you can quickly deprive your enemies of health in close combat.

An alternative attack of Twin Fists is uppercut (special attack - Rising Cutter), which is a single, but much stronger blow. You can use them to deal high damage with a single strike and attack opponents near each other, not just one selected enemy.

The main character can combine Twin Fists' basic and special attacks with dashes. This increases their effectiveness because you can immediately attack after approaching enemy. 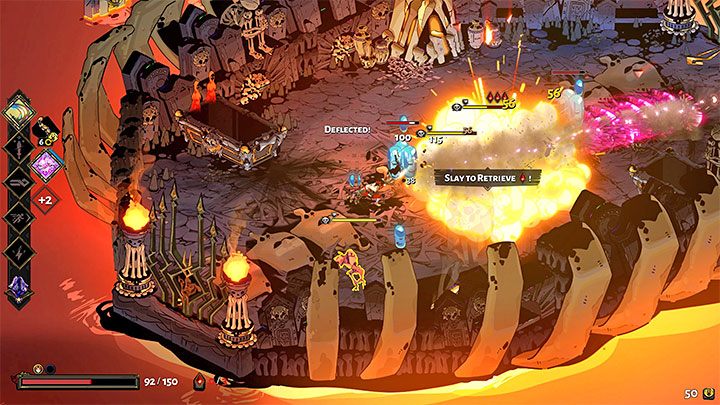 Twin Fists require (at least in its default form) a lot of skill from the player to unleash their full potential. You have to show a good reflex choosing the targets, approaching them and attacking, and then moving away quickly before the enemies initiate their attacks. To sum up, this is not a good choice for beginners, and it is better to try Twin Fists when you get to know the game better.