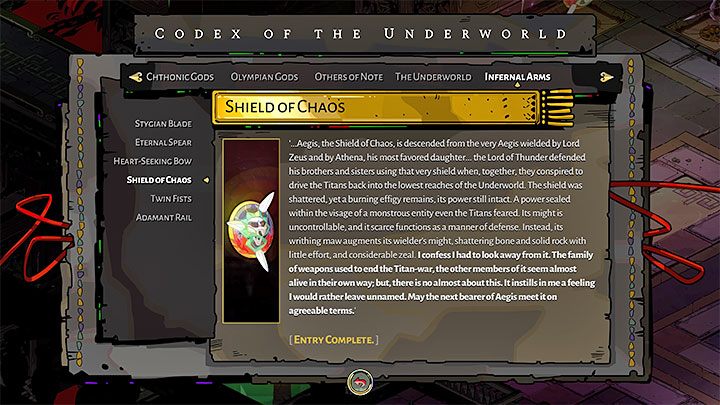 The Shield of Chaos is a universal weapon which works well both for long-distance and close-combat. It is associated with the god Zeus. You can buy this weapon for 3 Chthonic keys. You can buy it in the last room of the House of Hades and the shield should become available after your first death in the game. 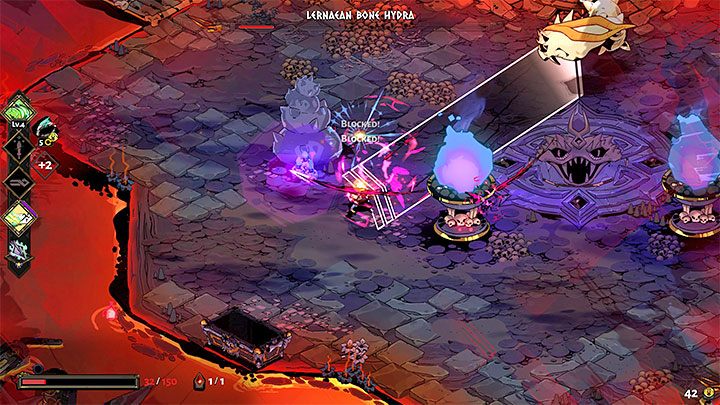 The shield can be quite a confusing weapon, because it is also used to attack opponents. It does not complement melee weapons, unlike the vast majority of other games, but rather the primary weapon used against enemies.

In addition being useful in battle, the shield can also, of course, effectively block enemy attacks - this is done by holding down the normal attack button. This is especially helpful if you are currently in a battle against enemies who attack you from a distance. Successfully blocking enemy attacks allows you to completely avoid taking damage, but always watch out for enemies who can attack you from behind or from the side. 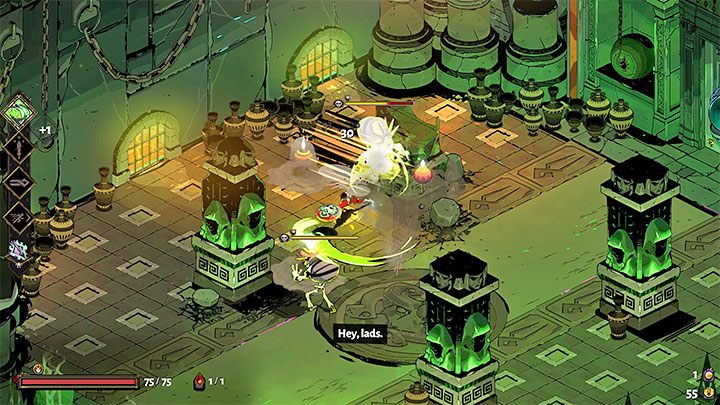 The Shield's basic attack has two uses - you can press the button and hit with the shield once, or hold the button. This second action allows to block enemy hits and charge the Bull Rush at the same time. You can use the right analog stick to determine the direction of the charge and initiate it by releasing the button. This is a great attack to against enemies who stand in line and for throwing back the hit enemies, especially if there's e.g. a trap behind their back. 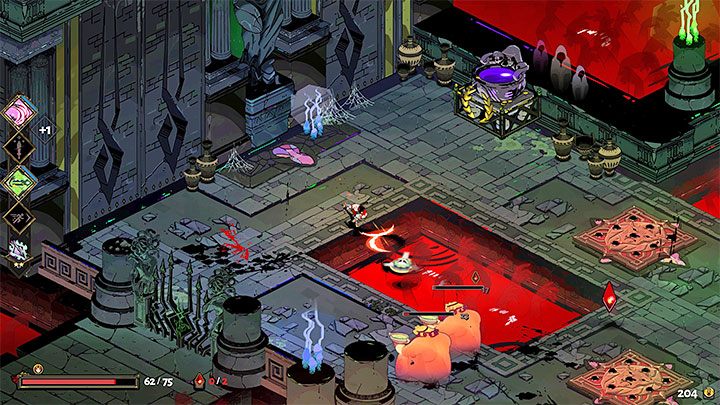 Alternatively, you can throw the shield (special attack button) which is great if you want to quickly weaken more distant opponents and don't have time to charge the Bull's Rush. The thrown shield can bounce off several enemies and always returns to Zagreus.

The Shield of Chaos is a good option for a less stressful gameplay. You don't have to limit yourself to just one playstyle, and with the option to block enemy attacks, you can easily avoid taking heavy damage in many situations. This is useful both when traversing ordinary chambers, and during boss fights.