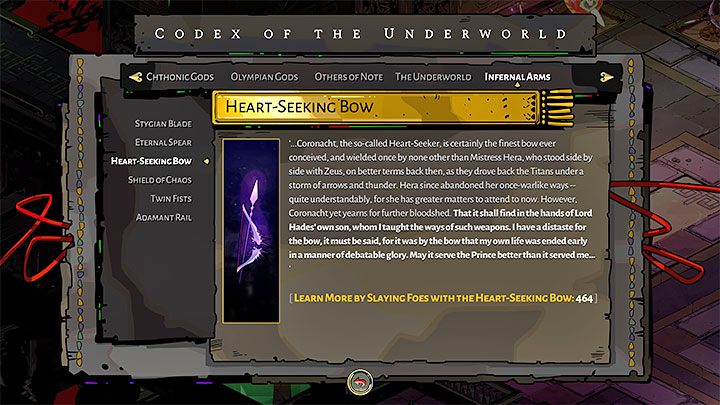 The Heart-Seeking Bow is a long-range weapon associated with the goddess Hera. You can buy this weapon for only 1 Chthonic key. You can buy it in the last room of the House of Hades and the bow should become available after your first death in the game. 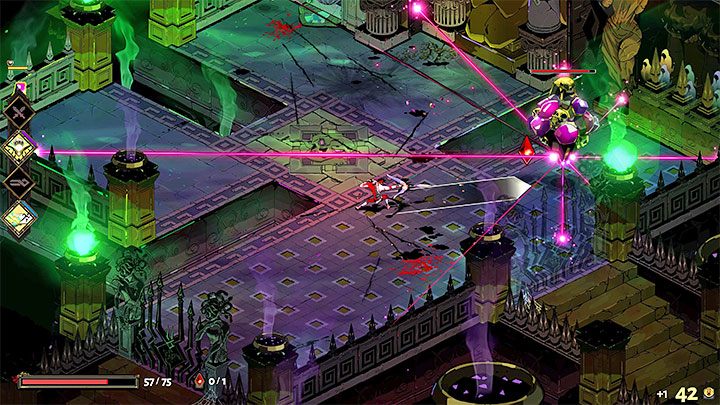 The Heart-Seeking Bow can only be used to attack from a distance. This can cause problems in situations where the battlefield is very limited and the distance between you an the enemy is much smaller. In such situations you have to dash a lot.

You can plan the direction of shooting an arrow - use the right analog stick to do so. If you additionally hold the normal attack button, you will see lines that should help you determine the direction in which the arrows will fly. 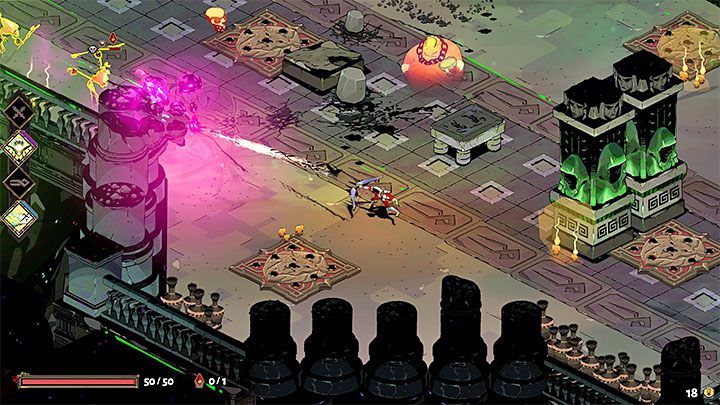 Important - in case of this weapon the normal attack button has two functions. You can just shoot an arrow or hold the button and fire a Power Shot. The key in this case is to release the attack button at the moment when the arrow "flashes", because it will then be released with the right speed and deal maximum damage. This may cause you problems at first, but over time you should get the hang of it.

Alternatively, you can use Volley fire (special attack button). It is a good idea if you are facing a group of enemies that you would like to shoot in a single action.

You can also combine ordinary shots with dashes to immediately release an arrow right after using a dash. 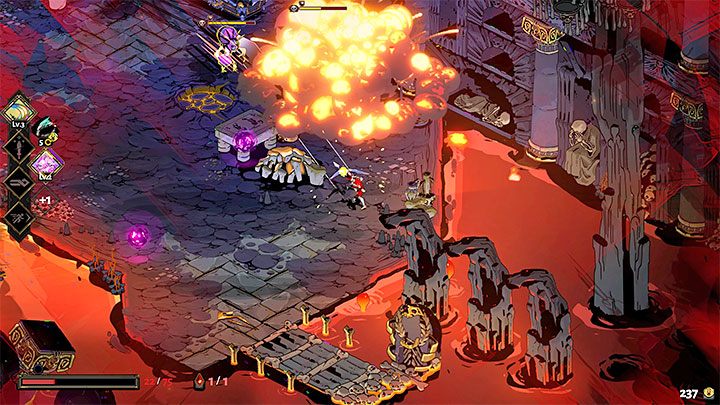 The bow may cause you some trouble in its default form because this weapon does not allow for aggressive gameplay, unlike most weapons for close-combat. An additional complication is that Zagreus stands still while charging a powerful arrow attack and he could end up being an easy target. You can try to reduce this problem by finding upgrades to the rate of fire.

You should always attack your opponents from as far away as possible to respond to their attacks as often as possible. You don't have to always aim at your enemies, because you can also destroy traps located in selected arenas so that they weaken the enemies within their range.