On this page of the guide to Hades you will learn whether there are any cheats available in the game. In addition, we explain how to activate God Mode and how it works. This knowledge may be of interest to you if the game is too difficult and you have problems with its completion.

Codes and cheats - Are there any in the game?

First of all, we should note that Hades was deliberately designed so that players could not finish the game too quickly. One of the basic principles of the gameplay is to gradually increase your own skills, as well as character statistics together with items and abilities that increase the chances of survival. As a result, you will slowly gain strength and cope better with completing the game, reaching new lands and defeating bosses who seemed undefeatable during the first confrontation.

After all, Hades is a game that requires quite a lot of skill from the player - you need to skillfully develop the character, as well as quickly and correctly respond to the actions of opponents during fights in order to avoid taking damage (especially since lost health is not restored on its own). All this means that you might start looking for additional help complete your campaign.

Hades does not have traditional codes / cheats for, e.g., immortality, unlimited use of skills or an infinite number of lives. If you have a PC version, you can use trainers, that is, special programs that run in the background and offer various facilitations. Another solution to make it easier for yourself, which is universal for all platforms, is the God Mode described below. 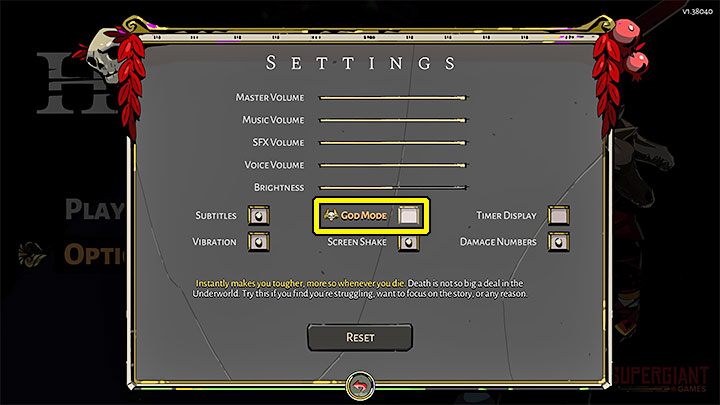 You can enable God Mode from the settings menu. This is possible both before the start of the game, as well as after the start of the game, for example, if you reach a point that, despite numerous attempts, you will not be able to complete. The only exception is the situation in which at the time of creating a new profile you have included the Hell Mode, and it is generally reserved for the most experienced players who know Hades perfectly. 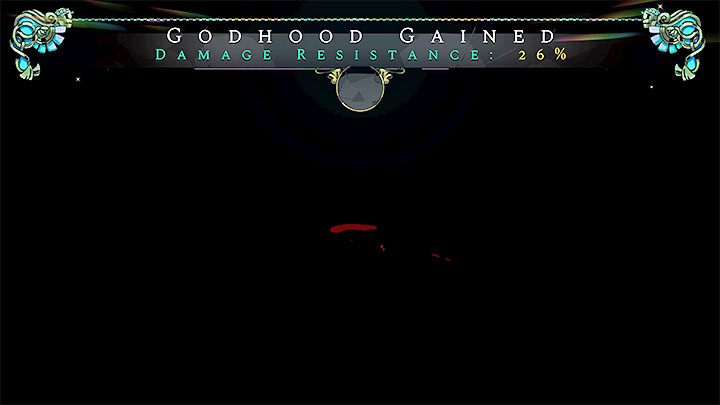 God Mode, despite its name, does not guarantee complete immortality and you can't count on finishing the game with no fatalities. This mode increases the hero's resistance to enemy attacks. This is not a one-time change. The initial stamina bonus is 20% and increases gradually as Zagreus dies - by 2% after each death. It can reach a maximum of 80 percent, and so enemy attacks can target up to 80% less damage. Zagreus will still be able to die, but your chances of survival should increase significantly.

Additional note - if you want to cheat even more, you can intentionally die in the first chambers of Tartarus in order to go faster than in the case of a normal game from the level of 20% of the stamina bonus to 80% of the attack strength.

God Mode does not block the ability to unlock trophies / achievements. So, even with much easier playthorugh, you can still fight to unlock the platinum trophy or 100% of achievements.