On this page you will find basic information about the currencies available in Hades, finding out their purpose and how to use them.

Charon's Obols is one of the currencies in Hades. 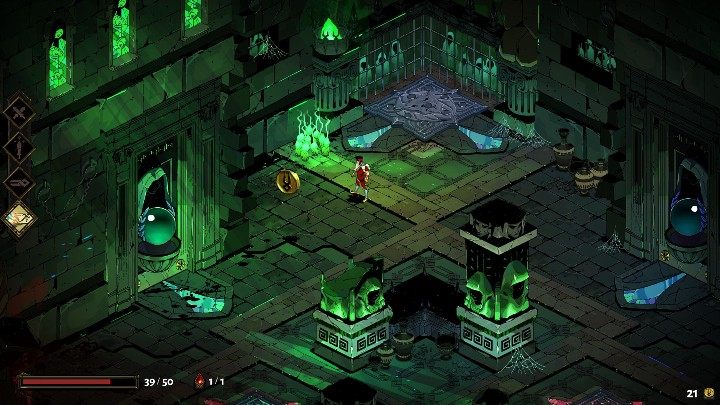 Obole is one of several currencies which you can find in this underground world. It evens out after the hero dies, so avoid amassing it, and spend it at every opportunity.

Obols can be spent on items in Charon's shop or at his well. 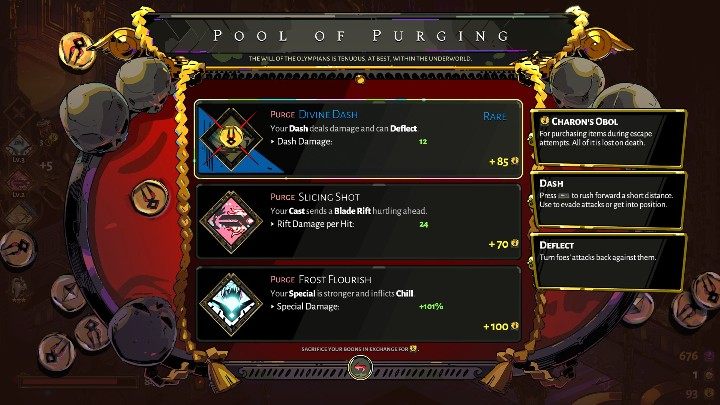 This currency can be received as a reward for defeating enemies or for opening hellish treasures. The amount of received Oboles can be increased thanks to Chaos Affluence boon.

Charon's Oboles can also fall out of jugs if you purchase a suitable upgrade.

Nectar is one of the currencies appearing in the game. 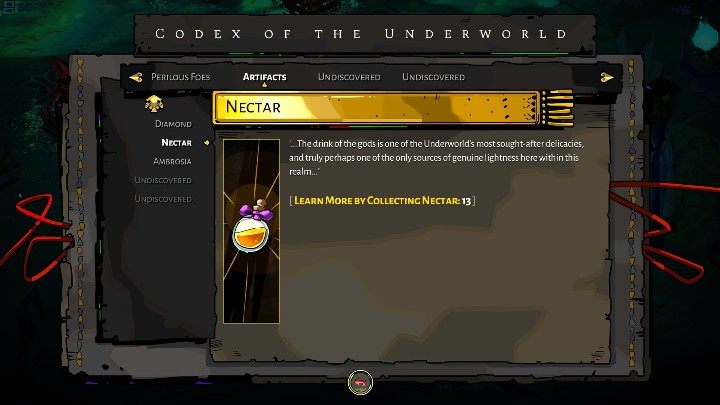 Nectar is one of several currencies you can find in this underground world. It is not removed after the hero's death so collect it as often as you can.

It is used to increase the bond with the encountered characters. Any character to whom you will give the Nectar to will give you a keepsake.

Characters receiving their first Nectar from Zagreus will repay the favor by giving him keepsakes. 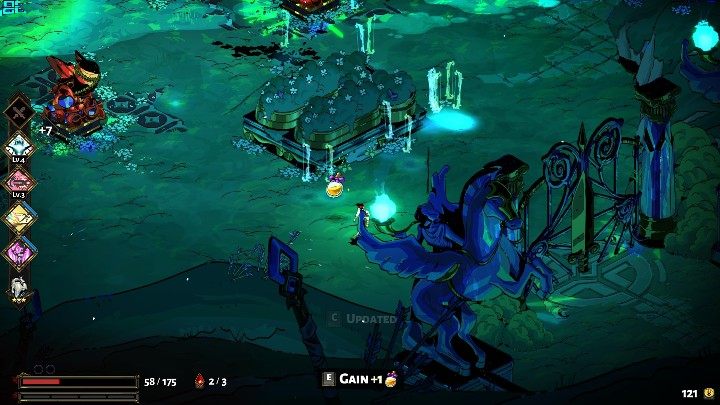 Like all other prizes, nectar can be obtained after a room has been cleaned, or purchased from a Wretched Broker. You can also fish in Elysium, resulting in extra nectar.

Give Nectar to gods to receive a keepsake. A detailed list of keepsakes can be found on a separate page of the guide.

Darkness is another currency appearing in the game. 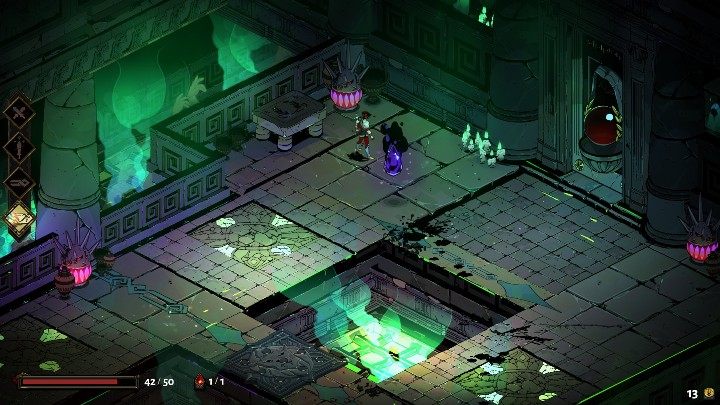 Darkness is one of several currencies you can find in this underground world. It doesn't get lost after death, so collect it as often as you can. It is mainly used to enhance the character's powers in Mirror of Night. 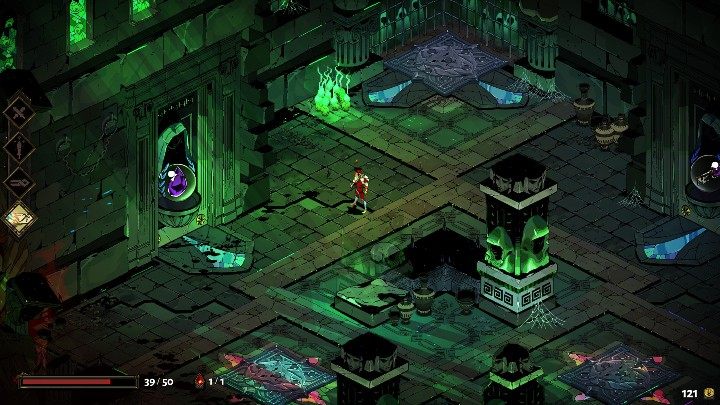 You can receive Darkness as a reward for clearing the room, for opening Infernal Troves, or when shopping at Wretched Broker.