The army of Northern Kingdoms are led to battle by Foltest, Henselt, or Radovid. The army consists of the best units recruited from the entire North. You can command Crinfrid Units, Redanian Elite as well as a highly-trained Blue Stripes squads. The core of Northern Kingdoms army are powerful siege engines that can break any line of defense. 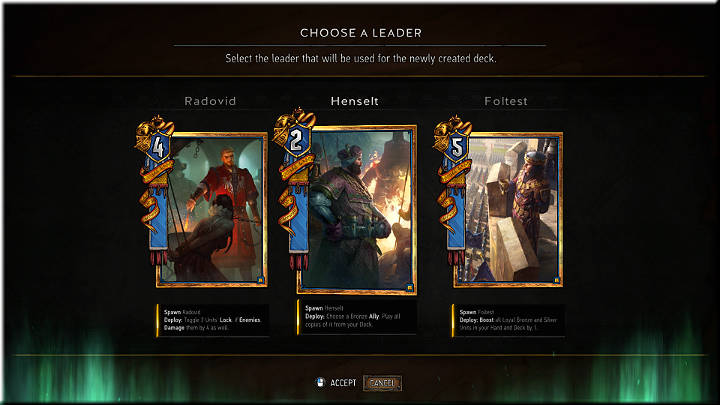 1. Currently, you can encounter 2 archetypes of Northern Kingdoms decks:

2. Playing against Northern Kingdoms, remember that Locked cards can be Resurrected or moved back to the deck, regaining their unique abilities.

3. Some Northern Kingdoms units, like Blue Stripes Scout and Redanian Elite, have an additional Armor. Bear in mind that they lose Armor first, and you can damage them only after they've lost it. However, there are cards that completely ignore Armor and deal serious damage but they aren't available for all Factions.

4. Watch out for cards with the Crewmen ability because they can activate their abilities again with Fresh Crewmen.

5. Northern Kingdoms decks often include weather effects so make sure that your deck has at least one card that can clear the board from adverse weather conditions.