A game of Gwent can be divided into several stages, and it's a good idea to take the time to get acquainted with them. Gwent involves, first and foremost, strategy and effective bluff. Don't be afraid to concede the first round to come back in the next one and win it with great style! Plan your moves ahead and modify the plan whenever necessary. Never give your deck away. Count on your opponent's mistakes. 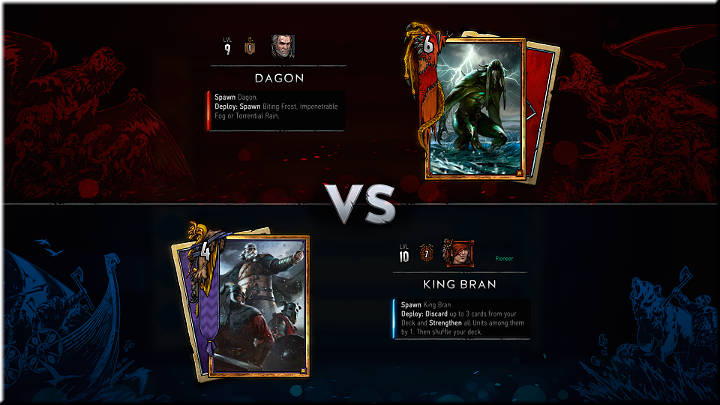 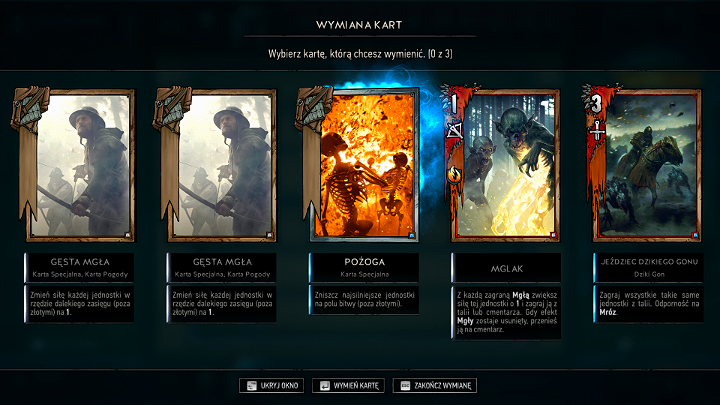 After you've chosen a deck and found an opponent, the so-called Mulligan, which is drawing cards for the game, starts. Apart from a Leader card, both players receive 10 random cards that they will have in hand for the duration of the game unless replaced or removed with the use of other cards. Before you start playing, you can choose and replace up to 3 cards. If you dislike just one and want to get something better in its place, you can swap the same card three times. If you don't want to replace anything, you can skip this stage - simply press the RMB and confirm your decision. 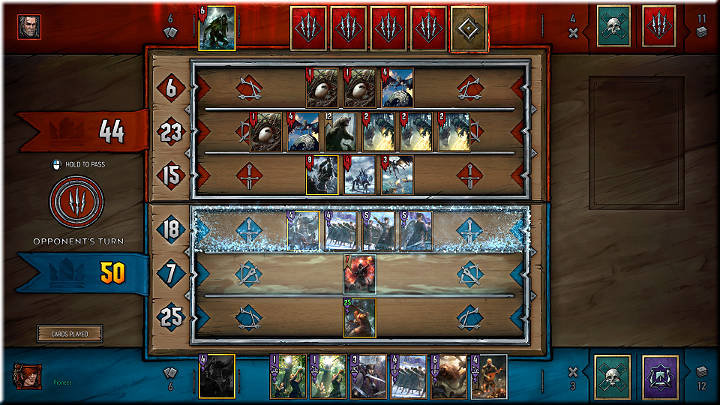 After Mulligan, the actual game starts. The token on the left side of the board choses the player who plays first. A round ends when both players run out of cards or one of them Passes or concedes the round. The outcome is decided by the total amount of attack points which both players collected. If both players have the same amount of points at the end of a round, both are awarded a victorious round. 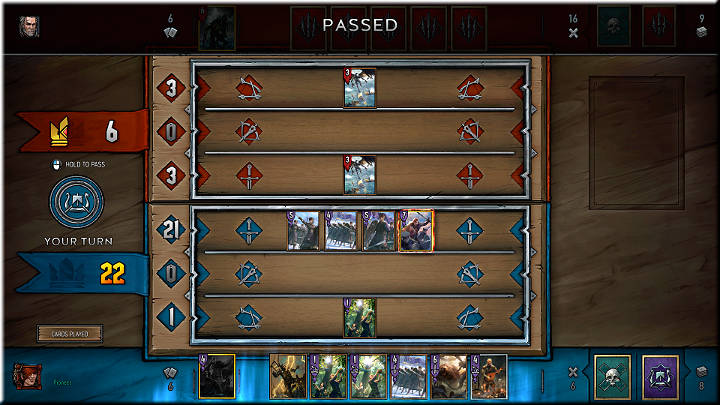 Round two starts with the players drawing 2 random cards from the top of the deck, and then one of the cards in hand can be swapped. The table is cleared of all cards and weather effects. The only exception are cards that have a skill to stay on the board or those that come back from the Graveyard. The winner of the previous round plays first (in case of a Draw, the game chooses the player who starts). The second round can be the decisive one if won by the player who was victorious in the first one. If this isn't the case, the final round will decide the outcome of the match. 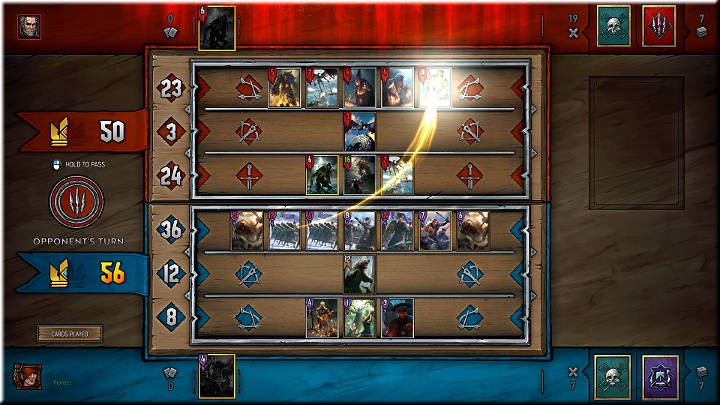 Before the game starts, players receive one random card from the top of the deck and can swap one card once again. The table is cleared again, and the player who won the previous round plays first. The third round decides who wins the match.

Stage 5: Conclusion of the game 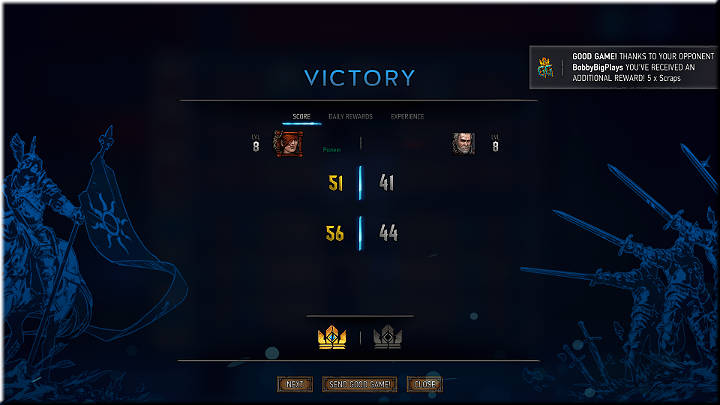 After the match has ended, the game displays the result and then counts the acquired experience points and gives players their daily awards for the won rounds. At this point, it's a good idea to congratulate the opponent. Such gesture gives him/her 5 pieces of Ore or 5 Scraps. If they do the same, you also get a small bonus.