This page of the Gwent: Rogue Mage guide is dedicated to the world map, and involves subjects like how to navigate it, and how to distinguish important locations.

Navigating the map in Gwent: Rogue Mage is very simple - just click on the nearest interactive point to travel there immediately. You'll encounter a lot of these when exploring. 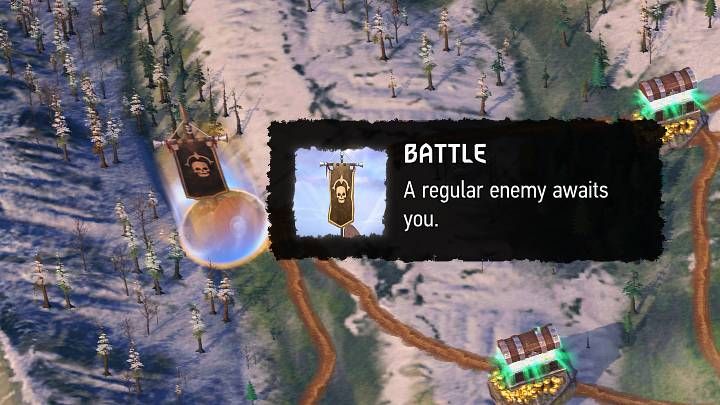 In Gwent: Rogue Mage opponents are marked by flags of various color (as shown in the screenshot above). Clicking on a standard flag begins a battle with a random opponent. During such encounters, your chance of winning is high, and after defeating your opponent you will be able to add or remove one card from the deck. 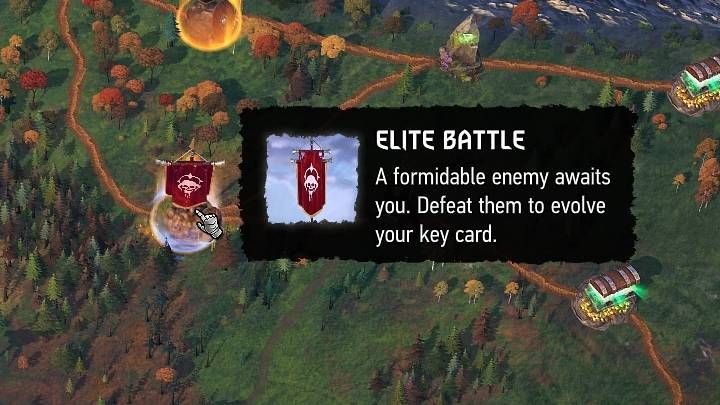 Elite enemies are marked by a red flag - they occur less frequently, but the battle that is about to take place will be against a stronger, elite opponent. These duels are more challenging and may end in failing the expedition in case of defeat. After defeating an elite opponent, you will be able to advance (Evolve) a key card from the deck. 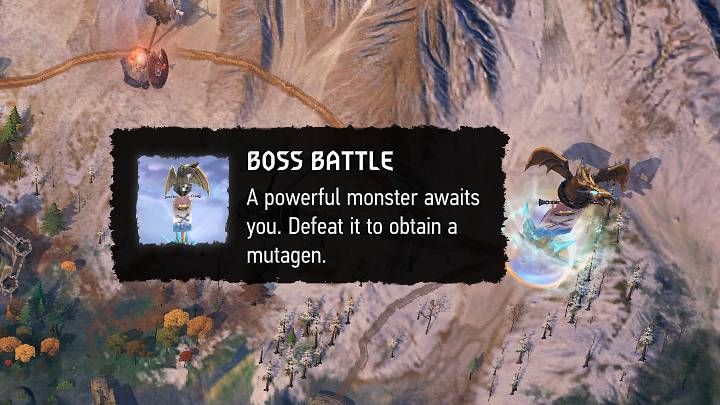 Boss fights of the Gwent Rogue Mage game are the most challenging clashes - to prepare for them, reinforce your deck and replenish Energy. Bosses have powerful cards and unique mechanics to add to the difficulty of the clash. 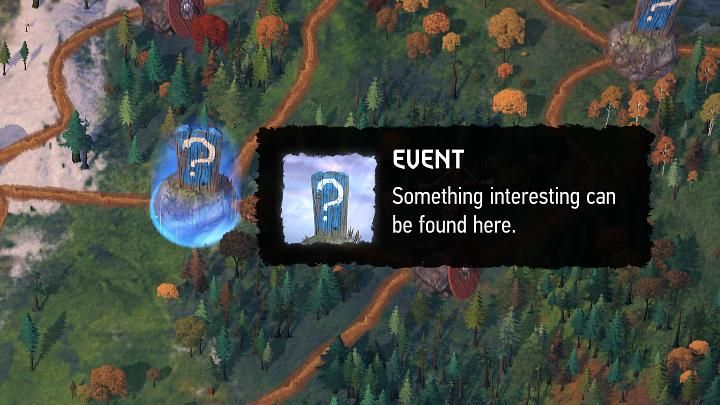 Events on the Gwent: Rogue Mage game map are marked with a distinctive question mark icon on a blue background. When you enter such a point, you will be able to gain something, such as renew Energy or add a card to your deck, but you will also lose something if you fail a particular attempt. 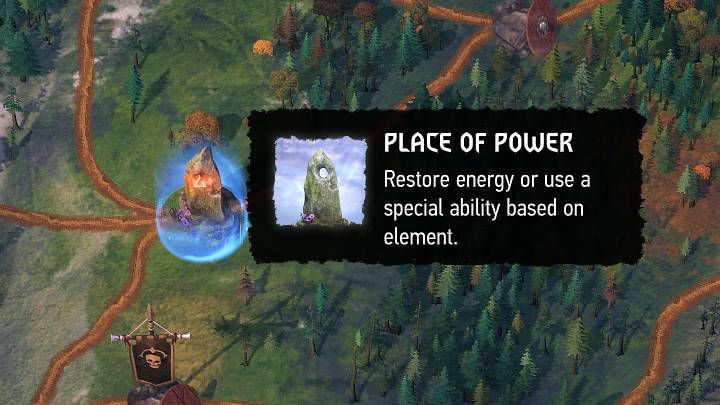 Places of Power were marked with a distinctive icon of a stone monument with a sign of the corresponding color. Depending on which Place of Power you visit, you will be able to renew Energy or enjoy another bonus. 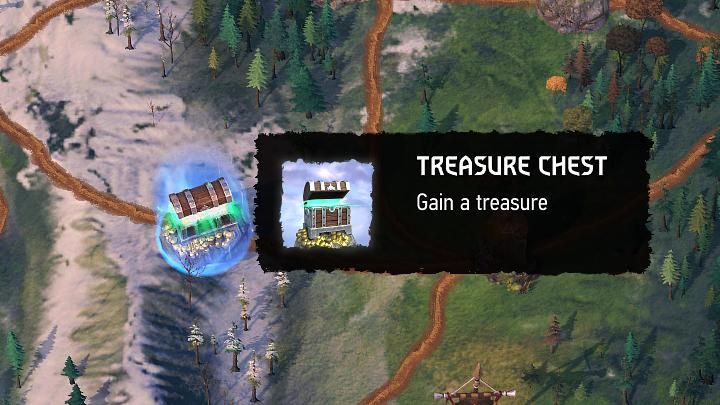 Treasure chests, which icon can be seen in the screenshot above, are places that will strengthen your deck. Once at this point, you will be able to add one of three random cards to the deck - spells or passive cards that appear on the board when the game begins.