From this page of the game guide, you will learn how a duel in Gwent Rogue Mage goes on, as well as who can become the winner of the fight.

In Gwent Rogue Mage, you will fight a great number of duels with various opponents, who will use diverse decks and special abilities. Each duel can be divided into two phases, after which a winner is determined. 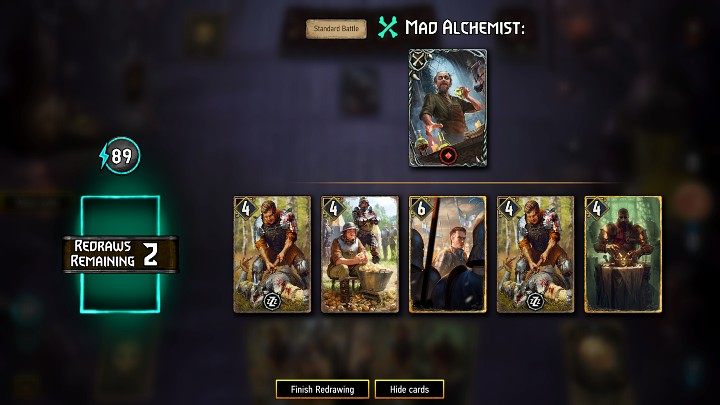 A duel in Gwent Rogue Mage opens with a card selection phase, in which you receive 5 random cards for your hand. You can keep the drawn cards or decide which ones you want to exchange (you have two exchanges available). If your deck is based on a particular combination of cards, now is a good opportunity to try to gain the best possible opening of the duel.

If you have cards in your deck that appear on the table passively at the start of the game, they will be played automatically. 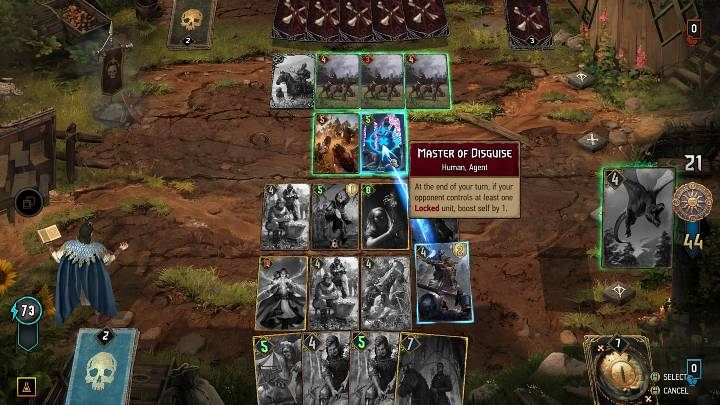 Combat in Gwent Rogue Mage is turn-based, which means that you can play one card from your hand in a given turn, and then you have to click the coin icon on the right for your opponent to make his move. 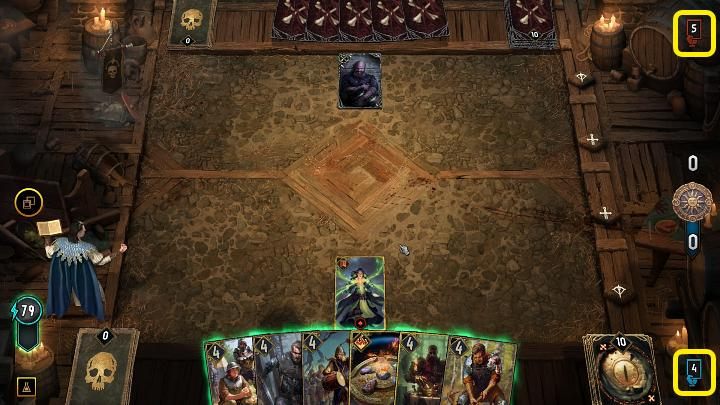 Each player can draw only one card per turn and use the special ability of the character they are leading once, and the card selection counter is displayed in the lower right and upper right corners of the screen (the icon of a hand holding a card with a number). Card selection limits mean that if you expand your deck too much, drawing key cards in a duel will be made much more difficult.

Many cards have abilities that are activated manually during a duel. You can use such plays every turn, as long as the cards allow it.

Completion of the duel 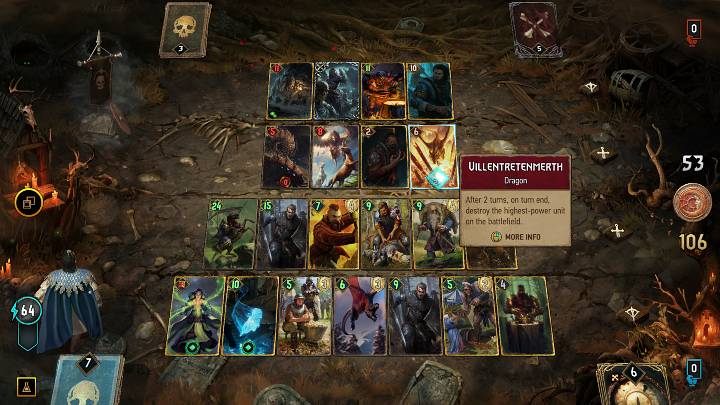 The duel ends when both players play all their cards and either fold or are forced to fold. To win a duel in Gwent Rogue Mage, you need to have more points than your opponent.

Remember that in Gwent Rogue Mage it is the opponent who always puts their card on the table last, making it possible to turn the tide of the duel.