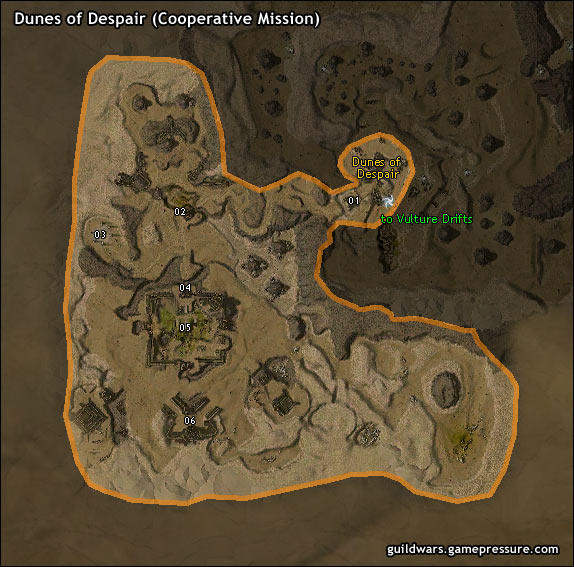 The barren desert landscape here is broken only by tall, surprisingly urban-like ruins that mark people's failed attempt at Ascension. Made of wood from the ships that brought them to the desert's shores and bricks made of sand and mud, the structures have withstood the harsh desert weather surprisingly well. The people who built them, unfortunately, did not...

You can enter this map by selecting "Enter Mission" in Dunes of Despair location.

You need to complete this Mission to unlock Ascension Mission.

Ghostly Hero will lower the bridge.

Slow Totem (Item) - When dropped on ground slowing attack of all enemies in range.

04 Entrance to Temple of Ascension

Ghostly Hero will lower the bridge.

After killing him you got *BONUS* Quest

*BONUS* Gain more glory by defeating the three forgotten generals within their forts.