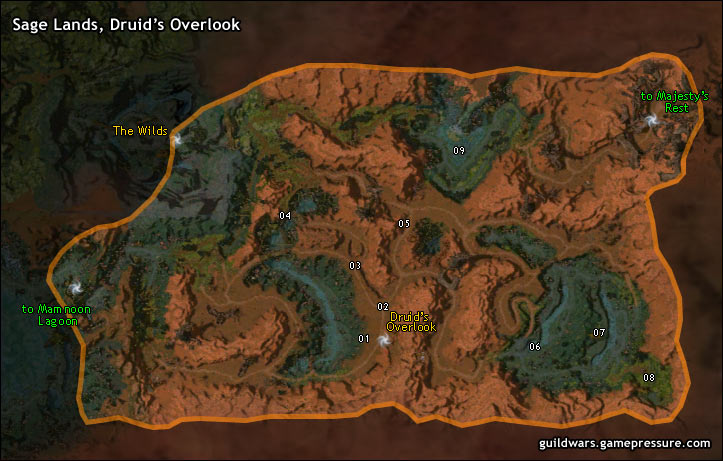 Located in the dry upper region of the Maguuma Jungle, Druid's Overllok provides a spectacular and deceptively pleasant view of the harsh and deadly Sage Lands below. This area was once home to a sacred fountain dedicated to Dwayna, whose statue now lies in pieces in the brush.

NOTE: To make the Avatar of Dwayna appear, your have to kneel at the Statue of Dwayna.

Quest: Wisdom of the Druids. Travel through the Sage Lands and await the druids at the base of the waterfall. Reward: 500 xp.

TIP: When Druids Spirits appears speak to Ancient Druid Spirit for your reward.

Grahm (for Quest: Eye for Profit)

NOTE: You need to wait at the base of the waterfall and defend yourself from Maguuma Spiders before they appears. After short conversation try to speak to Ancient Druid Spirit.