The spots where you can encounter the armored vans have been marked on the map attached to this description. 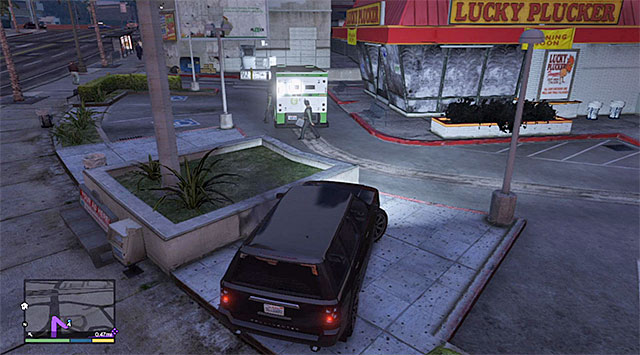 This event activates in as many as ten different locations in the game world, and it is always identical in its course. You should notice a white and green armored van, and it is a good idea to try obtaining the cash carried by it. I recommend that you attack the van as soon as it stops at the fuel station, or where the guard receives the money. At the same time, you should note that the guards are very vigilant and they will attack you as soon as they see a gun in your hand. The best idea is to attack the guard carrying the case with the money before he puts the case in the van. You should be, of course, prepared to produce quickly your favorite weapon from the inventory and eliminate both of the guards before they manage to respond with fire (you can also squash with your car, at least, one of them). 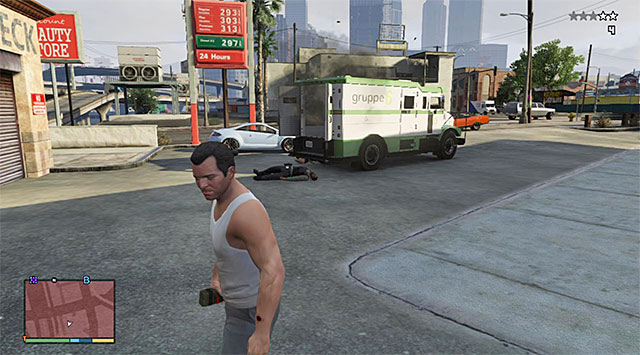 A bomb is a good way to open the van's door

If the briefcase with the cash in it has already been loaded onto the van, the only way to obtain it is to destroy the van's back gate. Approach the gate and start firing at it using, e.g. the assault rifle, or attach a sticky bomb to it and detonate it. Regardless of how you decided to obtain the money, eventually, you will need to shake off a two- or three-star police pursuit so, start running right after you have obtained the briefcase.