This is the most important new feature in the whole add-on. Thanks to Gunrunning, you can expand your criminal activities by selling weapons. Additionally, thanks to that you can get access to powerful and weaponized vehicles. Players can buy underground facilities in Paleto Bay and use them as their bases in which they can plan their next heists. 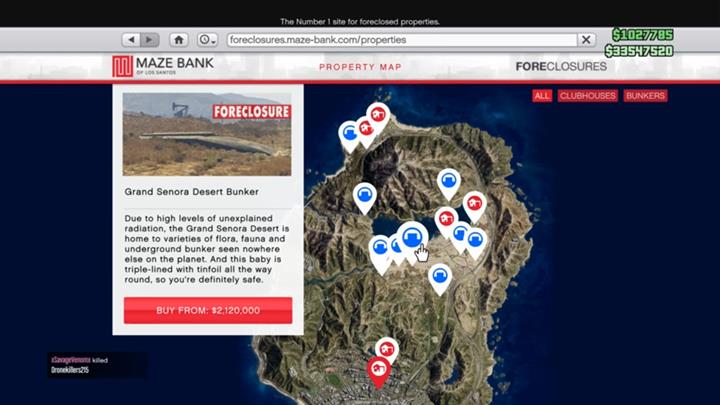 In order to buy a bunker you must be either a VIP, CEO or a Biker Club President. Bunkers are a very pricey investment. However, they offer you a base in which you can start Gunrunning Missions, you get access to Mobile Operations Center, unlock weapons/vehicles workshop and you can also carry out research. Below, you can find descriptions of some of the locations that you can buy:

If you want to manage your bunker you simply have to use a laptop that, in default, is located inside of a purchased bunker. Then, you must go to Disruption Logistics and select what you want to do. By default, all underground bases offer you options to refill supplies and sell stolen weapons. Additionally, you can also change bunker's decor and select another research.

When it comes to supplies, a full supply bar contains 100 units. This number can't be changed by any of the modifications. There is an option to buy 20 supply units for $15,000. However, if you decide to get supplies by completing missions during which you steal them you get 20 units with a chance to double that amount for every player that participated in that mission.