Fishing is one of the most difficult game mechanics. However, fish are suitable for quests and cooking. Fish dishes give a lot of energy, which is useful when exploring dungeons.

However, it is very difficult to earn money from fishing even though some fish are very valuable. For the most valuable fish you can get as many as 5 gold coins, but the chance to catch those it is very small.

How to fish in Graveyard Keeper? 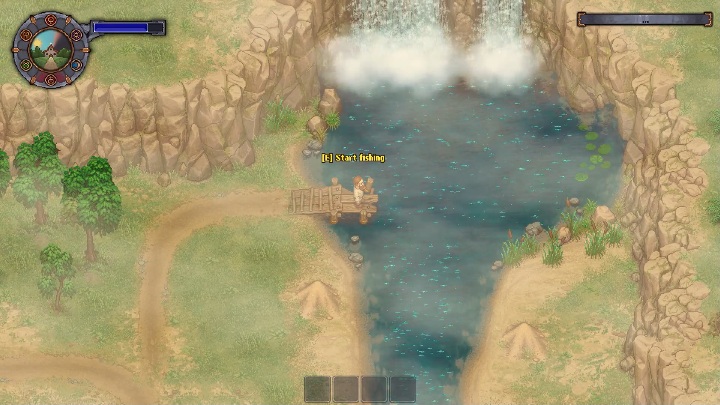 To start fishing, you must stand on the platform and cast the rod in the water. It is not possible to cast the rod in any other place. The rod can be thrown with the E key. 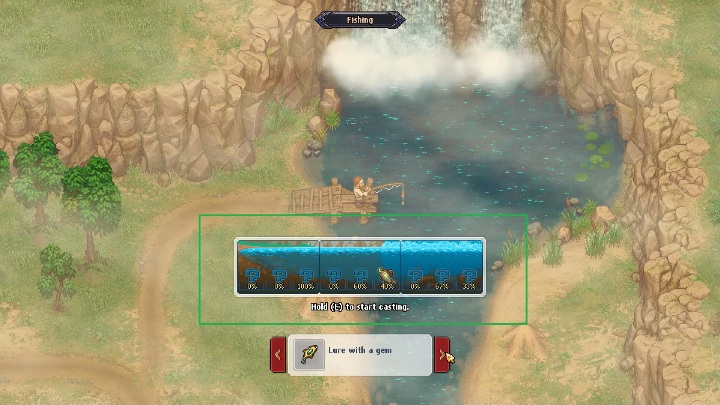 After casting the fishing rod you can choose the lure. The lure is chosen from your inventory. When you select a lure, you will see a bar with a percentage chance of catching the fish species. 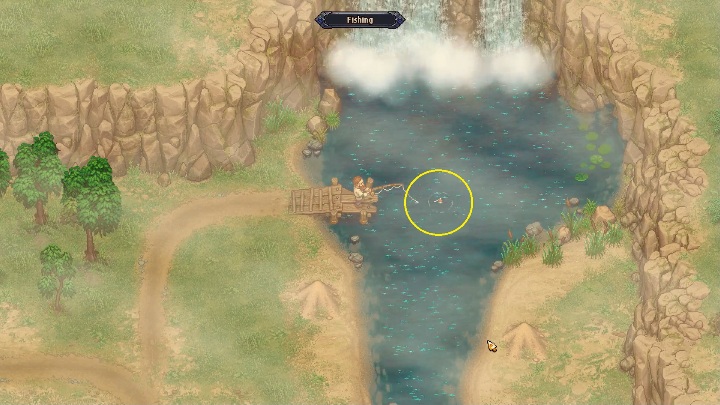 After selecting the lure you must observe the behavior of the water. If there are circles on the water around the floater, you must quickly press E key. 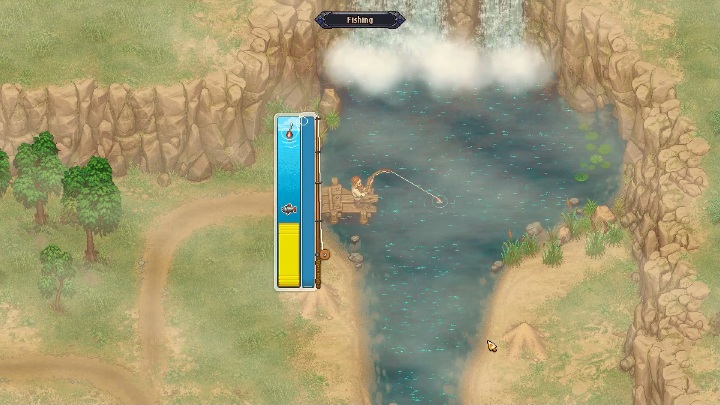 A bit later you will see a mini game that will require you to click your mouse buttons. The fish will move in the bar next to the character, and you need to maneuver the mouse so that the fish is constantly in the yellow bar. If the fish is thrown out of the bar for a few seconds, the fish will be released into the water.

Where can you find fishing spots? 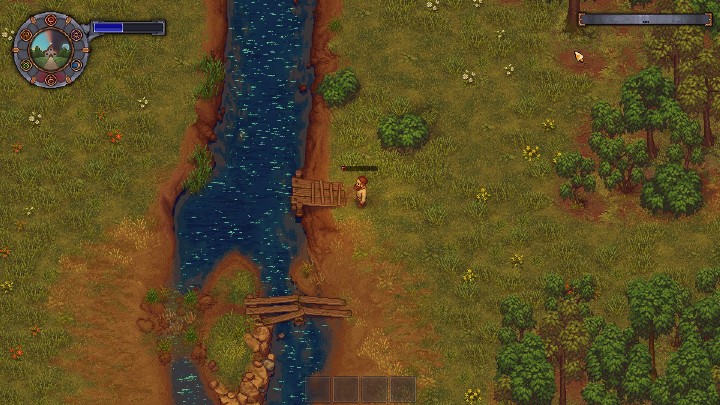 You can fish in 5 places in the game. In order to cast the rod you have to stand in a specially marked place, shown in the screen above. 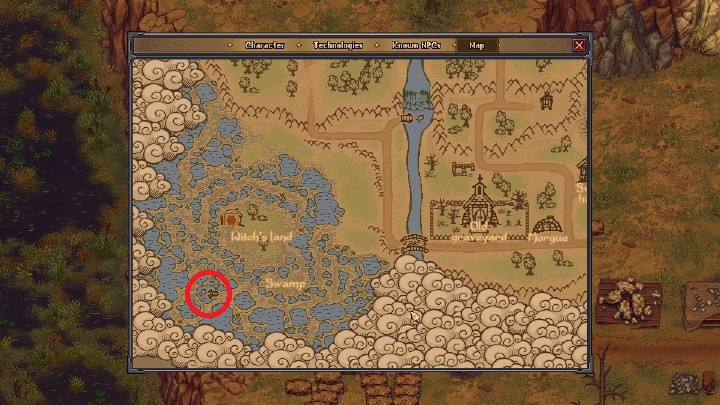 One of the places is located in the Swamp, right under the house of Clotho. There you can catch Frog and Bream. 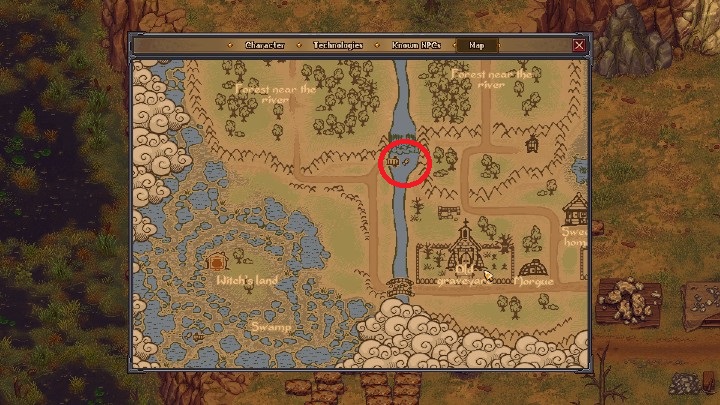 The next place is in the location called Forest near the River. After getting there, on the left bank you will find a waterfall. You can catch fish like Anchocy or Pike here. 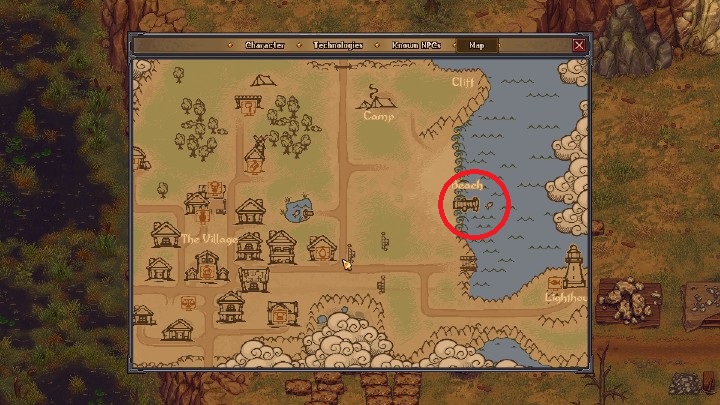 On the other side of the map you will find Sea. There you can catch very valuable types of fish, such as Goldfish or Gold Crucian. 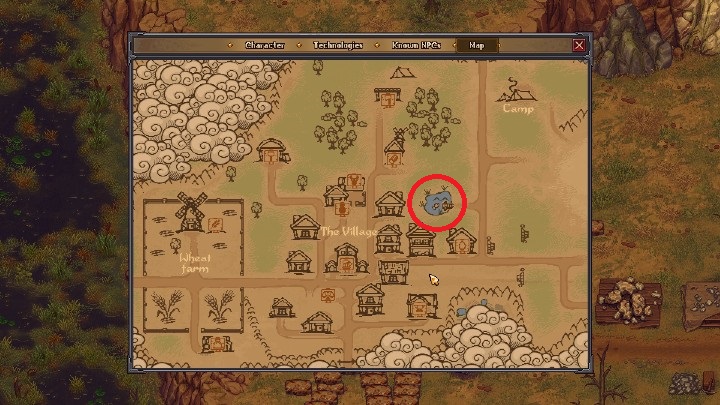 In the very centre of the in The Village you may find a pond where you can catch Frog, Prech or Sliver Crucian. 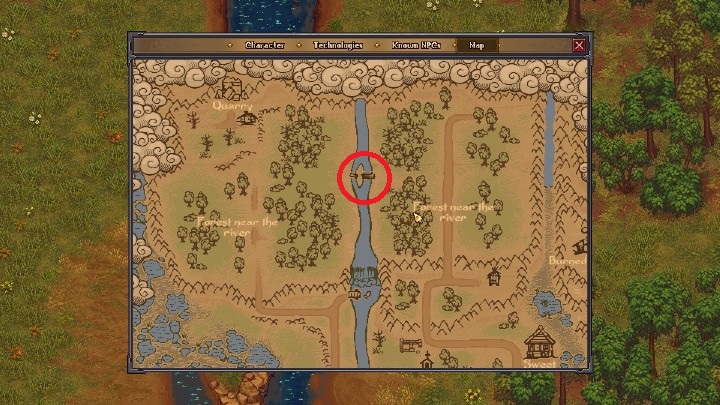 The last possible spot where you can catch fish is the River. It is located above the waterfall, near the bridge - the point has been marked in the screen above. You can catch most of the fish there.

We have prepared a list of available fish in the game to make it easier for you in catching them. To each fish we have added information on where you can find it, the dependence of fishing on the time of day and what lure it is worth to use.