At the very beginning of Graveyard Keeper, Gerry will give you a quest. He will ask you to get him a beer. There are a few ways to do it. We've described all of them to make the initial missions of the game easier. Some of them are pretty complicated and require a considerable amount of time.

Buy the beer in the bar 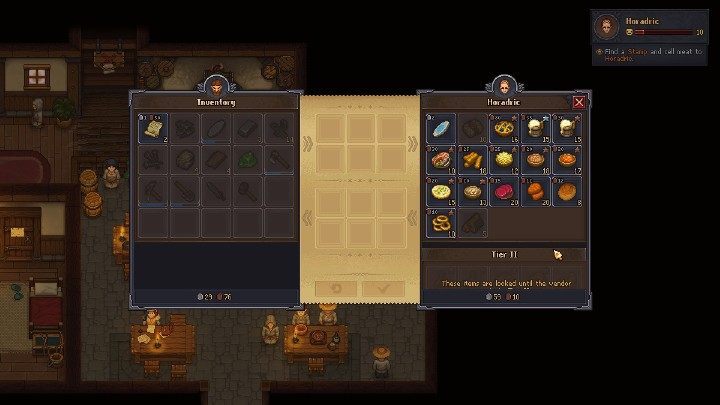 This is the easiest way of obtaining the beer. Just go to The Dead Horse and buy the beer. A beer costs 30 bronze coins, which - even at the beginning of the game - isn't much. Get some resources such as wood or stone, sell them and get the beer.

Return the letter to Horadric 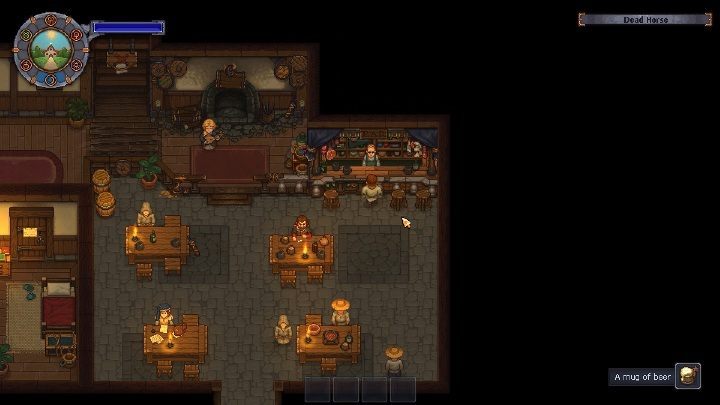 After the first conversation with the bartender you will get a letter for the blacksmith. Just go to Krezvolda and give him a letter. All you need to do is return to the bartender, inform him about the delivery and he will give you a beer.

Craft your own beer 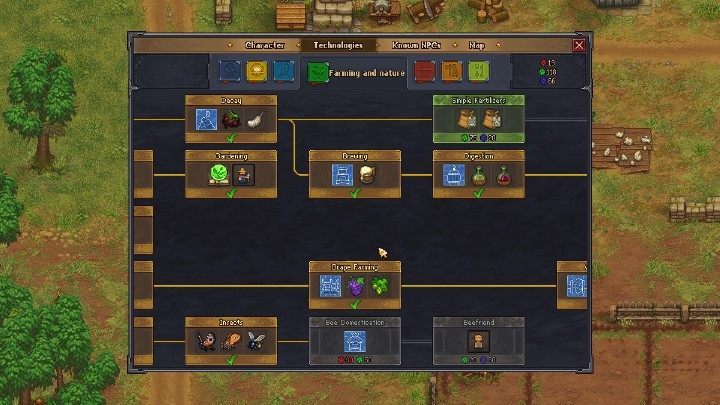 This is the most difficult way of obtaining the beer. If you follow the right character development path, you'll be able to craft your own beer. It's enough to unlock the brewing skill in the technology tree. That's the Farming and Nature branch. 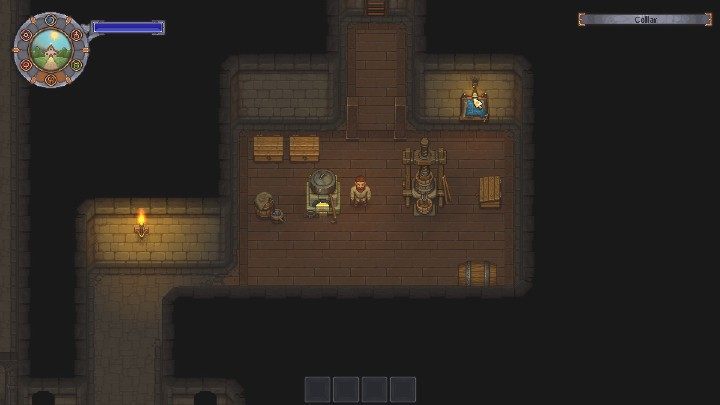 Then just place the device in the basement and put 50 water, 3 hops, 15 wheat into it and you will get 5 glasses of beer.