In Graveyard Keeper you can encounter special NPCs. Your chance at meeting them depends on the day - they aren't in the town at all times. The only exception is the donkey that delivers you corpses. 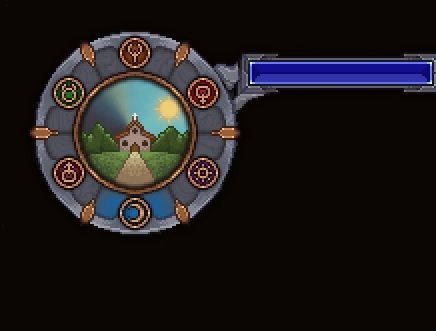 The game features a day counter. You can find it around the clock. Each day is marked with a special icon and each icon corresponds to a given NPC. Below you can learn which NPCs can be encountered during particular days. A character remains around until the end of the day. They disappear after the sunset. 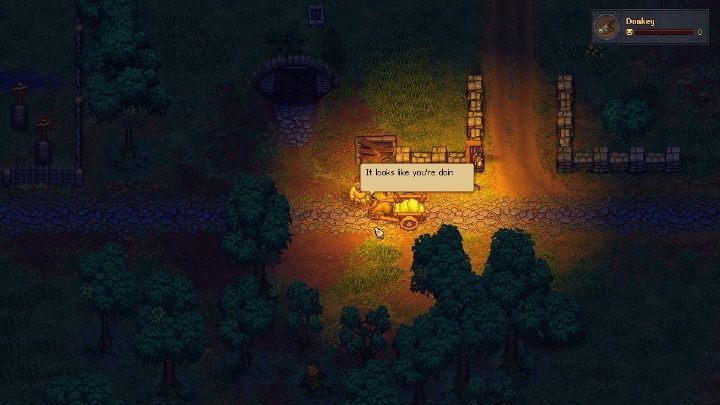 Donkey appears at random days. The animal delivers corpses, thanks to which you can develop your graveyard. Also, the donkey has various quests for you that must be completed. If you don't finish them, the donkey will stop delivering corpses. 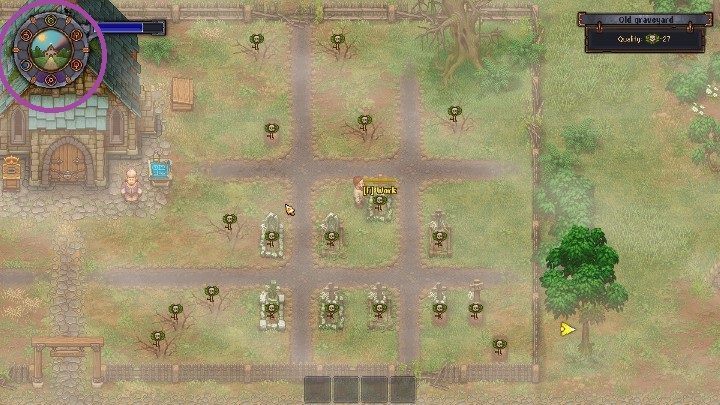 Episcop visits the graveyard on Pride day (days marked with the purple icon presented in the picture above). Episcop looks after the graveyard. He can also let you enter the church, which enables you to get faith points. 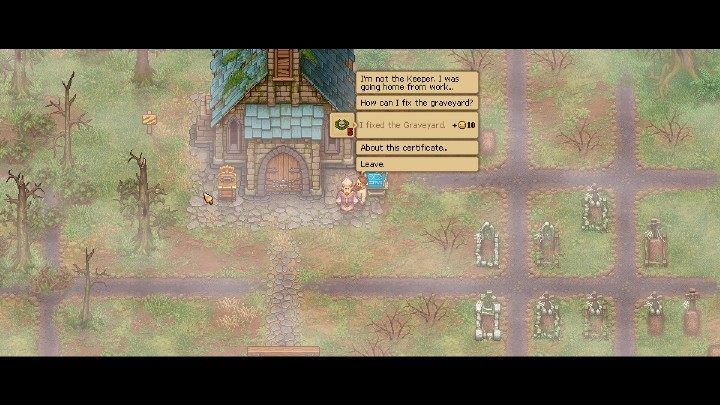 Episcop always comes to the graveyard - he waits near the church. You won't find him anywhere else. 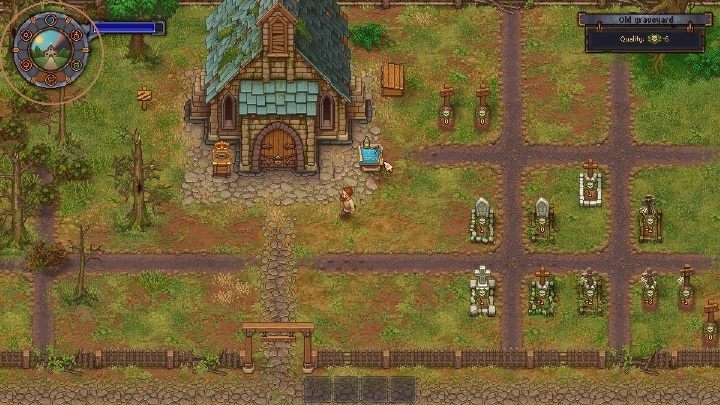 Merchant visits the town on Day of Gluttony (days marked with brown icon presented in the picture above). He wants to do business with you. Prepare yourself for quests that will require a lot of gold and valuable resources. 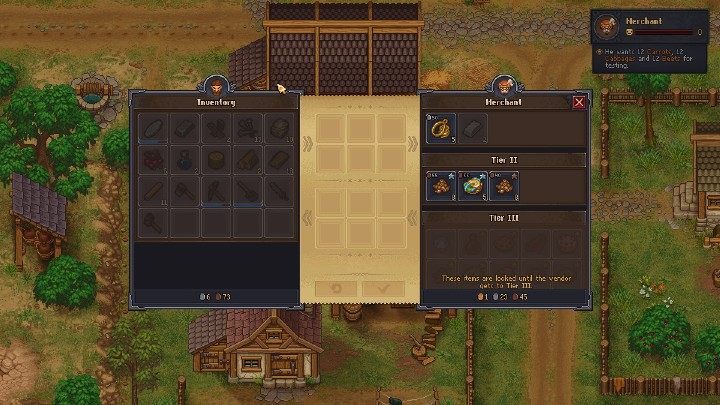 Merchant can always be found near The Dead Horse tavern. 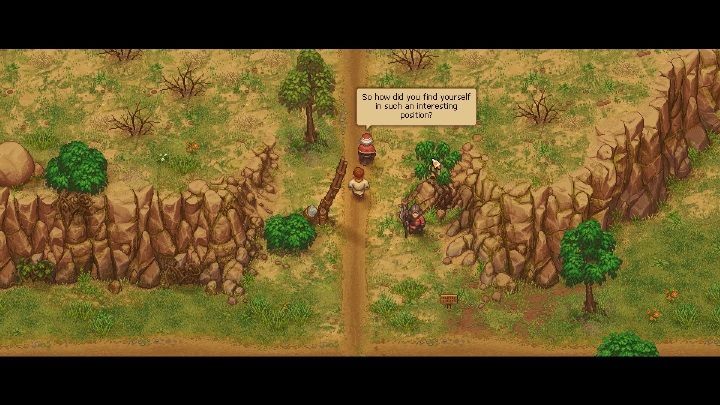 The first meeting with the Inquisitor takes place on the road to Witch Hill - this will happen after your first in-game week. He will ask you how you have became a graveyard keeper. It doesn't matter which dialog option you pick, as he'll take every option for a joke. After that he will ask you to join the witch burning ritual. 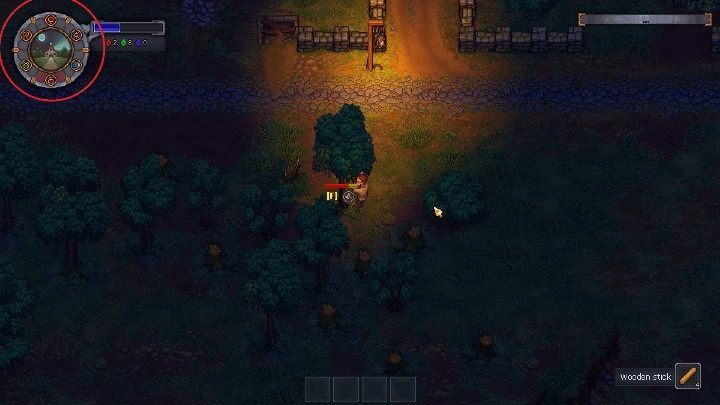 Inquisitor can be found in Witch Hill on Wrath Day. These days are marked with the red icon.

The first meeting with Snake happens in the basement beneath your house. He complains about the villagers and about the fact that he can't leave the tunnels. 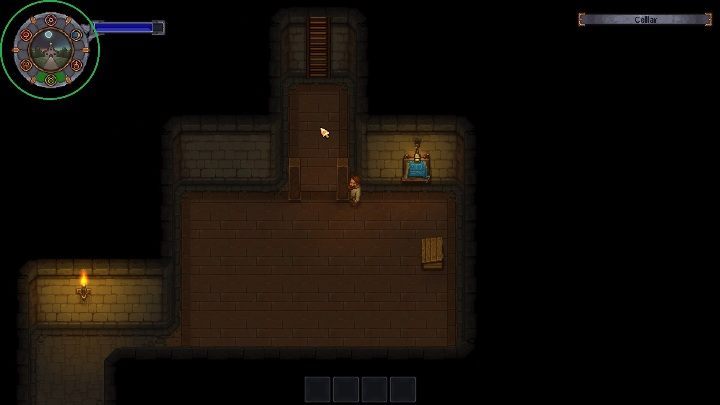 He can be found in the basement every day, until he is able to leave the tunnels, despite the fact that he's assigned to Envy Day. 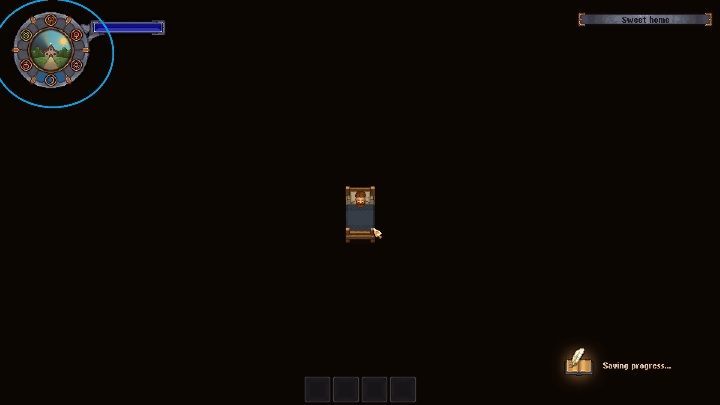 Astrologer can be found on Sloth Day near the Lighthouse at Sealight (the blue day presented in the picture above).

Give him a skull taken out from a corpse to receive a key for Snake. 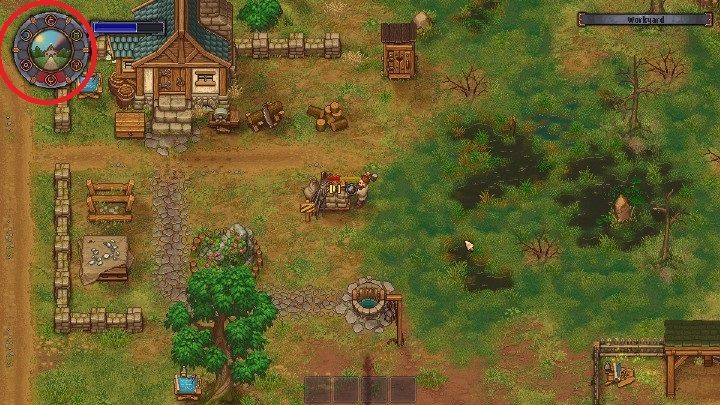 Ms. Charm appears on Lust Day in The Dead Horse (red days marked in the picture above).