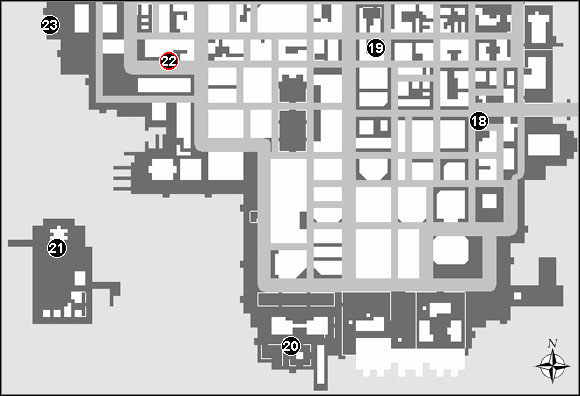 Running all the time, shoot continuously at walking targets. Try not to waste time on destroying cars and killing their drivers as there are enough gangsters in the neighborhood.

A very pleasant task, practically limited to a slow walk down the street with a repetitive right trigger (aim) and A (fire) sequence. A gold medal should not be hard to win after you destroy all the cars you see on your way.

Together with your back-up head to the street killing every person who gets in your way. Once you reach the street you shouldn't complain about lack of targets.

Like in task 16, all you have to do is walk around and keep A pressed to maintain constant fire.

Act according to the pattern of this kind of tasks - drive your car to get closer to the targets on your radar and keep close to them until they explode.

Once you get your hands on the most powerful machine gun in the game no one will pose a threat to you, and that also includes cars. Together with your gunmen destroy everything in sight. Move constantly looking for more targets. 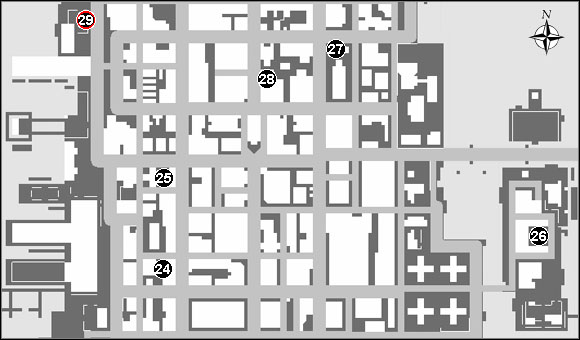 Just like in mission 19, walk around pressing the right trigger and A alternately. You have to be really talented to end up with less than a gold medal.

Given the short fire range of your weapon you have to stay close to your targets. Eliminate gangsters walking on the street as well as those in cars.

Nothing new to be done here, just walk around with your partner shooting, killing and blowing things up.

An assault rifle is definitely not a weapon of choice when it comes to blowing up cars. That's why you should concentrate on pedestrians. If you're lucky you may encounter a group of gangsters without guns (but still armed) - easiest points you'll ever get.

It is time to play ninja. With lightning speed move from one hostile group to another. One slash should be enough for a gangster to choke with his own blood.

After starting the engine proceed in the same way as in other missions with a pickup. Focus on eliminating cars with gang leaders inside as they are worth four times more than the others. 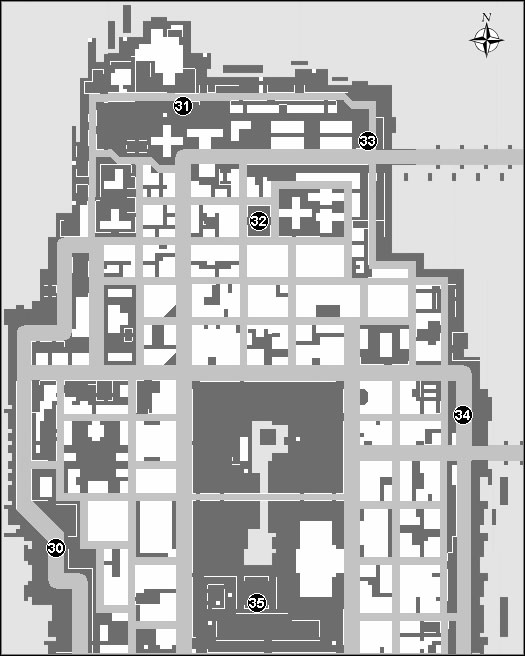 Rush off the bridge and start a barbecue. Invite all the gangsters and tell them to bring their rides. This should cause a traffic jam which is a perfect situation to rise the points' multiplier.

Remembering that an assault rifle is not the best weapon against cars, head towards cross- and T-shaped buildings. When you get there start running around killing your opponents.

Destroy everything within gunshot with constant fire.

Eliminate walking gangsters with multiple short cuts of your chainsaw (by pressing A shortly). If possible, avoid cars with angry and well-armed drivers inside.

Exactly the same scenario as in 30. Descend, burn, and win a gold medal.

The shotgun is definitely not the quickest-firing and most efficient gun. Pull the trigger only when your enemy is close to you - you'll have plenty of occasions in the park.