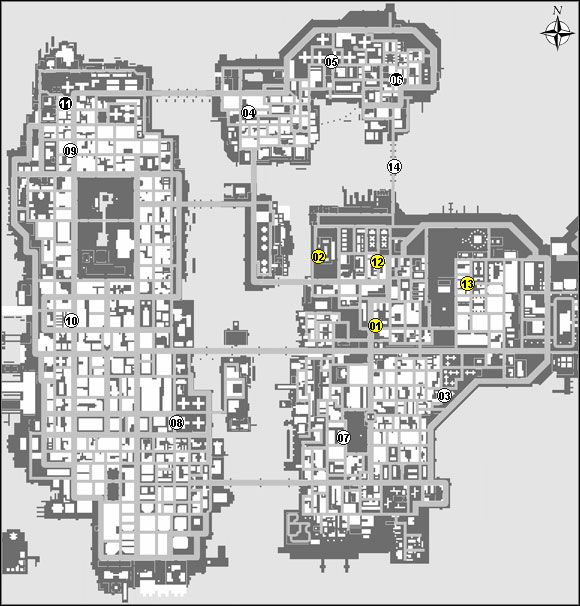 The hot dog guy wants you to plant a bug under his unfaithful wife's car. The vehicle is parked outside his house in Hove Beach. Plant the device using a mini-game.

When you meet him again, Giorgio is more than sure that his wife is cheating on him. Take him to a designated place where his wife gets caught in the act and, presumably, instantly punished.

Slightly crazy Alonso wants to get to the bus station. After driving him there you have the opportunity to observe his fight with an 'iron beast'.

Tommy needs a gun and it's your job to help him get it. All you have to do is hijack an Ammu-Nation truck (the way of doing it is described in one of the chapters) and deliver it to your employer.

Your friend got a little carried away with the gun you gave him. As a result you have to deal with two stars of police attention. Your mission is completed when you evade your pursuers.

It's enough to drive Selma back to her home in Rotterdam Hill.

This is one of the most hilarious tasks in the game. You have to run away from Selma who apparently has feelings for Huang. A short sprint should do the trick.

Marcy wants to feel the rush. Your job is to please her by driving as fast as possible. Any additional jumps or the so called 'near misses' (when you pass other cars driving very close to them) are highly recommended. Once your passenger is happy, drive her to the hospital.

You meet your friend a short while after her consult with a doctor. It seems that her weak state of health was a false alarm and that she's just fine. She wants to break the news to her lawyer and your job is to drive her there.

This time you have to drive an actor to the shooting before a certain hour. When you head to the club you'll hear the sounds of your star's 'rehearsal'. You reach the Perestroika club in a funnily bouncing limo.

This pleasant woman of loose morals and her friends are going to attack you a moment after you begin a conversation. Considering the fact that your main goal is to escape with your life, you can either run away or try to kill ten women.

The last three tasks appointed by Wilhelm are available only after completing the "Carpe 'Dime'" mission.

You have to drive Wilhelm to an auction at the Algonguin town hall. Of course you have to complete the task before the auction begins.

Drive Wilhelm to the town hall again. You have to make it before the auction starts. Your mission is completed when the investor reaches his destination on time.

This task is practically finished when you show up on the spot. Your friend went bankrupt and at the moment he's trying to commit suicide. Huang finds the keys to his penthouse and comes into possession of another hideout.

Reward: an estate in Meadow Hills.