This page of our guide is dedicated to Kirk Langstrom - the first story mission of Gotham Knights. Here you can view the walkthrough for the quest, learn how to search for clues and how to use them to complete puzzles.

The gameplay starts with choosing a difficulty level - one of four possible ones. It influences the difficulty of opponents, but not obtained rewards or possible ways of completing the tasks. You can change the difficulty level at any time in the game options . After the cut-scene concludes, time to choose a hero with whom you'll complete the first task. Don't worry, your choice isn't permanent - you can change the hero at any time outside of missions. 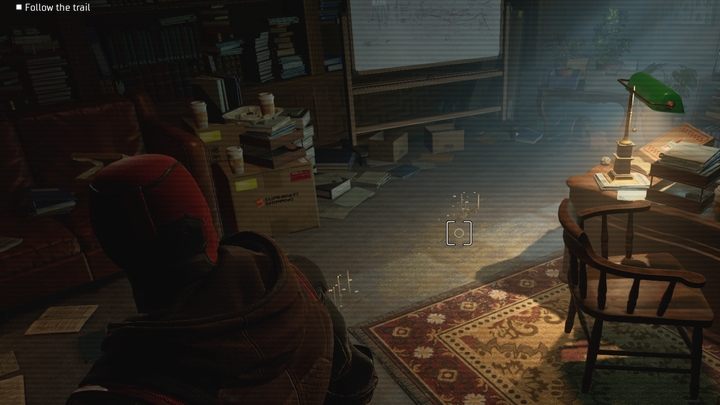 Your first task is to travel to the university and find the professor's room (the second one on the left). Activate Augmented Reality (AR) [X/ d-pad down] and scan the traces on the floor to see a trail. 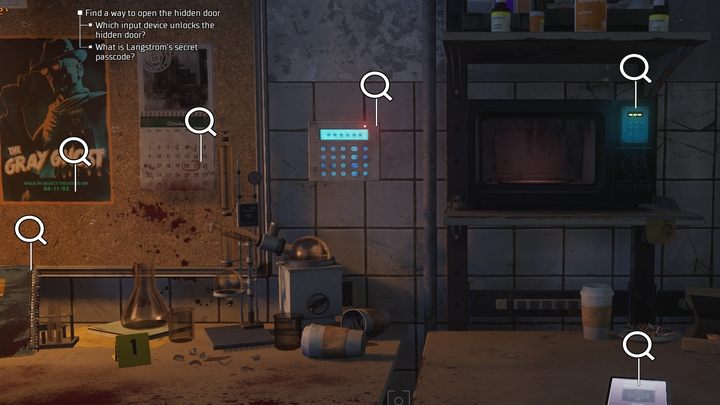 Once you enter the laboratory and investigate the hidden mechanism in AR, you'll begin the first puzzle which takes a form of a mini-game. Investigate the clues and combine the facts. The puzzle is rather easy - you can input passwords of a certain length, specified in the descriptions of devices on the right, and get clues from objects on the left, but only one device opens the hidden door. Combine notebook with microwave oven by marking them and clicking on Solve. 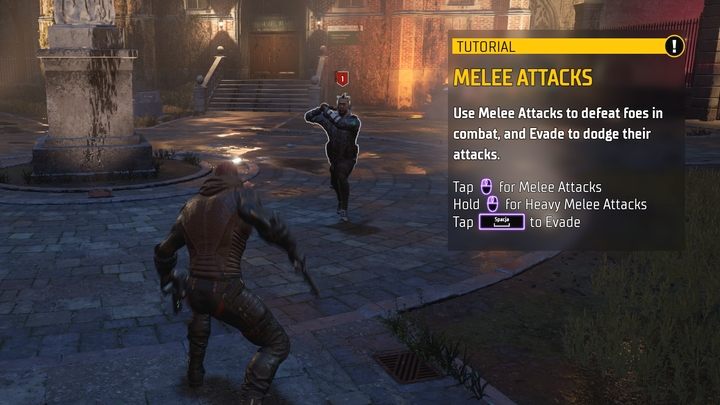 After taking the hard drive, leave the building - you'll take part in combat for the first time. The basics are the same for each of the available heroes - the differences lie in their available equipment and gadgets. You can sneak behind the opponents and takedown those that cannot see you (black icon above enemy head) and there are two ways of proceeding - either a lethal execution or incapacitation - both cases are rewarded with the same amount of XP. However, if you choose lethal takedown, you may attract the attention of nearby opponents. 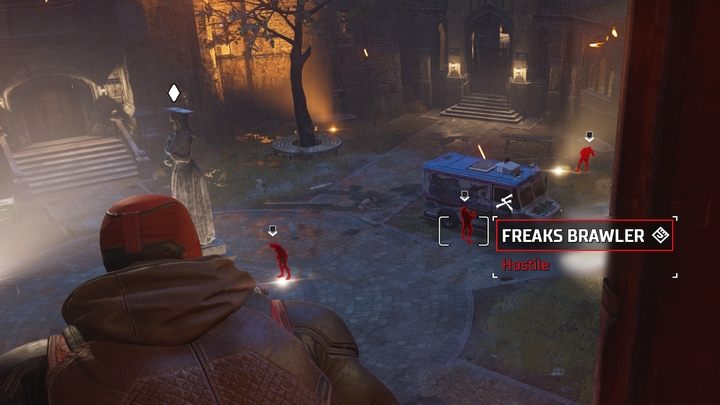 During combat, you can activate Augmented Reality to receive information regarding faced opponents. This will help you choose the best strategy and the order of eliminating opponents. Moreover, you'll learn if there is a more powerful opponent among the standard ones. 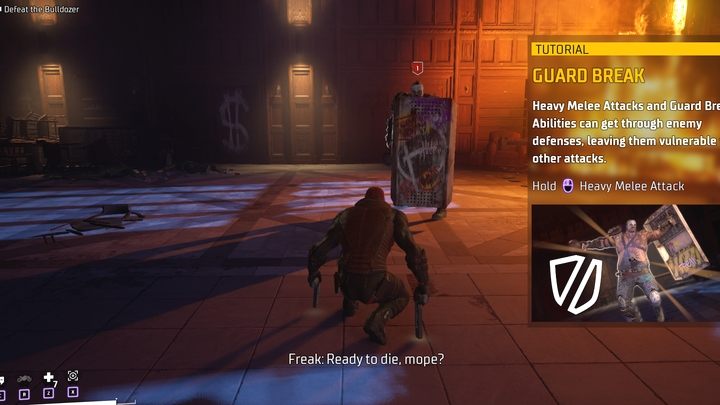 Your first boss encounter takes place after freeing the hostages. Remember that you can use medkits during combat, and you have as many as seven of them at the beginning of the battle (the number of available medkits is shown in the lower left corner). To defeat armored opponents, you need to get them from behind or break their defense with heavy attacks which are performed by holding the attack button. It is a good idea to attack immediately after getting behind the opponent.