God of War - Tips for start

This chapter contains information about the controls, the basics of the character progression for both Kratos and Atreus as well as the description of the dwarves' shop - here, you can also read about the general tips that will help you at the beginning of your adventure with God of War.

Please note that during reading you can find some minor and major spoilers. We've tried to write the best possible God of War Game Guide in the world, so some spoilers are unavoidable. We hope that this guide will help you discover all the secrets of the game and enjoy it as much as we did during creation of this walkthrough.

In this section of your guide you can find answers to various questions regarding God of War, e.g. how to get the best gear in the game, when you can get access to a new weapon, how to reach certain secrets, how to complete God of War in 100%, how to collect a lot of Hacksilver and experience - and many, many more:

This chapter of our guide contains a very extensive and richly illustrated walkthrough for God of War's main storyline. You have to complete 17 complex missions during which you will visit different realms: Midgard, Alfheim, Helheim, Jotunheim. Below you can find the list of all maim quests available in the game:

God of War - Secrets and collectibles

This chapter is dedicated to the secrets available in God of War. Here, you can find a richly illustrated guide that contains descriptions of all realms and locations of all the secrets: Odin's Ravens, Artefacts, Lore Markers, Legendary Chests or Nornir Chests. Thanks to our guide you will be able to complete each location in 100%.

God of War - Shores of Nine

This chapter is the continuation of the previous one. To make navigation easier, we have created chapters that describe secrets which are divided into regions located near the center of God of War's map.

Labours are special challenges available in God of War. They are side missions that can require you to, e.g. defeat a certain number of enemies. This chapter contains descriptions of all Labours - the most important ones have separate chapters dedicated to them. Thanks to this walkthrough you will be able to quickly reach hidden chambers, discover all Jotnar shrines and save three hidden dragons.

Side quests and challenges in God of War

Besides the quests described above, you will be able to find even more challenges. The following chapters contain information on how to reach the hidden bosses in God of War, you can read descriptions of all the Labours, learn how to find all treasure maps, discover secrets of the two hidden realms - Niflheim and Muspelheim and read the walkthrough that will help you find and defeat all Valkyries.

In addition to the guide, we have prepared almost 100 films with tips and secrets localization. In our video guides you can find exact location of Nornir Chests and hidden chambers as well as many puzzles and riddles solution. Of course we've remembered about valkyries, trolls and other boss fights. We've also shown you all craftable armours, pommels and talismans. All videos you can find on Guides Gamepressure YouTube channel.

God of War in a nutshell

Her you can find a few most important information about God of War.

Another day and another patch for God of War (PS4) released by Sony Santa Monica. This patch is numbered 1.15 and, just like the previous patches, it introduces smaller fixes. The official bugs, as stated by Sony, that have been fixed with this update are "Added UI fix" and "God of War version 1.15 added stability and performance improvements". In other words, the update 1.15 fixes errors related to the user interface and improves the game's stability and its overall performance. Sony continuous supporting its game by releasing new patches every day that improve the performance of the already good game. To download patch 1.15 simply turn on your PS4 and have it connected to the Internet.

On 25th April Sony Santa Monica released the God of War patch labeled with number 1.14. Similarly to the previous game updates, the only annotation describing the patch content is the following statement: "various bug fixes and improvements". In other words, bugs have been fixed and improvements have been implemented. However, there aren't any patch notes or changelogs available. It is worth noting that besides the small 1.14 update, there is a big patch in the works that will introduce a new Photo option, where Kratos has the ability to do a selfie (with a smile!).*

The newest installment in the God of War series is a wonderful, refined and successful game, but every rose has its thorns. A new patch, signed with number 1.13, was issued today, on 24th of April. This is the third update since the game's release and it's clear that Sony developers are working really hard on their new product. What are the contents of patch 1.13? Santa Monica didn't make any list available, but instead the studio has reported that the patch corrected some bugs and introduced a few invisible improvements. Let's recall that the previous update - patch 1.12, introduced improvements in font size. The font was too small to successfully read it on TV and update 1.12 fixed this issue.

How long is God of War?

The length of God of War depends on your style of play. God of War on PS4 is much longer than the previous versions of the series. This time, in order to complete the main plot itself, it is necessary to devote about 20-25 hours of gameplay. You will also visit several worlds: Midgard, Alfheim, Helheim and Jotunheim. However, the developers have tried to place a lot of additional content in the game - except the main plot, you can fight against hidden Valkyries, search for Odin's Ravens, explore numerous islands in the area of Shore of Nine. Thanks to this, the overall game time is significantly increased - in order to complete the game in 100%, you have to spend at least around 50-60 hours.

About God of War Guide 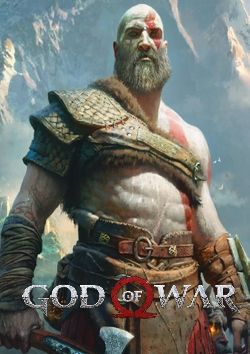 Another major entry in the famous hack-and-slash action game series that is one of the most important franchises available exclusively on subsequent generations of the PlayStation consoles. In previous parts of the God of War series, we have been following a story of Spartan warrior named Kratos, and the gameplay concentrated mainly on spectacular and incredibly bloody action and eye-catching fighting system. The new God of War, developed by one of the Sony Computer Entertainment's subsidiaries, is a reboot of the series and the first installment created with PlayStation 4 in mind, resulting in a completely new, intriguing storyline as well as improved graphics and sound that make full use of the power of eighth generation consoles.

God of War for PlayStation 4 is the fifth full-fledged entry in the legendary series of slasher games. It is the first installment developed exclusively for the eighth generation console. The title was developed by the creators of the previous games in the series, Santa Monica Studios  the first-party studio of Sony Interactive Entertainment. The God of War series is focused on spectacular, blood-filled action and impressive system of battles against powerful bosses. The protagonist, a Greek warrior named Kratos, quickly became one of the icons of video games.

Kratos is once again the main protagonist of God of War for PlayStation 4. After wraith and madness-filled adventures in Greece that ended with the destruction of Olymp and death of many of Greece gods and heroes, the protagonist escapes to the far North where he looks for peace. There he finds a new love and starts a family. When his wife suddenly dies, he remains alone with a young son named Atreus.

Sadly, the two cant live in peace. The Nordic gods are fully aware of Kratos role in the fall of Olympus and they fear him. The protagonists are forced to start a journey filled with bodies of demonic and fantasy beasts. During the journey, Kratos must face the consequences of his old actions and the anger that is still buried in his heart. What makes things more complicated is the fact that Atreus gradually discovers his fathers past and his loyalty towards him diminishes.

God of War introduces previously unseen gameplay mechanics and it slightly changes them and the speed of the game. This can be seen in the change of cameras position  now it is constantly following the back of the protagonist like in modern action-adventure games. The narration style and tone of the story has been changed as well. Kratos abandons his favorite weapon  double blades with chains  and instead, he uses an axe that returns to him whenever he throws it. The weapon can be upgraded with magic runes. They enable the player to increase damage from elements like ice or fire to which some enemies are vulnerable.

The developers of God of War for PlayStation 4 took advantage of the power of the console in order to provide spectacular action and the level of graphics that was inaccessible for the previous entries in the series. The game features additional visual attractions and graphics options for owners of PlayStation 4 Pro. Once again the players can experience inventive ideas and impressive cutscenes and multi-leveled boss battles. The soundtrack was composed by Bear McCreary, an American composer who created music for awarded TV series like Battlestar Galactica, Eureka, Marvels Agents of S.H.I.E.L.D, The Walking Dead and Outlander.

More About God of War

We All Yearn Fresh and Innovative Games  Except We Don't

I can't believe some people out there, in the depths of Internet. They start a game with ranting about lack of innovation in games, and end it with a game of the most formulaic multiplayers. But when they actually get innovation, they frown.

It's Valentine's Day. Shops are full of chocolate hearts, teddy bears, and flowers. Anyway, what plans do you have for tonight? Playing video games...? Wait. Oh, no! Today is the time for a date!

Uncharted 5, GTA 6 and Other Games We Want to Play on PS5

PlayStation 5 will be released in 2020, but we want to have a flight of fancy about the titles we'd like to play on the upcoming console. Here's our list of potential hits for Sony's machine.

Stories are not dead  do we really want battle royale or single player campaigns?

The publishers are trying to convince us that the future of video games is immortalizing them as online services. In the meantime, closed, linear, singleplayer stories have been thriving. As always, should I add?

God of War Guide is also available in our Mobile App