On this page of our God of War Ragnarok guide, we explain the Hel to Pay Favour. We show in which regions you will find Hel Tears and how to close them.

The Hel to Pay Favour is unlocked once the 12th story mission (Reunion) is completed. After closing the rift in Helheim and in Sindri's house, there is a matter of the 4 remaining rifts located in different regions.

To start the process, interact with the tear. Enemies will start appearing from it, and you need to defeat incoming opponents until your companion manages to close the tear. Remember that your companion will be occupied with the rift and cannot help you in combat. 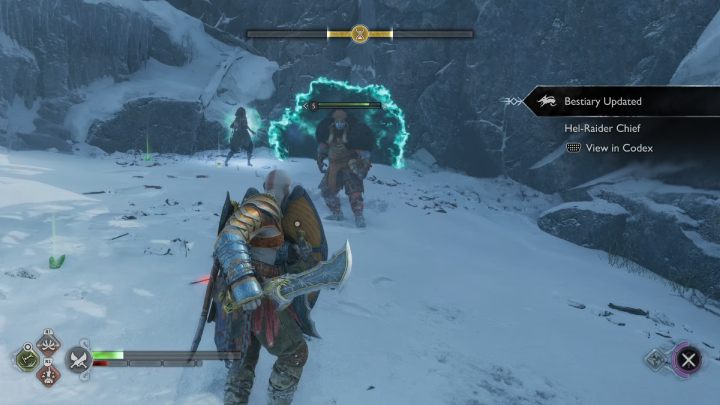 The remaining 4 Tears are found in:

The defeated enemies will leave valuable components behind, such as Frozen Spark, which is used to upgrade the Axe. The task concludes once you deal with the Tears.