From this page, you will learn how to complete Secret of the Sands favor in Alfheim in GoW Ragnarok. We explain how to remove the sandstorm in the Barrens region and how to free Hafgufa in the Below.

The Secret of the Sands favor will part unlock after completing the 4th main mission Groa's Secret, when you gain access to the Canyons region in Alfheim. 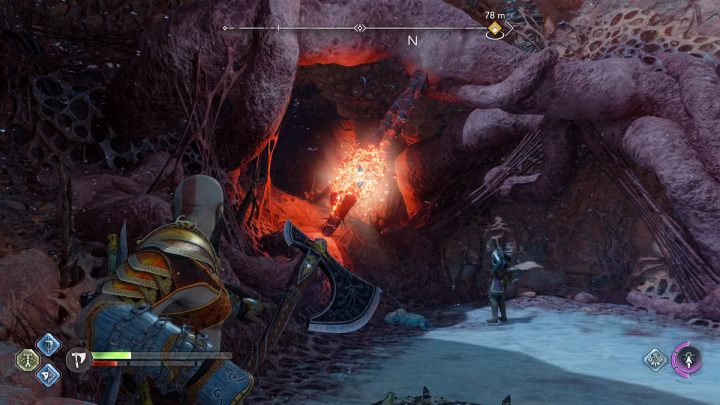 The upper part of the Canyons will be blocked, you must remove all the red connections in one go by throwing the axe at the right angle.

When you climb the wall, you will find a new Mystic Gateway and a dwarven shop. After talking to Sindri, the task will begin. Alternatively, you can simply go from the Canyons to the Barrens, and after a short conversation with Mimir, the favor will be started.

Once you have done the favor, a sandstorm will be removed from the Barrens region, allowing you to explore the area freely.

Find a way to reach the pained creature

Once you enter the Barrens, a favor marker will show up on the map. Find the right cave - there is a torch next to its entrance. 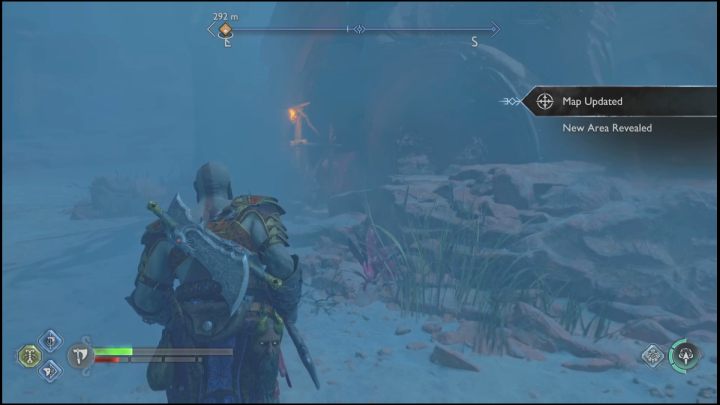 The entrance to the cave leads to the Below, a region located below the Barrens. Climb down the wall and follow the path.

Throw the axe at the red connection blocking the path and move on. You will be attacked by a Dark Elf. 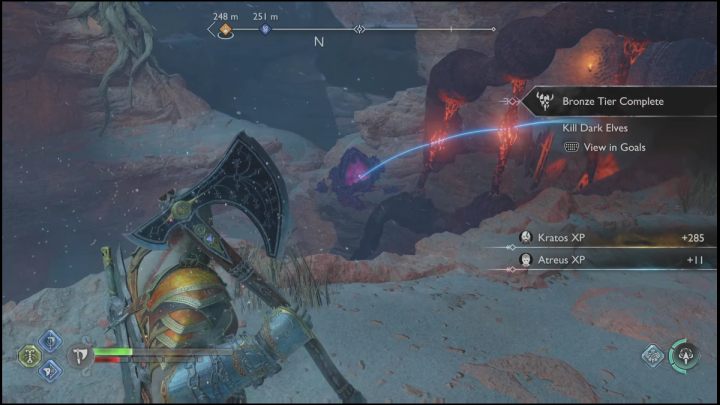 Aim the axe at the crystal to pierce all 3 red connections at the same time. In the next part of the cave, you will face a group of elves. Use the crystals hanging on the walls to fight enemies. 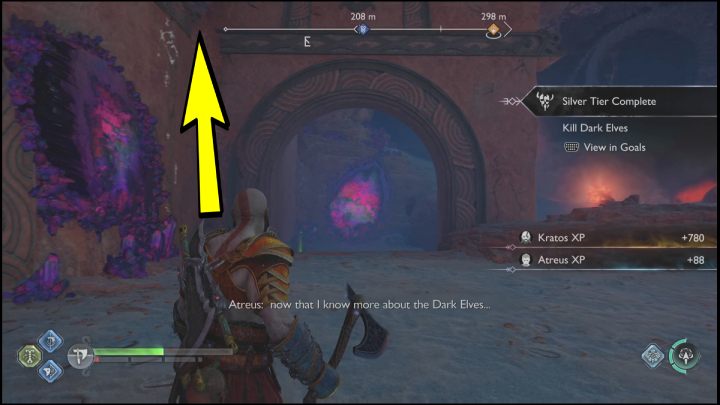 After the fight is over, climb the wall to the top. Walk along the designated path and slide down the chain to the bottom. 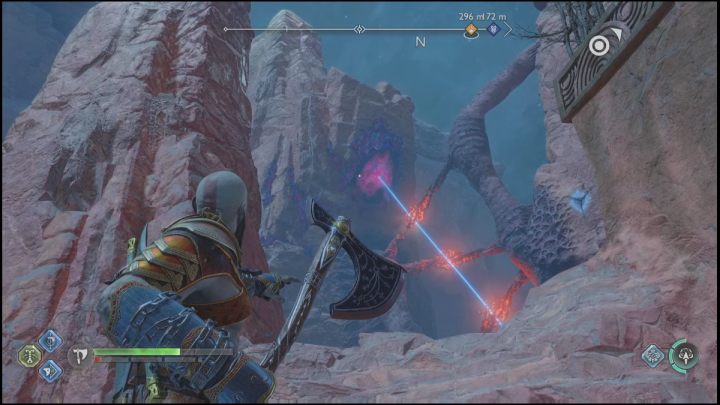 Jump on the blue handle and jump to the nearby rock. Jump down and turn towards the red connections. Throw the axe at the crystal at the right angle to remove the blockade. Then jump to the newly discovered area.

When you jump down to the room with the Nornir Chest rune in the window, you will be able to open the door on the right. 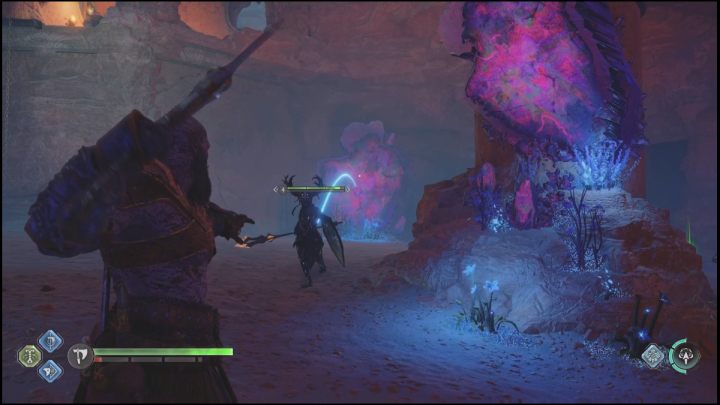 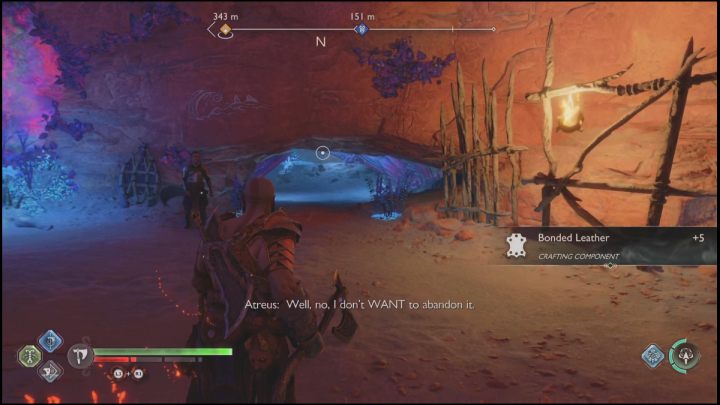 Slide down the chain to the crystal room, where a Dark Elf Lord will be waiting for you. Use crystals to deflect the axe toward the main opponent. When the deflected axe hits the Elf Lord, the enemy will be stunned. Then run up to the opponent and attack a few times.

After winning the battle, go through the narrow passage to the next part of the cave. 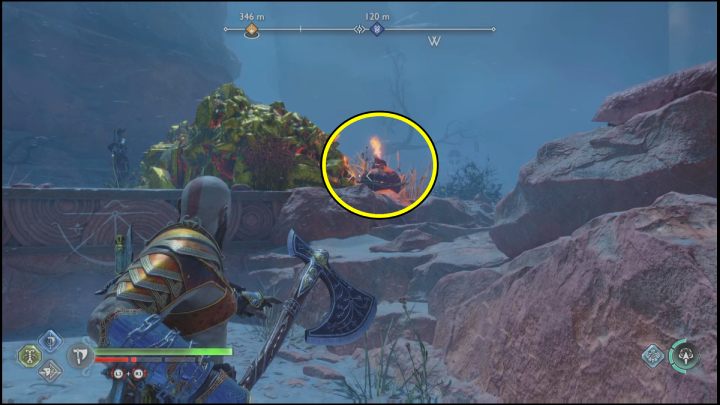 Destroy the red vessel standing behind the debris, the explosion will remove the blockade. Follow the path to the rest of the region. 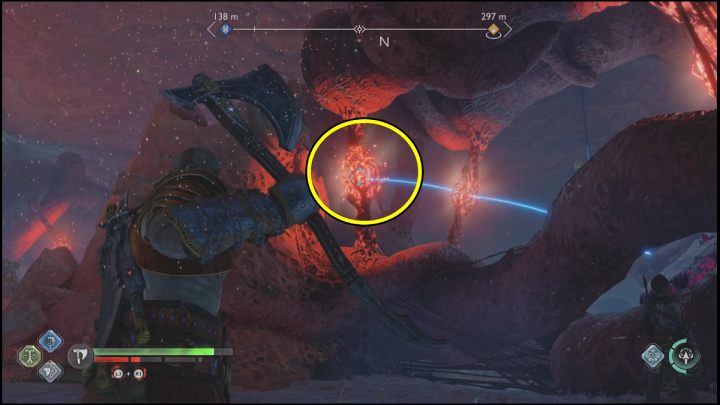 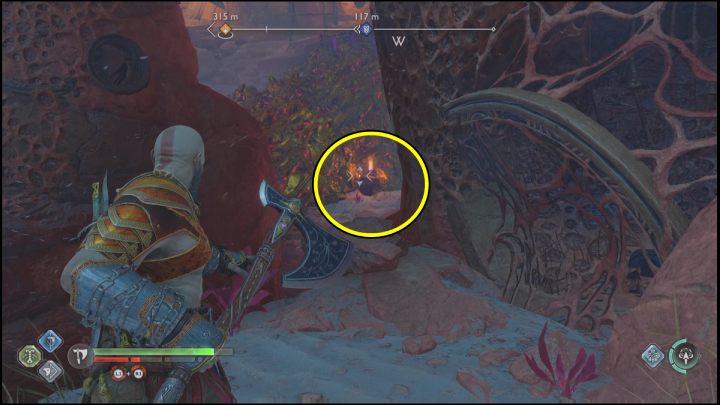 Throw the axe at the crystal behind one of the red connections. This will remove the first blockade. Then jump to the nearby rock and destroy the red vessel to remove the debris. 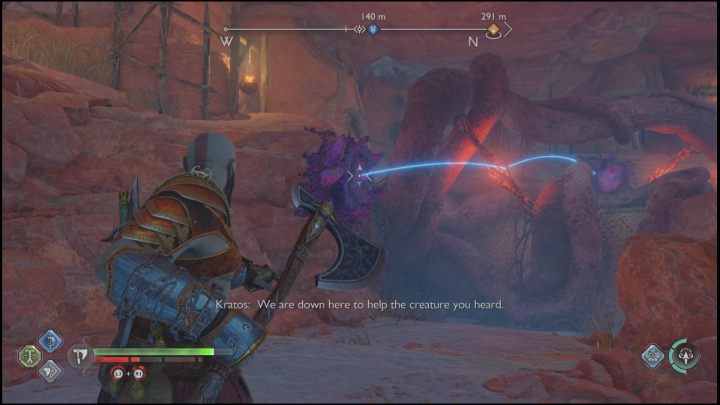 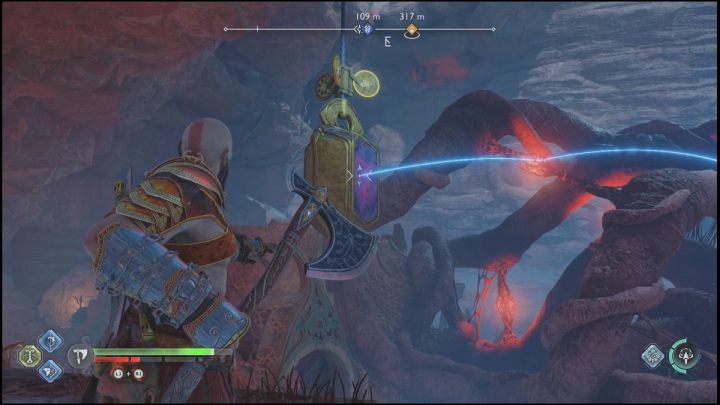 Jump back and approach the place where the blockade was a moment ago. Throw the axe at the crystal on the left to remove more red connections.

Jump up, turn the crystal to the right and throw the axe at it, so that it hits the crystal next to the red connections and removes the last blockade. Jump down and follow the path to the next underground cave. Destroy the nest of monsters and climb the wall to the room with Hafgufa.

Once you reach the creature, you have to remove all the bindings to free it. To do this, you must break 2 sets of red connections. 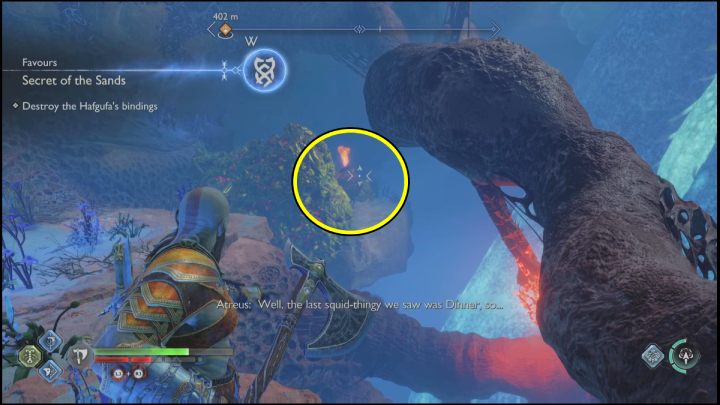 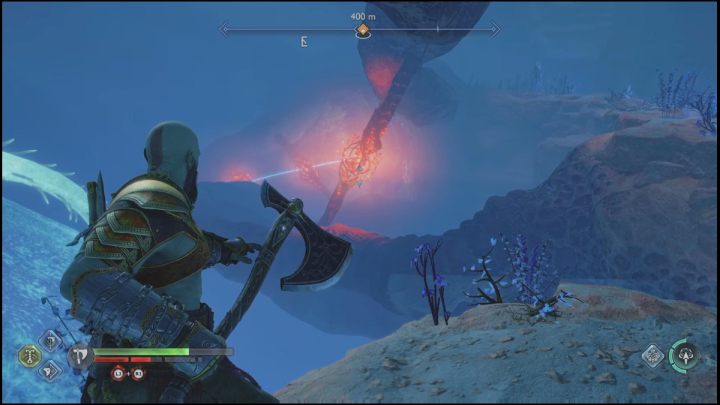 Remove the debris by destroying the red vessel standing next to it. Jump over to the newly discovered area and turn right. Aim the axe at the red connection that obscures the crystal. 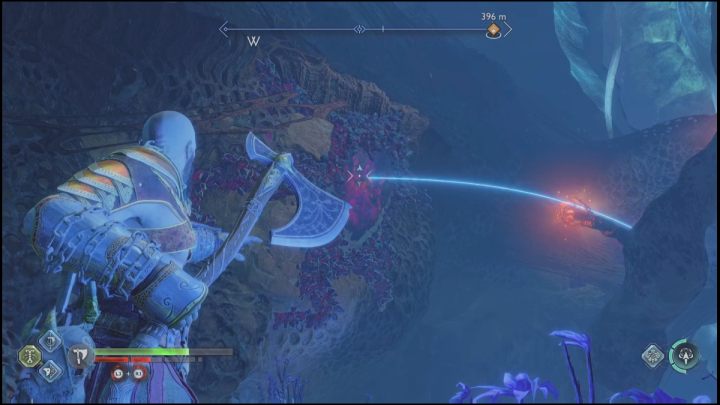 Finally, jump to the previous rock and aim the axe at the crystal on the wall. Remove the last red connections and follow the new path leading to the cave exit.

Open the hive cage on the surface

Climb the wall and break through the weak point to the upper part of the room. There you will find a legendary chest. 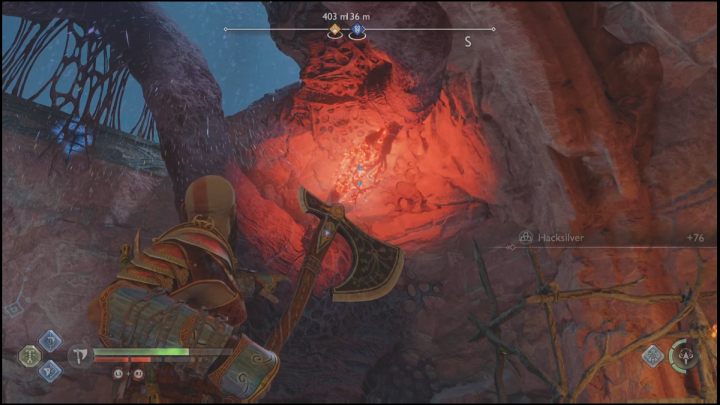 There is one red connection above the chest. Break them by throwing the axe at them and go outside. 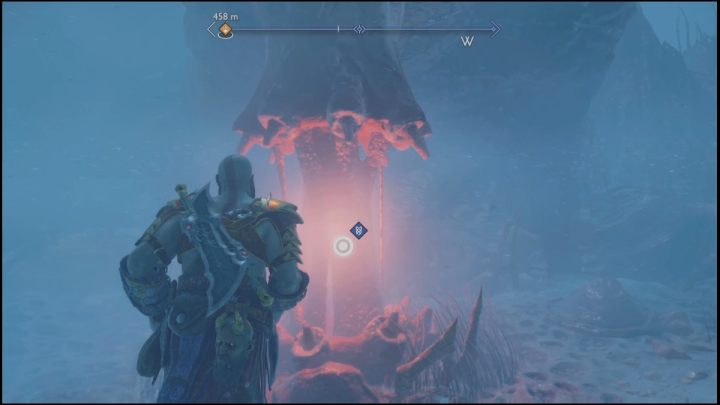 When you are back in the Barrens, drive up to the new mission marker. Follow the directions on the screen and free the creature.