Nocturnal Predator is the title of a Favour (side quest) from God of War Ragnarok. Our walkthrough shows how to unlock this Favour (this happens in The Plains region of Vanaheim), how to capture Wisps, how to make Flame Phantom appear, and how to defeat him. 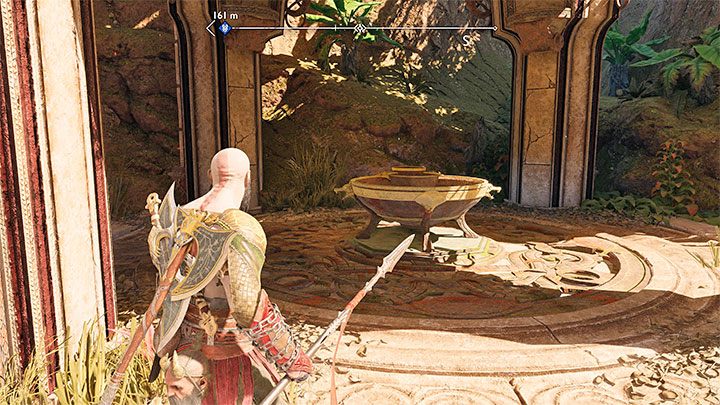 This task can only be completed during the night. You can change the time of the day by visiting Celestial Altars - there is one in The Plains region. 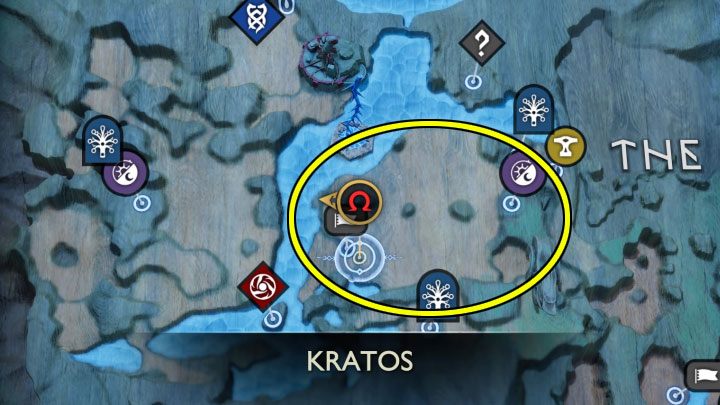 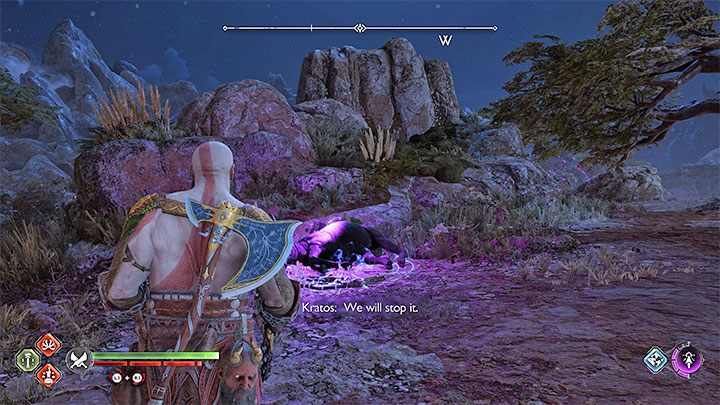 To begin, start exploring the central area of The Plains - we've marked this area in screenshot 1. You'll encounter violet-hued animals which have fallen prey to wisps. 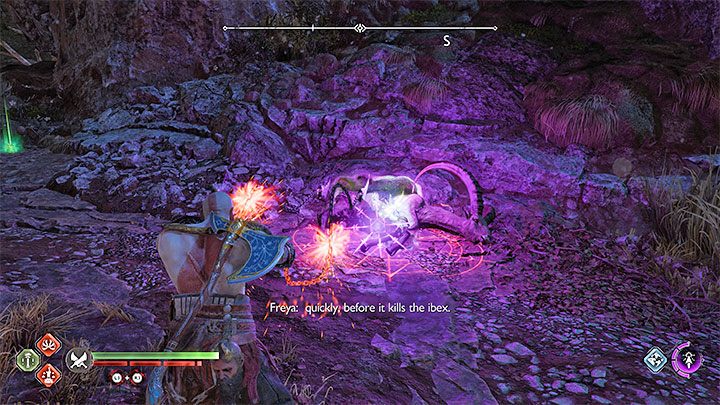 At each violet animal, you must attack using the Blades of Chaos (R2). This will allow you to capture the wisp. Repeat this step two more times.

Return to the Sigil plate 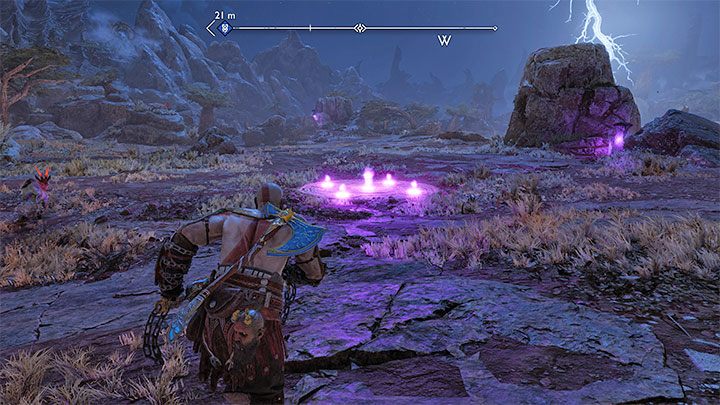 The Sigil Plate is in the central part of the region - we've shown it in the screenshot. 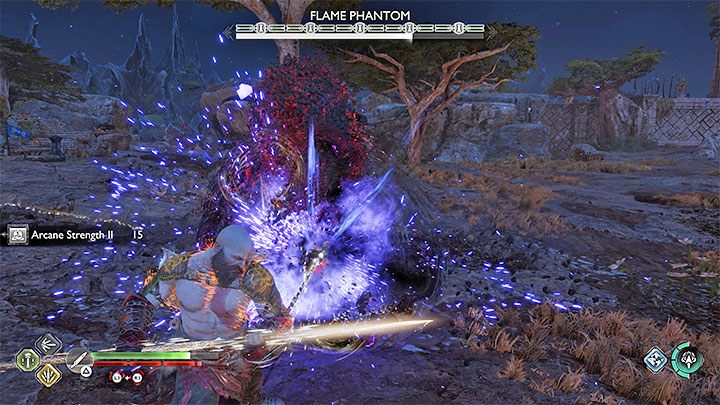 Activating it will make a boss - Flame Phantom - appear. Similarly to battles against other Phantoms, the fight is divided into 2 phases which come into play alternately.

During the first phase, focus on attacking the boss. You won't do any damage this way, but a white bar in the upper part of the screen will fill up. 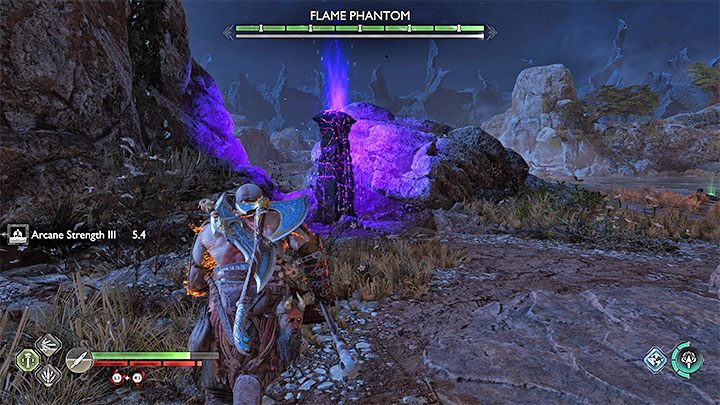 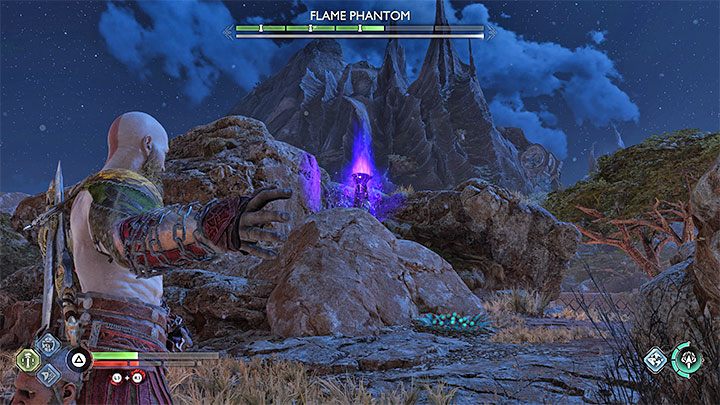 The second phase involves attacking runic springs in the vicinity - there are 5 of them to find in the arena. 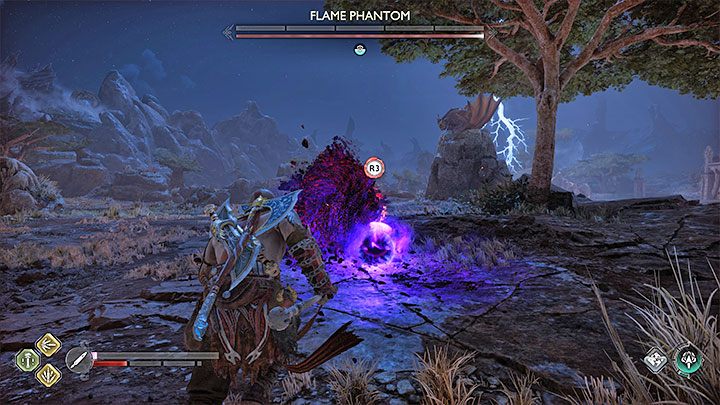 Return to attacking the phantom once the springs become invulnerable again. To win, you need to destroy all 5 springs, approach the boss, and execute him by pressing R3.

Defeating the Phantom concludes this Favour.