On this page of our God of War Ragnarok guide, you can find a walkthrough for the What Lies Below Favour. Our guide shows how to unlock this quest (this happens in The Jungle region of Vanaheim) and how to successfully travel from the dam to the Dreki hideout. 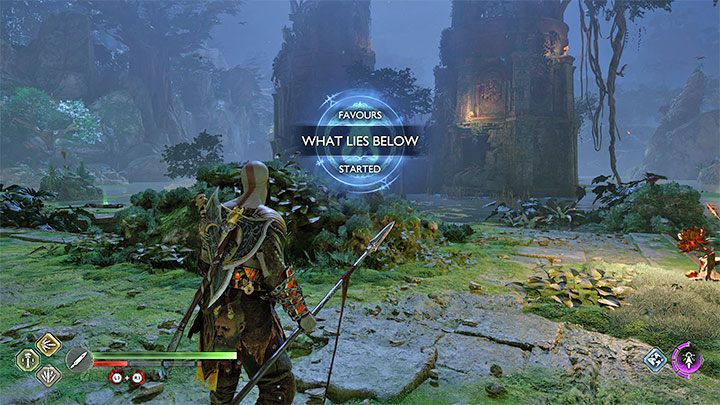 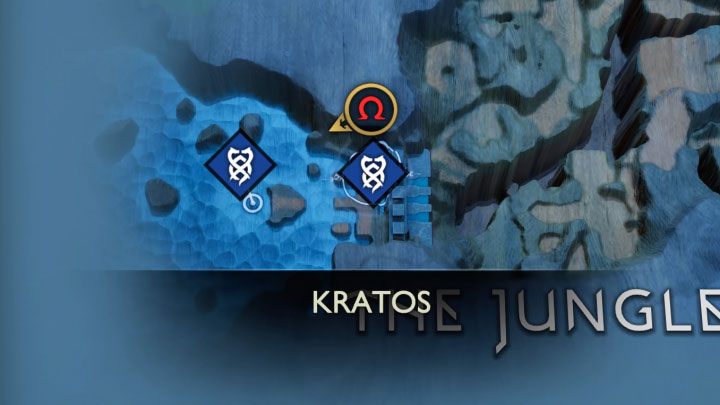 This Favour is linked to Return of the River Favour, which we described in detail on a dedicated page of the guide.

To begin, you need to reach the dam in The Jungle and, after blowing a portion of the wall, find yourself on its other side. The quest involving Dreki monsters in the vicnity will start automatically.

Find a way to the dreki 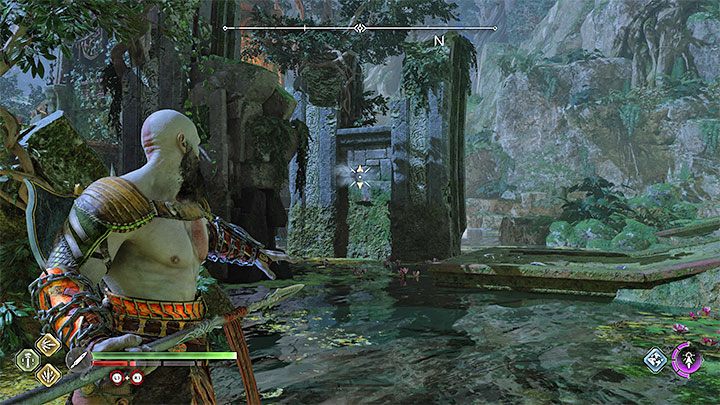 First you need to complete Return of the River favour, as during its course, the dam becomes open. This will affect the water levels in the region.

Your new destination is found west from the starting location of the quest. The next step requires you to position yourself right and throw the Spear at the hole (screenshot). You can now use the Spear as a climbing rod. Make your way to the distant ledge and jump down to the arena. 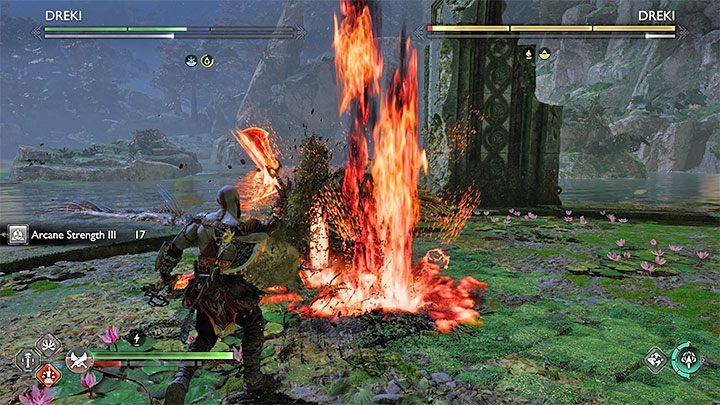 This small arena will be a background to a fight against a pair of Dreki monsters - a variation of minibosses encountered in previous regions. The key to success here is to fight the Dreki one by one. Focus your attention on a single opponent until you get rid of him. Moreover, pay attention to Mimir's tips about incoming attacks from the second creature, which may be outside of your field of view - perform dodges to not get hit.

Use runic attacks and Spartan Rage, and once the enemy is stunned, press R3 to execute him. Defeating both Dreki will conclude this Favour.

To get more tips on fighting Dreki monsters, visit the Bosses chapter of our guide.