One of the favors in the Sinkholes region of Vanaheim in God of War Ragnarok is the Quaking Hollow. Our guide includes a walkthrough with information on how to get to the source of the tremors in the Sinkholes and how to defeat the mini-boss Crag Jaw. 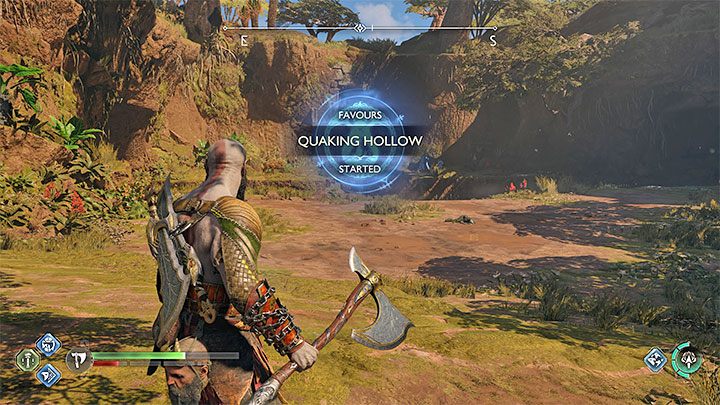 You will automatically unlock the favor shortly after reaching the Sinkholes - this is one of the Crater's regions in the northern part of Vanaheim.

The heroes will experience strong tremors in the Sinkholes - the quest is about finding the huge beast that is responsible for them.

Find the source of the tremors 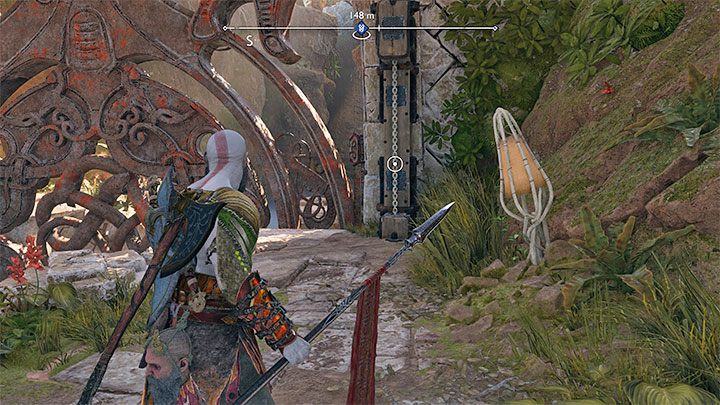 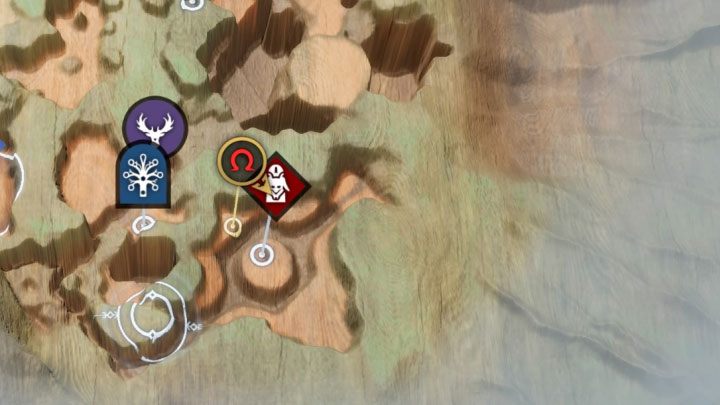 The destination marker will appear to the west of the quest's starting point, but you will have to take a roundabout path through the southern part of the Sinkholes.

Head southeast. You will reach the currently inaccessible ruins associated with The Burning Skies favor and a Berserker Gravestone, but south of them you can grab a chain and unlock the passage. 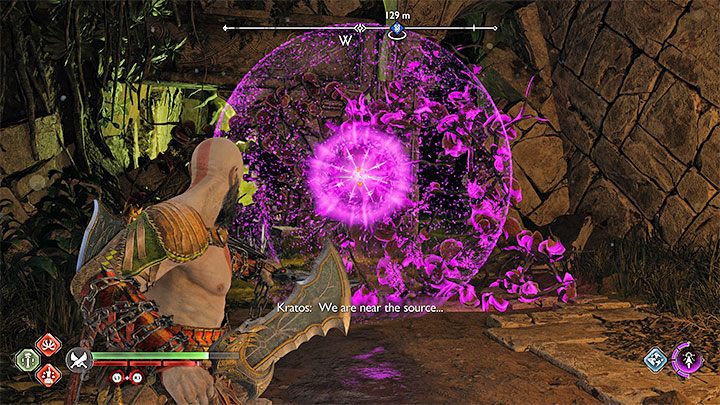 Enter the new ruins and order your companion to put a seal on the red vines - set them on fire with the Blades of Chaos. 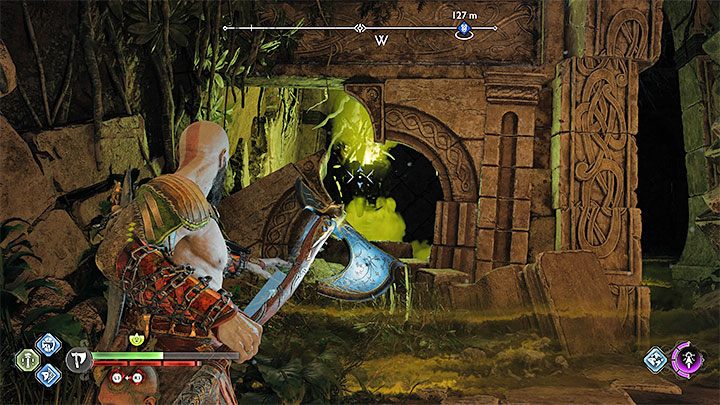 Another obstacle is a plant that emits poisonous fumes - throw the Leviathan at it. You will be able to go through the narrow passage. 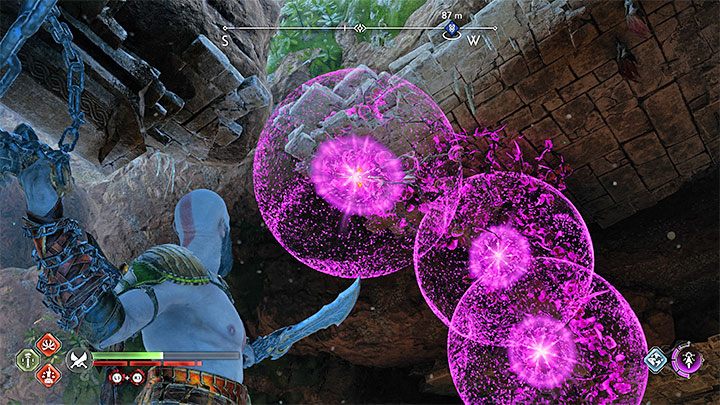 The next obstacle is the vines on the ceiling. You have to create several seals next to each other and use the Blades on the nearest seal to create a chain reaction. 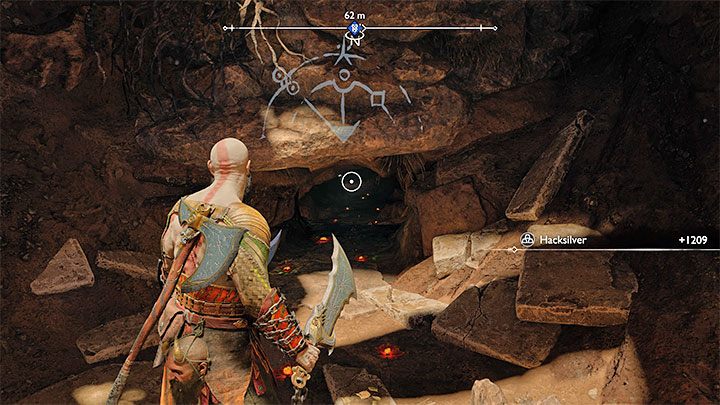 Reach the entrance to a small tunnel. It leads directly to the lair of the boss. 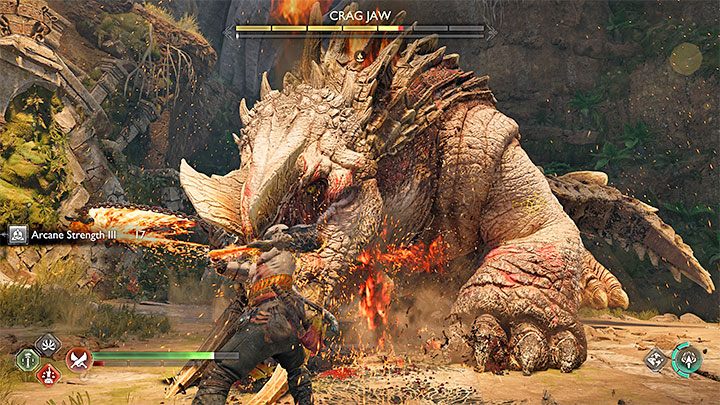 You have to defeat a mini-boss called Crag Jaw. Take advantage of the fact that this monster is quite slow and use various fast attacks. Avoid the monster's red attacks and dodge the yellow attacks to be safe. Remember about the Spartan Rage and your companion.

Defeating the beast will end the tremors and the favor. Collect loot discarded by Crag Jaw -among it you will find a useful spell for regenerating health.