On this page of our God of War Ragnarok guide, you can find a walkthrough for the battle against the berserker duo Bodvar the Fierce and Starolfr the Troublesome. Our guide will show you how to reach the berserker gravestone in Svartalfheim, what attacks the enemies have at their disposal, and in what order to eliminate the bosses.

The Bodvar and Starolfr encounter arena 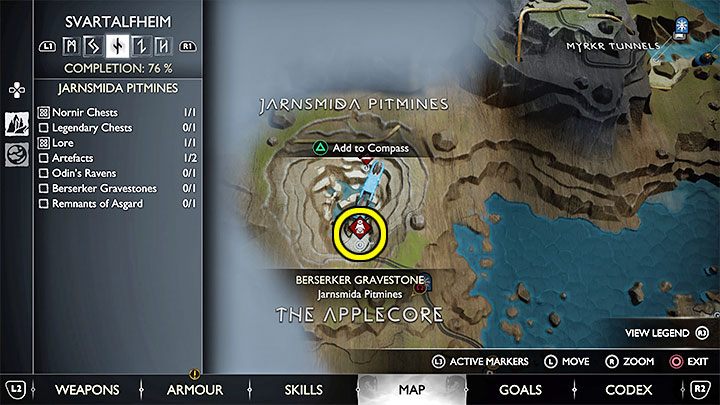 This berserker gravestone is in the Jarnsmida Pitmines region of Svartalfheim. This region is visited in the early stages of the story, but you can't find and activate the gravestone then, as Kratos is busy with finding and saving Tyr. 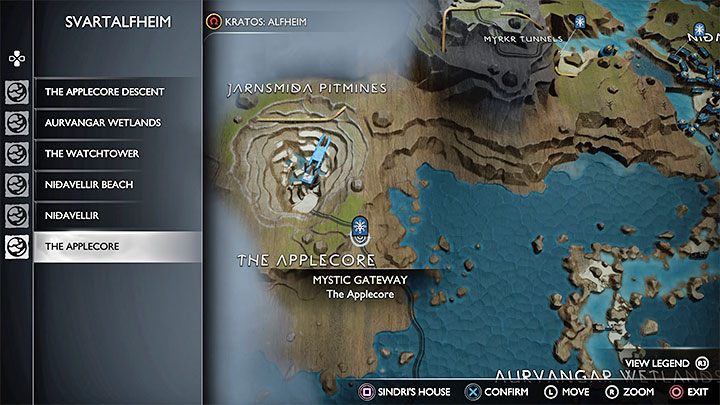 To have a chance at the berserkers, you need to revisit the mine in further stages of the gameplay. You can start the trek to the gravestone in southern Sverd Sands and go north from there. You'll pass through The Applecore again and you can make a detour to unlock the Mystic Gateway there (which will allow you to return more easily to this location later).

Walkthrough for the battle 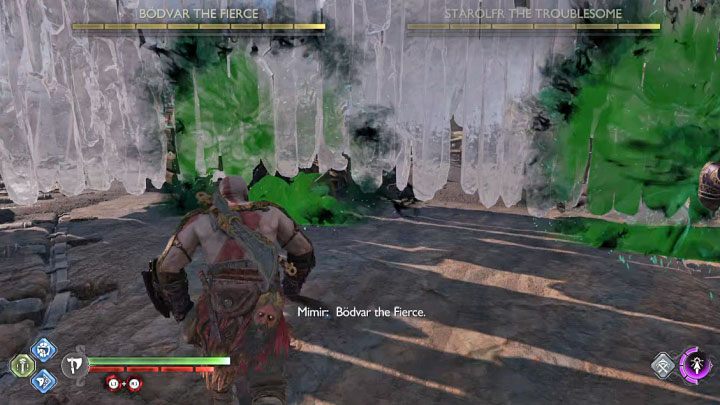 In this encounter, Kratos has to face two enemies at once - Bodvar the Fierce and Starolfr the Troublesome.

The key to victory here is paying attention to what the bosses do at all times. Follow the bosses with the camera more often and heed Mimir and Atreus/Freya's warnings about incoming attacks - perform "blind" dodges.

A useful tip here is to avoid standing in one place and slow attacks, as you're facing two enemies at the same time - if you allow a moment respite, you may be attacked by the second berserker from another side.

Make use of companion skills - the attacks of your ally may interrupt attacks, damage or distract the Berserkers. This will increase your chances of survival immensely. Try to avoid losing health in the initial stage of the encounter, as you're in for a long battle. 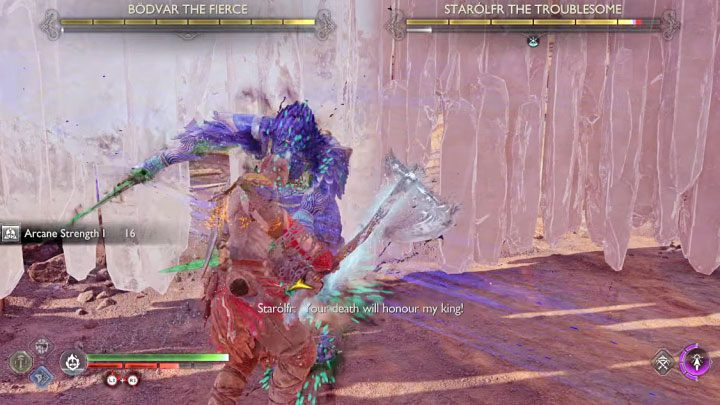 Starolfr is less durable than her ally, and we suggest attacking her first. Your goal should be to get one of the bosses defeated as quickly as possible in order to have only one opponent left in the arena. 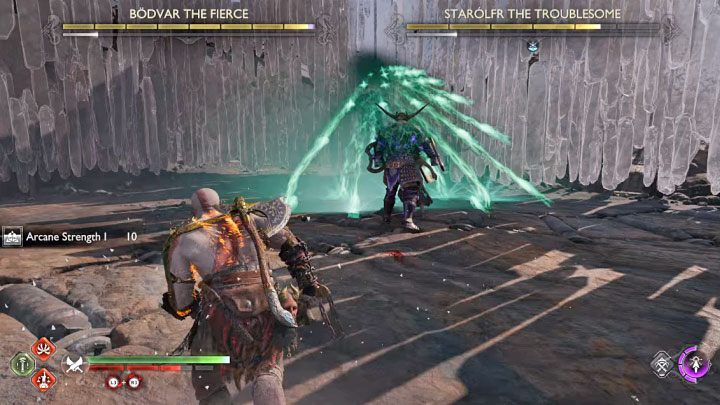 Among her moves, Starolfr can: 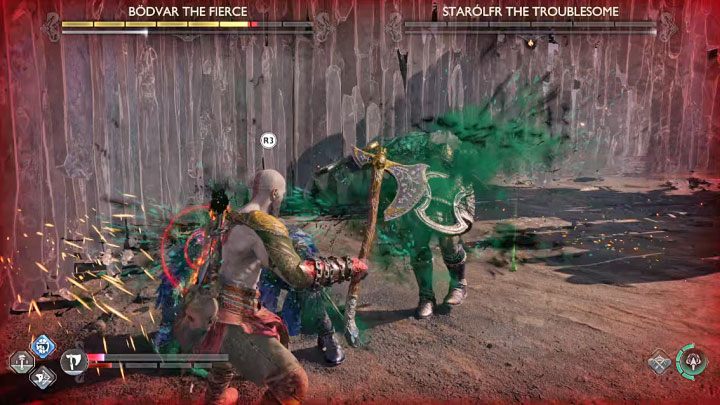 Hit Starolfr hard until you can execute her (R3) - this will be possible once all her health is depleted. This will eliminate her from the fight and you can focus on Bodvar. 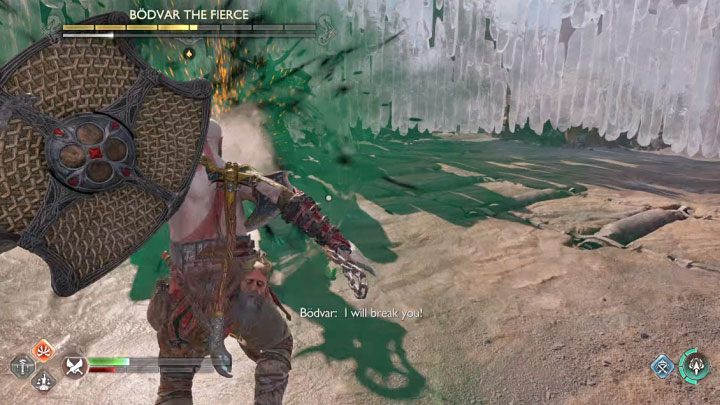 Remember to avoid Bodvar's attacks when damaging Starolfr. The most problematic of the lot is his yellow attack - an explosion. There are two ways of proceeding: 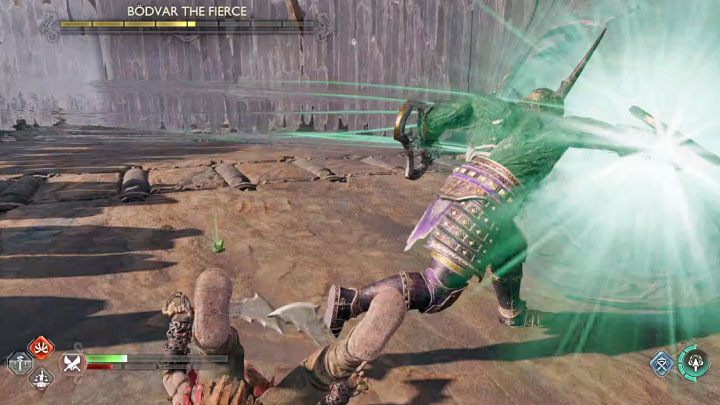 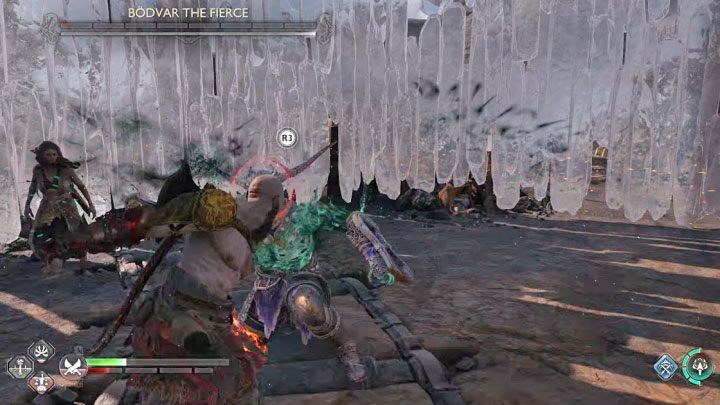 Look around the arena for healing items but pick them up only when it is safe.

Fight until Bodvar is deprived of all his health - you can execute him once that happens (R3) and end the encounter. Before you approach the sword fragment marked with the quest icon, collect all loot from the arena.