Here you will find a walkthrough of the favor Animal Instincts in God of War Ragnarok. We describe Oluf Nautson, Midgard, Kol Raider Camps.

The Animal Instincts favor is available from the 9th main quest - The Word of Fate. When you return to Midgard with Freya, you will be free to explore the entire realm. The favor will begin after clearing 1 out of the 4 camps of Kol Raiders.

When you kill all the enemies from one of the Kol Raiders' camps, the other ones will be marked on the Midgard map. 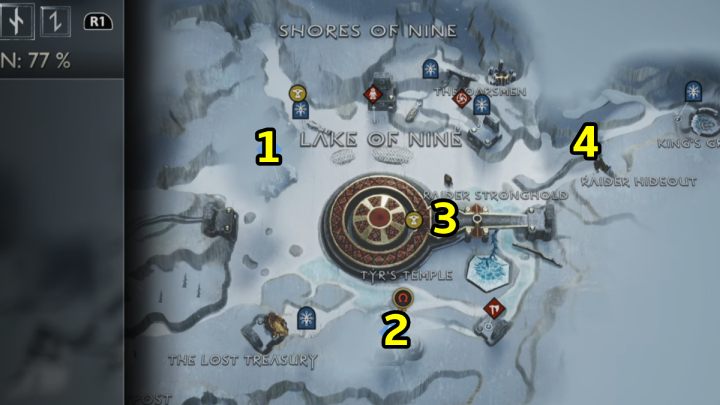 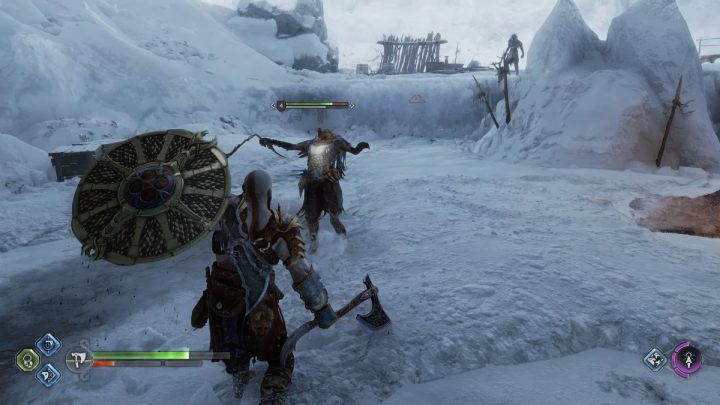 In each camp, you will find objects that you can use in battle. Throw boulders at opponents or look for a container with bombs. When you clear the camp of Raiders, a notification will pop up on the screen. Remember that some enemies that have ranged attacks can hide on higher ground.

When you clear the last Raiders' camp, their leader, Oluf Nautson, will appear. The boss will be equipped with a long, flaming weapon, but fighting him should not be much of a problem. He is quite a slow opponent, and his attacks are highly predictable. 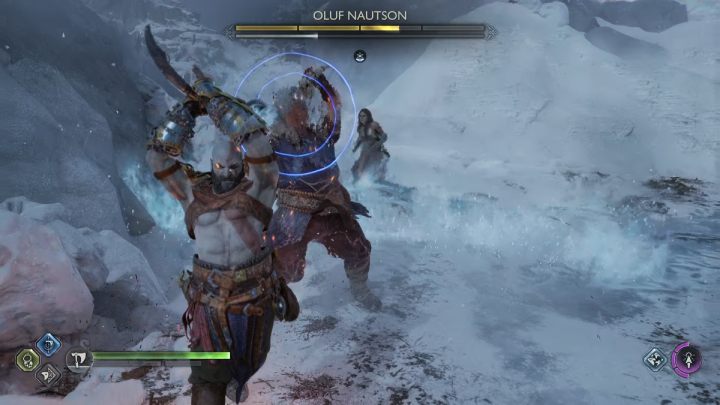 Use runic attacks and Spartan Rage to deal as much damage as possible. Stay close to the enemy to react quickly to the blue rings informing that the boss will try to drink a healing potion. Press L1 two times to do a shield bash with Kratos' shield and stun the boss for a moment.

After winning the battle, return to the wolves and finish the favor.