This page of the guide contains a description of the fight with the Berserker Soul of Hjalti the Stolid - one of the stronger optional bosses of God of War Ragnarok. You will learn how to unlock Hjalti's gravestone in Alfheim, the recommended tactics for defeating the Berserker, and how to deal with the boss's unique attacks. 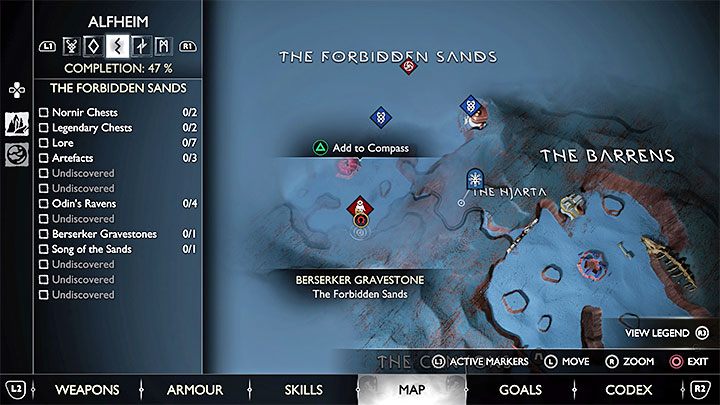 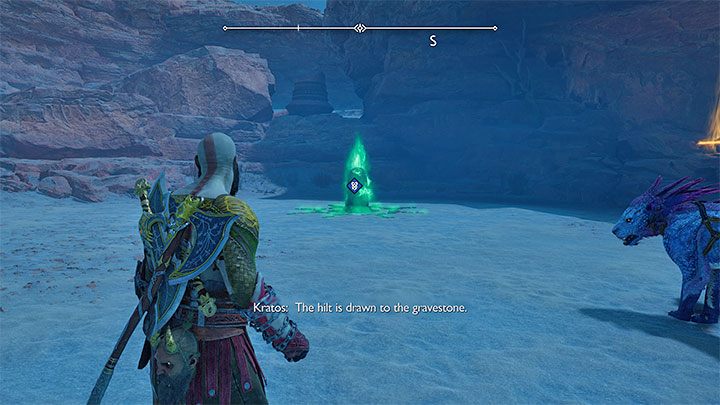 The Berserker Gravestone is in the Forbidden Sands region, but initially you cannot start the fight even if you approach the map marker.

You must complete the Song of the Sands favor in the same part of Alfheim. This will help remove sandstorms in the area. Now, when you reach the marker, you will notice the Berserker Gravestone. 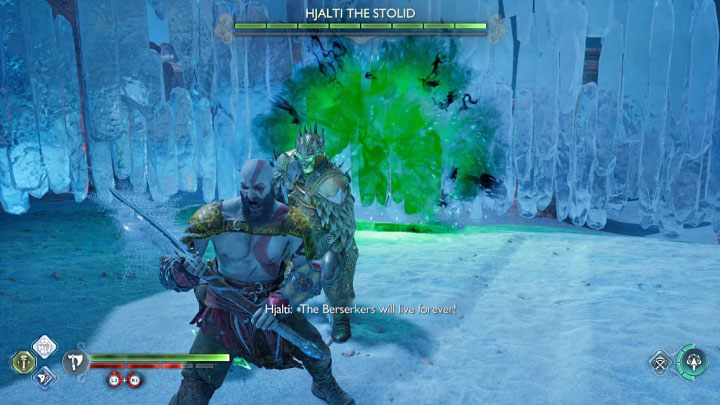 It is a good idea to attack Hjalti as soon as she appears in the arena, so he will already lose some health at the start. During the fight: 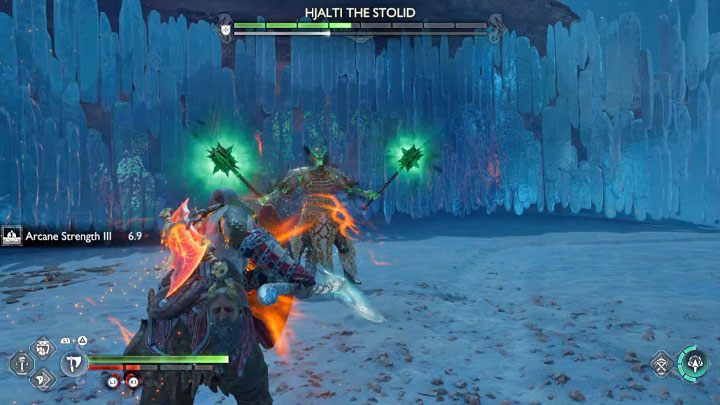 Hjalti during fights can try to charge - it is a blue skill and you should try to stop Hjalti by hitting the boss with the shield. Onslaught Shield can be very helpful here, allowing you to make a charge with a shield and quickly approach the Berserker.

We described how to obtain the Onslaught Shield on the All shields page of the Character progression chapter. 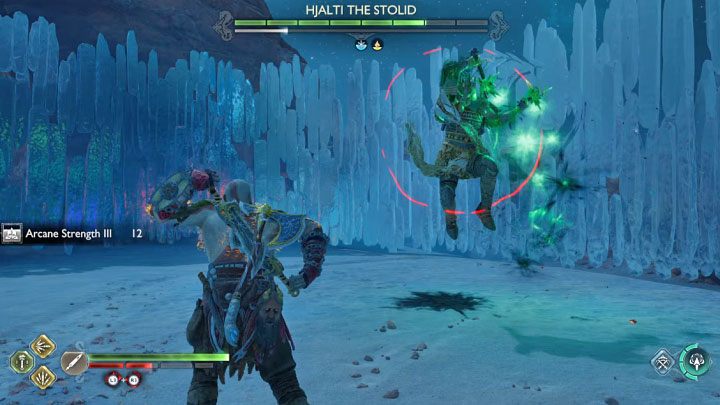 The boss's red attacks are dangerous: 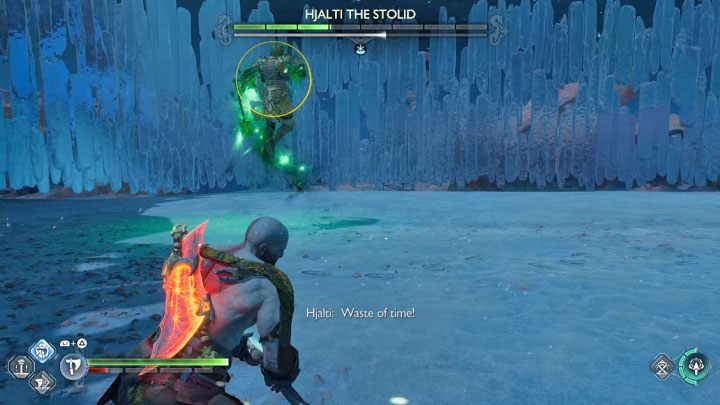 Hjalti also uses a yellow spinning attack you can recognize from other Berserker fights. You need to practice dodges or parrying at the last moment (risky), i.e. just before the boss hits Kratos. Dodging or parrying too early will cause you to receive damage. 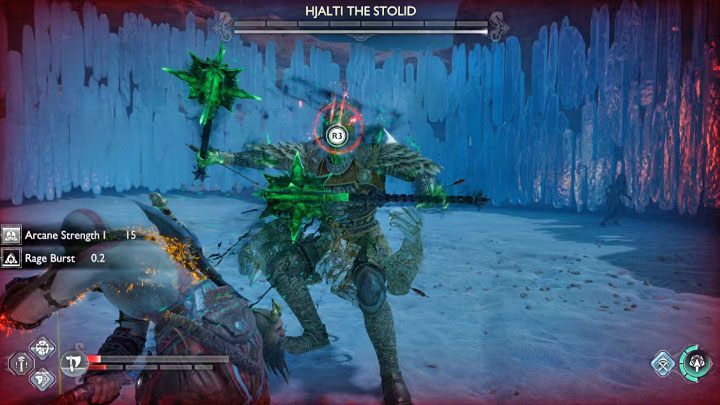 Once Hjalti's health bar is depleted, there will be an opportunity to perform an execution on the boss - press R3.